Young Ukrainian star Marta Kostyuk said she won’t shake hands with Russian or Belarusian players at the Australian Open if they don’t stand firmly enough against the invasion of her homeland.

She first took the stance last September when she refused to shake the hand of Belarusian Victoria Azarenka at the US Open. 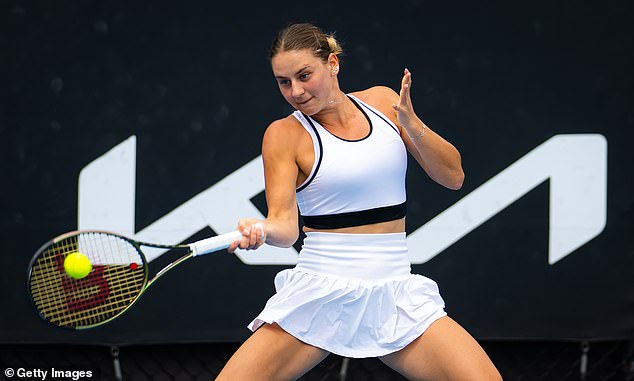 The 20-year-old has reached the third round of the Australian Open twice before and said her position will continue with her family remaining at home in Kyiv.

‘I haven’t changed about the war and everything that’s going on, on tour,’ Kostyuk said at the Open.

‘Because people who just say they don’t want war, it makes us (Ukraine) sound like we want war.

‘Obviously, we don’t want the war, too.’ 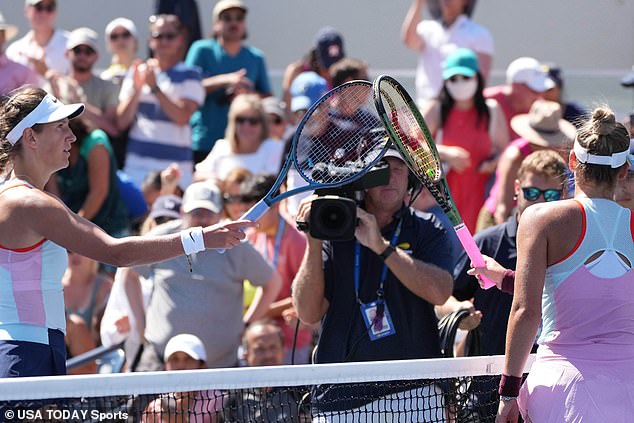 Outside of matches, Kostyuk said she barely speaks to Russian and Belarusian players on the tour.

‘Whoever speaks out clearly I believe has every right to be on tour but whoever doesn’t … I don’t think it’s just humane,’ she said.

Her stance comes as the Tennis Australia (TA) crackdown on supporters bringing Russian flags into Melbourne Park was flouted just after it was put in place.

TA had initially permitted spectators to bring Russian and Belarusian flags to Melbourne Park, as long as they did not cause disruption.

But that policy was reversed on Tuesday morning after a Russian flag was prominently displayed courtside during Baindl’s three-set victory over Russian Kamilla Rakhimova on Monday, drawing condemnation on social media from Ukraine’s ambassador to Australia, Vasyl Myroshnychenko. 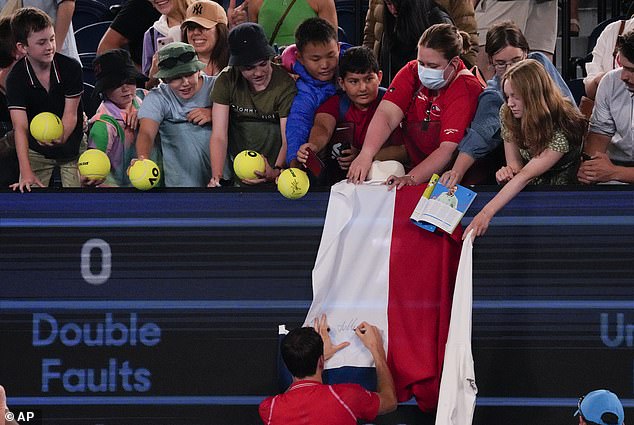 ‘Flags from Russia and Belarus are banned onsite at the Australian Open,’ TA said in a statement.

‘Our initial policy was that fans could bring them in but could not use them to cause disruption.

‘Yesterday we had an incident where a flag was placed courtside. The ban will be effective immediately.’

However, a Russian flag was seen being displayed in the stands during Andrey Rublev’s win over Dominic Thiem on John Cain Arena that day. 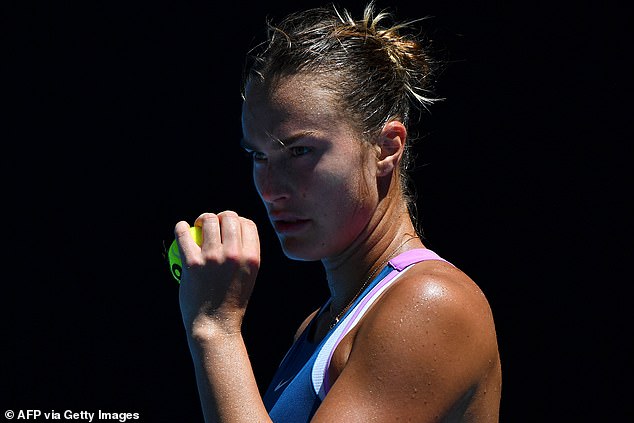 Belarusian star Aryna Sabalenka, who is the highest-ranked Russian or Belarusian player in the women’s draw, said she had ‘zero control’ over the flag situation.

‘I really thought that sport is nothing to do with politics,’ the fifth seed said after her first-round demolition of Czech Tereza Martincova on Tuesday.

‘But if everyone feels better this way, then it’s OK. No flags, no flags OK.

‘I’m pretty sure they (Ukrainians are) upset about that, and if Tennis Australia made this decision to make them feel better, they did it, I mean, what can I do. I can do nothing.’

Russian and Belarusian players are allowed to compete at the first grand slam tournament of 2023, but must do so under a neutral banner.

They were banned by the All England club from participating at Wimbledon last year in reaction to Russia’s ongoing invasion of Ukraine.

Russia is Belarus’ largest and most important economic and political partner. 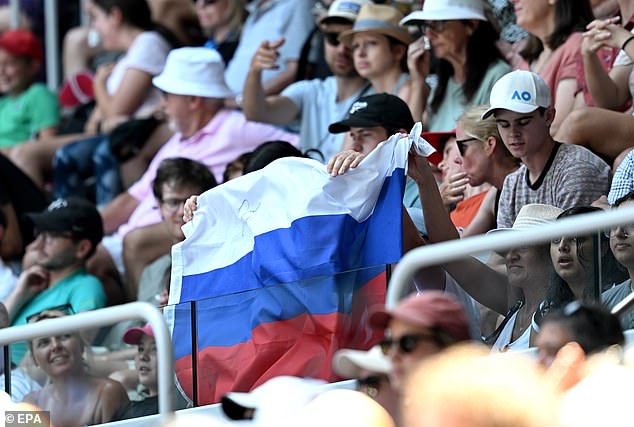 The decision to ban the flags has received widespread condemnation from neutral tennis fans.

‘Very discriminatory to ban certain flags. Ban all or none,’ one posted.

‘All flags should be banned and politics should have no place in sport. Players are not responsible for the actions of their governments,’ said another.

Others were supportive of the move.

‘Now isn’t the time to show any acceptance or respect for Russian symbols,’ one fan posted.