Thiem relishes chance to do some damage at Australian Open

Major winner Dominic Thiem is tempering expectations in his comeback after a major wrist injury but the former world No. 3 is rapt to be at the Australian Open where he’ll “have the chance to make some damage”.

An Australian Open finalist and US Open champion, Thiem’s slump has been swift after he suffered a tear in his right wrist, forcing him off the circuit for nine months until early last year.

A potential return in Melbourne 12 months ago was aborted late but the world No. 99 has been awarded an Australian Open wildcard for the opening major of 2023. 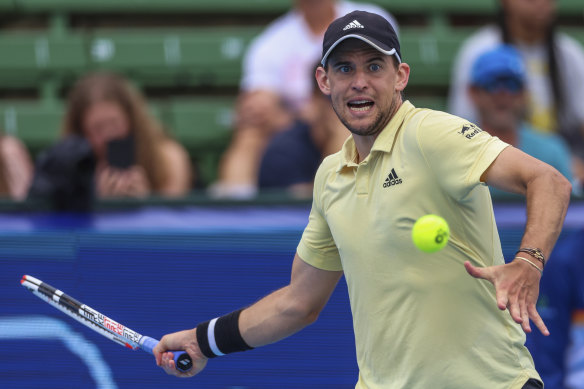 His injury woes personify the myriad scenarios on show in the week before the Open when youngsters with promise vie with players battling to hang on in qualifying. Thiem, however, has been afforded valuable match practice at the Kooyong Classic, an exhibition event at Melbourne’s historic venue that has also attracted Andy Murray, Frances Tiafoe and Taylor Fritz.

Going down to Alex de Minaur 6-4, 6-4 in the Australian’s first match on the centre court that has hosted Davis Cup heroics and was the home of the Australian Open until 1987, Thiem was happy with the hit-out. But he’s not exactly sure how he’ll fare in the cauldron of grand slam competition.

Having not gone beyond a major fourth round since his US Open triumph in 2020, the 29-year-old Austrian is an unknown quantity at Melbourne Park, the rest of 2023 and even beyond when he’ll be a 30-something.

There were opening-round losses at Roland Garros and at the US Open last year and his ranking ballooned out to the mid-350s in June. But when rankings were reissued on Monday, he’d crept back inside the top 100.

“The body is good,” said Thiem, who lost in qualifying for last week’s ATP 250 event in Adelaide.

“Last year was a good step, you know, in a good direction. I just hope I can continue it this year. Hopefully, Australian Open next week is a good start for that.”

Thiem is optimistic about his readiness for slam action, but for a player who pushed Novak Djokovic long and hard in an absorbing five-set Australian Open final in 2020, he knows competition will be fierce.

“Obviously it’s very difficult to go deep in a slam. All the players are on a high level. But we’ll see. I had a good preparation. I should be ready. Let’s see how the first match is going.” 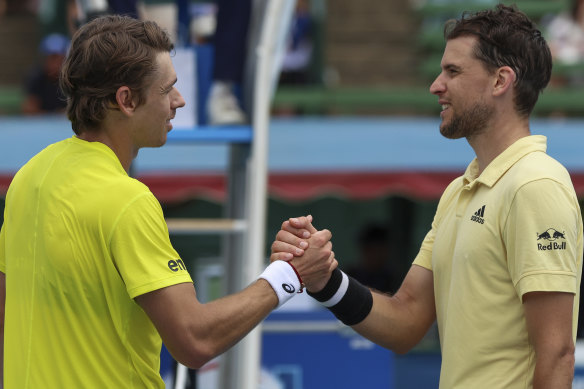 Thiem has had multiple setbacks since he first injured the tendon sheath in his wrist. He maintains a positive outlook and puts the ups and downs of pro tennis in perspective.

“It was an interesting experience, you know,” he said of the injury battle.

“Probably no top athlete will go through his career without a major injury. I had mine one-and-a-half years ago on the wrist, which was tough, but still [an] experience which helped me. I’m trying to get on my way back and let’s see if I can make it.”

Thiem jumped at the chance to play at Kooyong when a spot opened up thanks to world No. 1 Carlos Alcaraz’s withdrawal from the Australian Open. He’s also grateful that Tennis Australia officials put his name forward for wildcard status.

“It’s a great honour and a big possibility for me,” he said.

“I did great work last year and also in preparation for this grand slam to at least have the chance to make some damage.”