Indian Wells took the bold decision to cancel their Masters 1000 event two days before the tournament was due to commence. More competitions are expected to follow suit as the deadly coronavirus continues to spread around the world.

The Riverside County Public Health department has declared a public health emergency in the Coachella Valley area after a confirmed case of coronavirus.

That lead to Indian Wells organisers shutting their event down to prevent the danger to players, staff and fans.

A host of measures were rolled out by the competition, including a no touch policy and gloves for ball kids.

Players were set to take the unusual approach of carrying their own towels and water bottles – but now they will instead be sent home.

The next event on the tennis calendar is the second leg of the Sunshine Double in Miami, which gets underway on March 24. 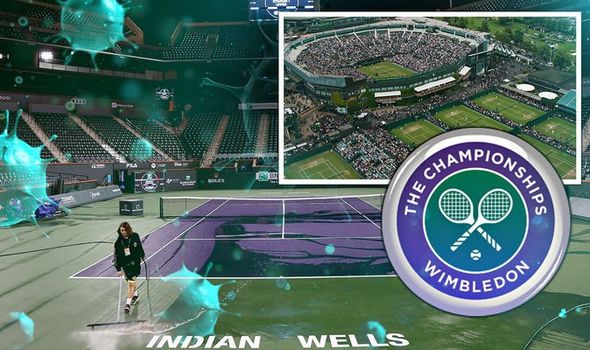 However, there are fears no tennis will be played at the Miami Open, especially as Ultra Music Festival, which is also held in the same city over the same week, has been cancelled.

After the two American hard court tournaments players return to Europe to kick off the clay season.

The Monte Carlo Masters has a strong possibility of being abandoned as it neighbours northern Italy, where over 16million people are in quarantine.

Italy has one of the worst coronavirus outbreaks in the world and big question marks hang over the Italian Open in Rome.

Italy’s Serie A – the highest level of football in the country – has ordered all matches to be played behind closed doors until further notice.

Barcelona could be forced to play their Champions League clash with Napoli next week in front of an empty stadium and the Catalan capital’s marathon has been called off.

That could lead to serious implications for the Barcelona Open in late April.

If the spread of the disease is not quelled and no vaccine is discovered in the coming weeks then the Grand Slam tournaments, which are generally higher attended events, will have some major decisions to make. 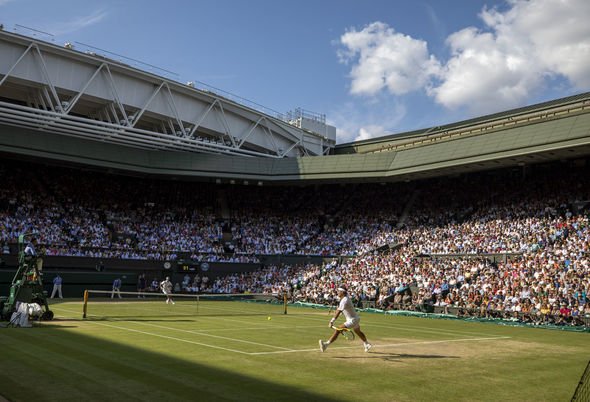 The French Open is due to commence on May 24 but the latest revelation coming from the capital this morning is that a worker at Disneyland Paris has tested positive for coronavirus.

That was followed by news that Paris Saint-Germain’s Champions League clash with Borussia Dortmund will be played behind closed doors.

If the disease continues to spread at the current rate tournament organisers will have to act accordingly.

After the French Open attention will turn to Wimbledon – where London is trying to get to grips with the outbreak.

The UK government are drawing up contingency plans which could see the Premier League season finished behind closed doors.

That throws uncertainty on Euro 2020 fixtures which are due to take place at Wembley and also raises questions over Wimbledon’s summer of tennisWorryingly Wimbledon College has been closed for two weeks due to a member of staff contracting the disease during a trip to Italy.

“Doesn’t bode well for the tour if IW cancelled for 1 confirmed case in Coachella Valley,” he tweeted.