Roger Federer weighs in on chances of coaching after retirement 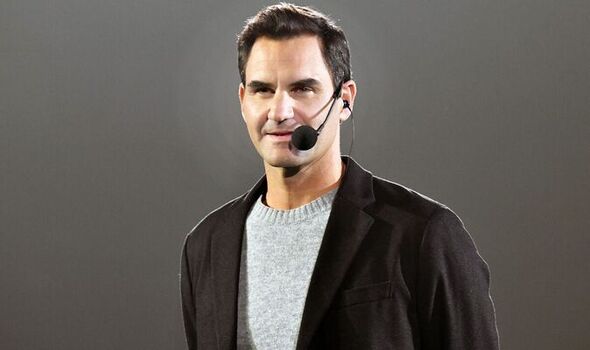 Roger Federer has given his verdict on whether he would consider becoming a tennis coach following his recent retirement. It has been less than two months since the 20-time Grand Slam champion hung up his racket at the Laver Cup and he committed to remaining involved in tennis but has not yet decided how he would like to stay in the sport.

Federer’s 24-year career came to an end in September as he had his last dance in London’s O2 Arena at the Laver Cup, playing one final match in the doubles alongside long-time friend and rival Rafael Nadal. The Swiss star announced the news a week earlier as he admitted he had to listen to his body and retire but vowed to stay involved in tennis.

The 41-year-old is still in the early stages of his retirement and made his first public appearance since ending his career during Uniqlo’s LifeWear day over the weekend, where he weighed in on one of the potential routes he could take after walking away from professional tennis. Federer shut down the idea of creating an academy before weighing up the prospect of becoming a coach.

“I’m the product of Swiss tennis, of the federation,” he said during his appearance in Tokyo, where fans got to see him on a tennis court once again as he held a clinic with Uniqlo. “I will always have that with me, which is why it’s hard to create my own academy, because I feel like that would potentially go against the federation who I am too close to.”

The 103-time title winner also said he would continue hosting kids’ training sessions with his sponsor but said he wasn’t in a place to take up a role as a tennis coach for the time being, though refused to rule it out.“I think with the Next Gen development programme here at Uniqlo I will be doing more mentorship and inspirational kids day clinics for the moment,” he added.

“Coaching…I mean, never say never. Stefan Edberg said the same, he will never coach, until he got the phone call from me and I invited him over for practice and he said ‘ok, let me try for a year.’” While Federer wasn’t ready to become a full-time coach just yet, he said he was always happy to hand out some guidance to up-and-coming players.

The former world No 1 continued: “At the moment with my four children going to school and everything going on, I don’t see myself coaching at the moment. If a junior comes around and he needs some support or advice I’m happy to do that.” His words came as the chairman of the ATP Tour revealed that he “begged” Federer to remain involved in the sport during a private chat at the Laver Cup.

“I spoke to him at the Laver Cup and I begged him to stay involved. He loves the ATP Tour. Honestly, he loves tennis and he’s promised that he’s going to stay around,” Andrea Gaudenzi told Prime Video. “He just needs a bit of time to think about it, in which shape or form but I’m pretty sure we’re gonna see Roger staying close to tennis.”