Rafael Nadal continues his bid for a third Mexican Open title when he takes on Grigor Dimitrov in the semi-finals. Nadal has reached the last four without dropping a set and looked imperious at times.

But Dimitrov impressed on Thursday when he outclassed past Stan Wawrinka and Nadal says he is bracing himself for a tough test.

“[Dimitrov] finished last year much better than how he had played the rest of that year,” Nadal said.

“He started to play some good tennis and is showing it here, winning some very good matches.

“I’m going to need my best and I hope I’m ready to make it happen.” 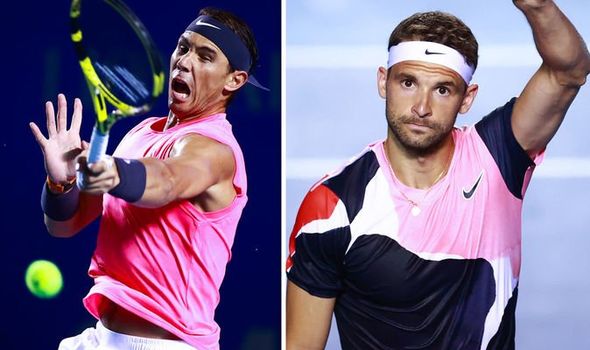 What time does Rafael Nadal vs Grigor Dimitrov start?

Rafael Nadal’s clash with Grigor Dimitrov will get underway following the conclusion of the WTA Tour match between Renata Zarazua and Leylah Fernandez.

It is expected that Nadal and Dimitrov will be on court at around 4am (GMT). 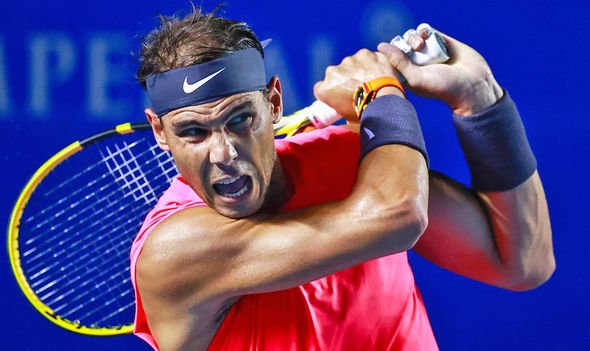 How to watch Rafael Nadal vs Grigor Dimitrov

Coverage of Rafael Nadal vs Grigor Dimitrov will be shown live and exclusively on Amazon Prime.

This year the broadcaster will provide coverage of over 80 tournaments from the ATP and WTA Tours, as well as the US Open, giving customers access to the men’s and women’s tennis all in one place for the first time, and establishing Prime Video as the home for tennis fans in the UK and Ireland, at no additional cost to their Prime membership.

Prime Video will broadcast live, on-site coverage across many ATP and WTA tournaments in 2020, including combined coverage at the upcoming BNP Paribas Open, Indian Wells (11-22 March), Miami Open presented by Itaú (24 March-5 April), Mutua Madrid Open (2-10 May), and Western & Southern Open at Cincinnati (16-23 August), so customers will have the ease of watching both the men’s and women’s tours which take place at the same time and same location, all in one place on Prime Video.

In addition, customers in the UK who subscribe to Eurosport Player through Prime Video Channels can watch Roland-Garros and the Australian Open, as well as daily highlights and live coverage from the men’s and women’s finals of Wimbledon for an additional £6.99 per month (following a 7-day free trial).