Rafael Nadal says coaching the next generation of tennis players could be a potential career move when he retires. At 33 years old, Nadal is in the final part of his career but remains as committed as ever to the sport.

The Spaniard has countless awards but there are still several others for him to accomplish as he competes with Roger Federer and Novak Djokovic on the court.

Off the court, Nadal has made moves to cement his impact on the sport and last month he opened his second academy in Kuwait as he aims to bring through the next great talent from the Middle East.

His first academy at his home in Manacor is widely acclaimed and used by a host of top players to train and practise. 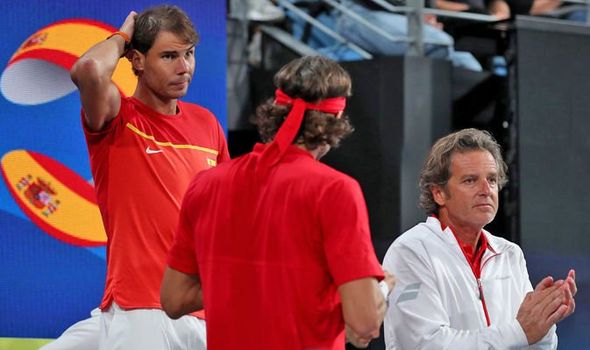 But in an interview with Dubai Eye 103.8 Sport before the academy inauguration in Kuwait, Nadal was asked if he saw himself coaching on the tour one day like Goran Ivanisevic with Novak Djokovic and Carlos Moya with him.

And the world No 2 refused to rule out that possibility.

“I have a tennis academy to run and I think we are doing the right work there I think,” he said.

“We have a new academy in Kuwait and hopefully it will not be the last one. 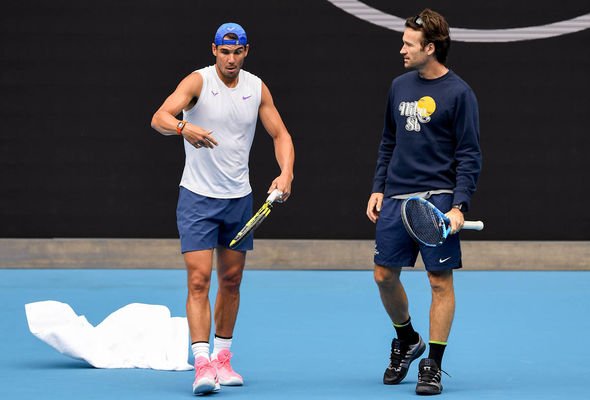 “We are open to see different options so why not? I am preparing my future to keep being involved in this beautiful sport like tennis and I think I will be around the world of tennis in the future.

“It is an important part of my life so let’s see what goes on. Never say never.”

Nadal’s comments echo those made by Moya, who told Spanish publication Las Provincias recently that he expected the 19-time Grand Slam champion to stay within the sport.

He said: “He has his academy next to his house, which is going to be his legacy to tennis and he will surely enjoy it.

“[Then] that and other businesses that are already emerging [for him].

“He will be presented with opportunities. It is clear that he will continue to be linked to sport. I honestly do not see him as a politician.

“I don’t think it’s something that appeals to him, but it’s my point of view.”