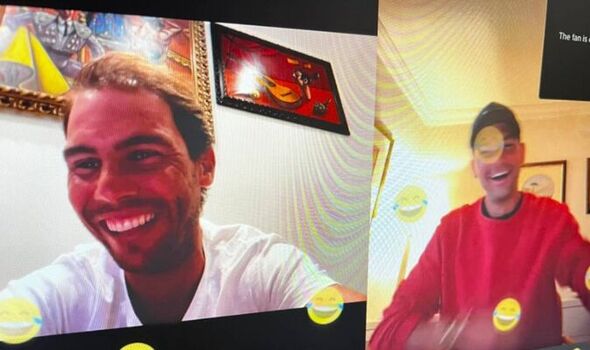 Rafael Nadal has jokingly warned Grigor Dimitrov that he will be “very expensive” if the Bulgarian tennis stars wants to bring the 22-time major champion in as a coach in the future. Nadal dropped hints during the French Open that he is playing the “final matches” of his career.

The Spaniard has been suffering from Mueller-Weiss Syndrome since being diagnosed back in 2005. Nadal has been able to cope with the chronic injury for most of his career, but he’s had to pick his tournaments wisely in the past year.

He’s set to battle through the pain at Wimbledon next week in his bid to win the coveted Calendar Slam. But Nadal is now facing increased questions on when he plans to retire and even his fellow professionals have now begun asking about his final days on tour.

The 36-year-old caught up with Dimitrov on a platform called FanJolt, where celebrities can connect and interact with fans from around the world. The pair spoke about a variety of topics and interacted with several fans on the platform. 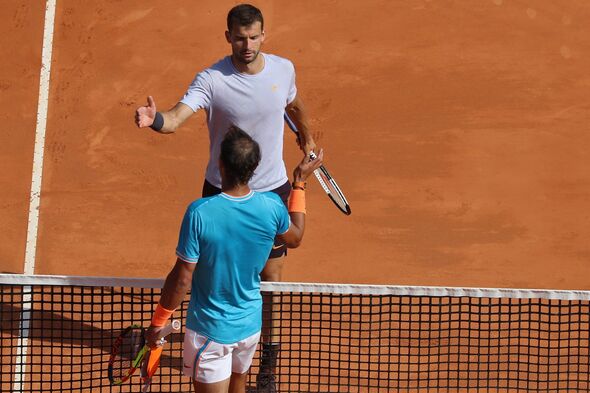 But it was Dimitrov’s exchange with Nadal which grabbed the attention of many and even drew a laugh from the latter. Dimitrov asked Nadal: “Okay, how about this? Hypothetically, you’re done with your career, let’s say in ten years. I will call you and say, ‘Rafa, can you come with me for three clay-court tournaments.”

Nadal took a second and then jokingly replied: “I’m very expensive [laughs].” Dimitrov tried again with a negotiation. He said: “I’ll pay for two tournaments and the third one, you do for free.”

And Nadal appeared to agree to those terms so long as there was a party if Dimitrov won a title. “Of course, you know I’m there,” he added.

“I don’t know if I will be able to help but of course, I’m going to put everything that I have to help. But if you win the title, we’re going to have a big party. That’s the only request that I have.”

Dimitrov was in action at Queen’s last week in preparation for Wimbledon and beat Cam Norrie in the opening round. But the 31-year-old then lost to Botic van de Zandschulp in the round-of-16, while Nadal opted against playing a warm-up event on grass.