Rafael Nadal says he can’t wait to represent Spain at the Tokyo Olympics, calling it ‘the most important event in the world of sports’. Nadal won gold in the singles in Beijing then in 2016 he teamed up with his good friend Marc Lopez to win the doubles at the Rio Olympics.

This year’s event comes during a busy summer which includes Wimbledon, two Masters 1000 events and culminating in the US Open.

Those tournaments among others are high on Nadal’s agenda for the season.

But in an interview with Dubai Eye 103.8 Sport before the inauguration of his academy in Kuwait, Nadal was asked if the Olympics were his ‘main focus’ for 2020.

And the Spaniard insisted that while he is taking each tournament as they come, he is excited to play in Tokyo. 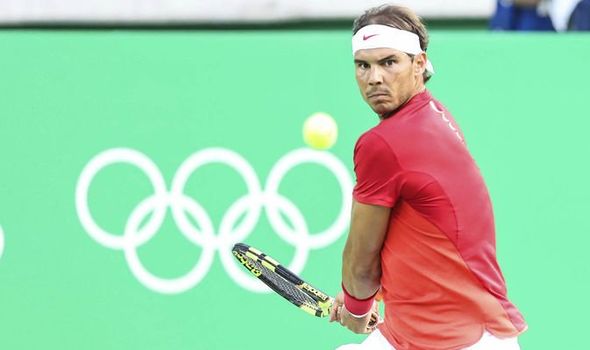 “I don’t know [if it is my main goal]. I’m just playing the calendar to try to be ready for every single event that I am going to play,” he said.

“Of course the Olympic games is the most important event in the world of sports so I hope to be ready to be part of another Olympics.

“I am excited about it and lets see how things go in the coldest months before the Olympics comes.

“I am just happy and excited about this 2020 season that is special because we have the Olympics and I hope to be ready to fight for my personal goals.” 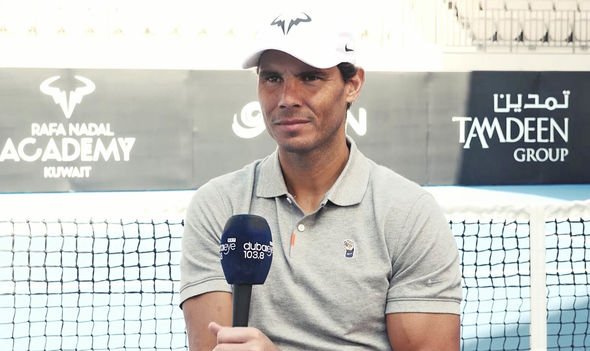 Amid the ongoing coronavirus crisis, there are fears the Olympics could be postponed.

In reaction, the Japanese government has ordered a two-week quarantine for all visitors from China and South Korea.

It was reported that the number of confirmed cases had risen to 1,036 nationwide as of Thursday morning, 36 more than the previous day.

The Japanese Rugby Football Union has said next month’s Asia Sevens Invitational, which doubles as a test event for rugby sevens at the Tokyo Olympics, had been cancelled due to concerns over the outbreak.

Under the host city contract, the International Olympic Committee has the right to terminate the contract if it has reasonable grounds to believe the safety of the Games would be seriously threatened.

But the Tokyo 2020 organisers have declined to comment on their contingency plan for large natural disasters.

And IOC president Thomas Bach has expressed his confidence that the Summer Games will go ahead as planned.