Novak Djokovic says he intends to compete at the Australian Open after he was freed from government detention on Monday.

The 34-year-old, who has been held at a detention hotel in Melbourne since last Wednesday after his visa was cancelled by the Australian government, has already resumed training ahead of the tournament which is due to begin on January 17.

‘I’m pleased and grateful that the judge overturned my visa cancellation. Despite all that has happened, I want to stay and try to compete at the Australian Open,’ Djokovic wrote in a message on social media.

‘I remain focused on that. I flew here to play at one of the most important events we have in front of the amazing fans.

‘For now I cannot say more but THANK YOU all for standing with me through all this and encouraging me to stay strong.’

Speaking at a family press conference on Monday afternoon, Djokovic’s brother, Djordje, revealed that the 20-time Grand Slam winner is already preparing for the upcoming tournament.

‘Novak is free, a few moments ago he trained, he was on the tennis court,’ he said.

‘He went to Australia to play tennis, he’s at trying to win the Australian Open to get a record he’s been chasing for so many years.’

Meanwhile, Djokovic’s mother Dijana claimed: ‘Novak was subject to torture, harassment. We will hear even more about what he has gone through.’

‘The game that has been played over the past five or six days has been incredibly difficult for him and his family,’ he said.

‘He was met at the airport and they took away all the rights he had as a human being.

‘They attempted to persuade him to sign that he was revoking his visa so that he could be sent back to Serbia, he refused to sign that document because there was no reason for it.

‘They gave him no right to communicate with his lawyers, his team, his friends. They even took away his phone.’ 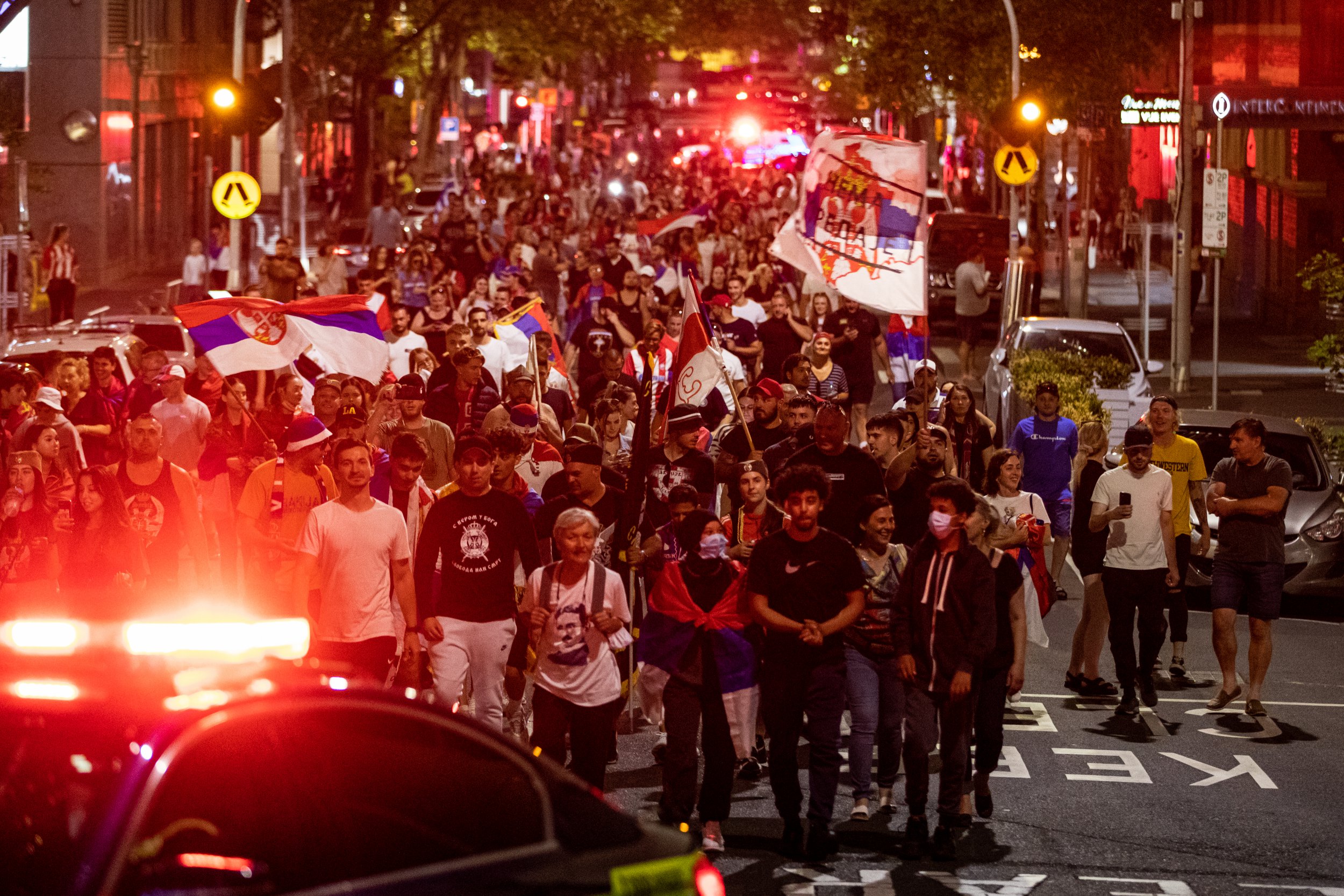 Djokovic was freed on Monday after an Australian federal judge overturned the government’s initial decision to cancel the 34-year-old’s visa last week.

Tennis’ world No.1 had been detained since last Wednesday after border officials refused his medical exemption which allows him to enter Australia without having the Covid vaccine.

During the court hearing on Monday, judge Anthony Kelly asked, ‘what more could this man have done?’ to prove his exemption and criticised Australian government officials for not giving Djokovic enough time to provide more evidence before he was detained.

Djokovic, who revealed during his interrogation with border officials that he is not vaccinated but tested positive for Covid in December, could still be deported as Australia’s immigration minister, Alex Hawke, has the ‘personal power’ to revoke the visa at any time, even though a decision was not made after the court’s ruling on Monday.

A spokesperson for Hawke said on Monday evening: ‘Following today’s Federal Court determination on a procedural ground, it remains within Immigration Minister Hawke’s discretion to consider cancelling Mr Djokovic’s visa under his personal power of cancellation within section 133C(3) of the Migration Act.

‘The Minister is currently considering the matter and the process remains ongoing.’

After being released from immigration detention on Monday, Djokovic was taken to his lawyer’s office before reports had claimed that the Serb’s father Srdjan had said his son had been re-arrested by Australian police.

However, the large police presence outside was simply there to control the crowds before Djokovic was transferred to a private location.

Supporters clashed with police after a black car was seen driving away from the office of Djokovic’s legal representatives. Police used pepper spray in order to control the crowds with people becoming increasingly agitated.

Djokovic is now back on court and is aiming to win the 10th Australian Open title of his career.