Home » Tennis » Nick Kyrgios given £12,000 fine for racket-smashing antics in US Open

Nick Kyrgios given £12,000 fine for racket-smashing antics in US Open

Nick Kyrgios has been fined £12,000 after he smashed two tennis rackets after his defeat to Karen Khachanov at the US Open. The Aussie, who has a reputation for picking up sanctions for his behaviour, has racked up £28,200 in punishments from the New York tournament alone with other penalties being given for spitting and swearing.

Kyrgios and Khachanov were involved in a marathon match at Flushing Meadow with the five-set affair being wrapped up after three hours and 41 minutes. The Russian eventually took the match 7-5, 4-6, 7-5, 6-7, 6-4 after breaking the world No 25 in his first service game of the final set, holding on to his advantage to reach a major semi-final for the first time.

However, the length of the match had clearly taken its toll on his Aussie opponent, with the No 23 seed taking his frustrations out on his rackets. He had earlier smashed another, alongside a water bottle when he lost serve in the last leg of the third set after previously passing up four break point opportunities, falling behind in the match.

Now it has been confirmed that Kyrgios has been fined for his actions with organisers slapping a £12,000 fine on his actions, taking him up to a total of £28,200 for the whole tournament. It is the biggest singular fine of the tournament so far. 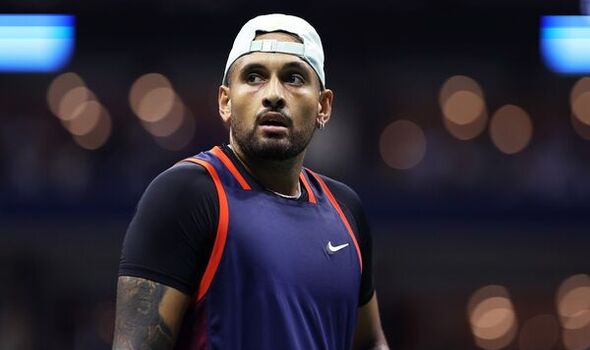 The Australian was incredibly disappointed to be knocked out of the tournament as his wait for the first major title goes on. Speaking after the match, he told reporters that he felt he had let other people down.  “I feel like s***,” he told reporters. “I feel like I’ve let so many people down. I feel like these four tournaments are the only ones that ever are going to matter. You got to start it all again. I have to wait till the Australian Open.

“All people remember at a Grand Slam is whether you win or you lose. Just feel like it was either winning it all or nothing at all, to be honest. I feel like I’ve just failed at this event right now. I just came out flat, physically didn’t feel great and then I ended up feeling great towards the end of the match. 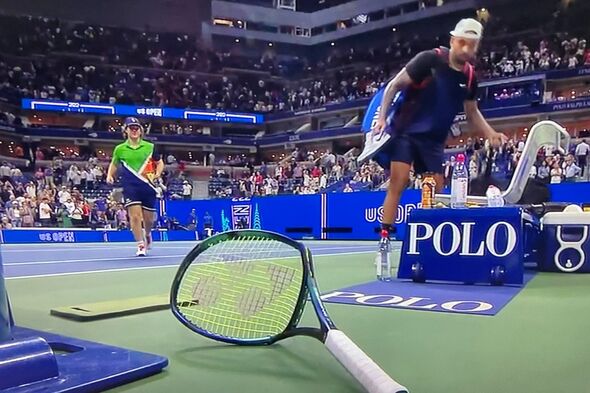 “I’m obviously devastated but all credit to Karen, he’s a fighter he’s a warrior and I thought he served really good today, honestly probably the best server I’ve played all tournament, to be honest.

“He played the big points well. There wasn’t really anything in it. It’s just devastating. Like it’s heartbreaking. Not just for me but for everyone I know who wants me to win.”