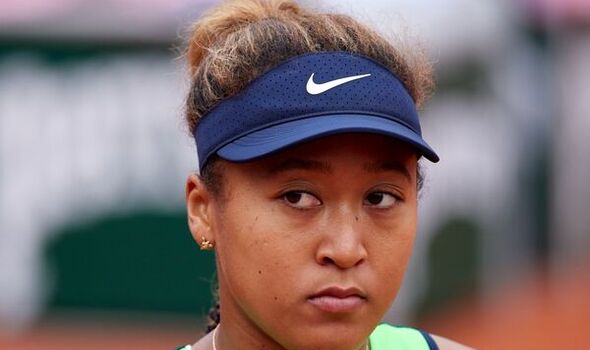 Tennis star Naomi Osaka has shared her terrifying experience on social media after being part of a crowd who panicked after false reports of gunshots being fired outside the Barclays Center in Brooklyn, New York following the Gervonta Davis vs Rolando Romero Showtime pay-per-view fight in the arena.

Osaka, who was recently knocked out of the French Open in the first round, was in attendance at the event, which Davis won with a knockout in the sixth round. Videos circulating on social media showed the crowd appearing to rush out of the arena once the fight had been concluded amid reports of the shots.

The NYPD have denied these rumours, however, with a spokesman telling the New York Post: “It’s a large crowd condition. No shots fired. No one shot outside the Barclay’s Center.”

Some spectators have allegedly been injured during the crush as the public attempted to head for the exits. And Osaka shared her experience with her 1.1million followers on Twitter.

“I was just in the Barclays center and suddenly I heard shouting and saw people running, then we were being yelled at that there was an active shooter and we had to huddle in a room and close the doors, I was so f***** petrified man,” she wrote.

She later went on to add: “I really hope everyone made it out safely, since I’m tweeting this we made it out ok.” A number of journalists on the scene also gave their account of what happened.

Reporter Ryan Sonaglia told The Post: “We’re used to brawls at boxing events but recent headlines and the panic of the crowd made many of us worried that our worst fears would come true. Thankfully we were able to return to our seats to file our stories and exit safely.”

He added that people were “definitely frightened, it wasn’t like they were just moving back inside to get away from a few people throwing punches. It was as if they were running for their lives.”