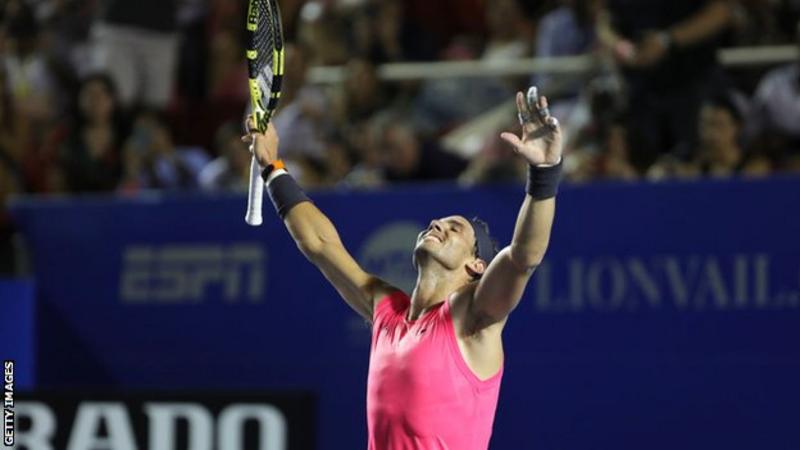 World number two Rafael Nadal has won his third Mexican Open title after cruising past Taylor Fritz 6-3 6-2 in the final.

Top seed Nadal did not lose a set all tournament and powered past Fritz at Acapulco to win his 85th singles title, and his first of the season.

“I couldn’t be happier, I played great from beginning to end,” Nadal said.

“Acapulco was the first big title that I won in my career, so to be able to stay here after 15 years is amazing.”

The Spaniard’s first two Mexican titles were on clay in 2005 and 2013, but he completed his hat-trick on hard court.

World number 35 Fritz was facing Nadal for the first time, despite playing in his fifth ATP Tour final, and the 22-year-old American said his opponent is one of the “best ever”.

“He’s one of the best players to ever play the game and he showed me why that is tonight,” Fritz said.

Nadal joins David Ferrer and Thomas Muster as the only players to win at least three singles titles at the event.