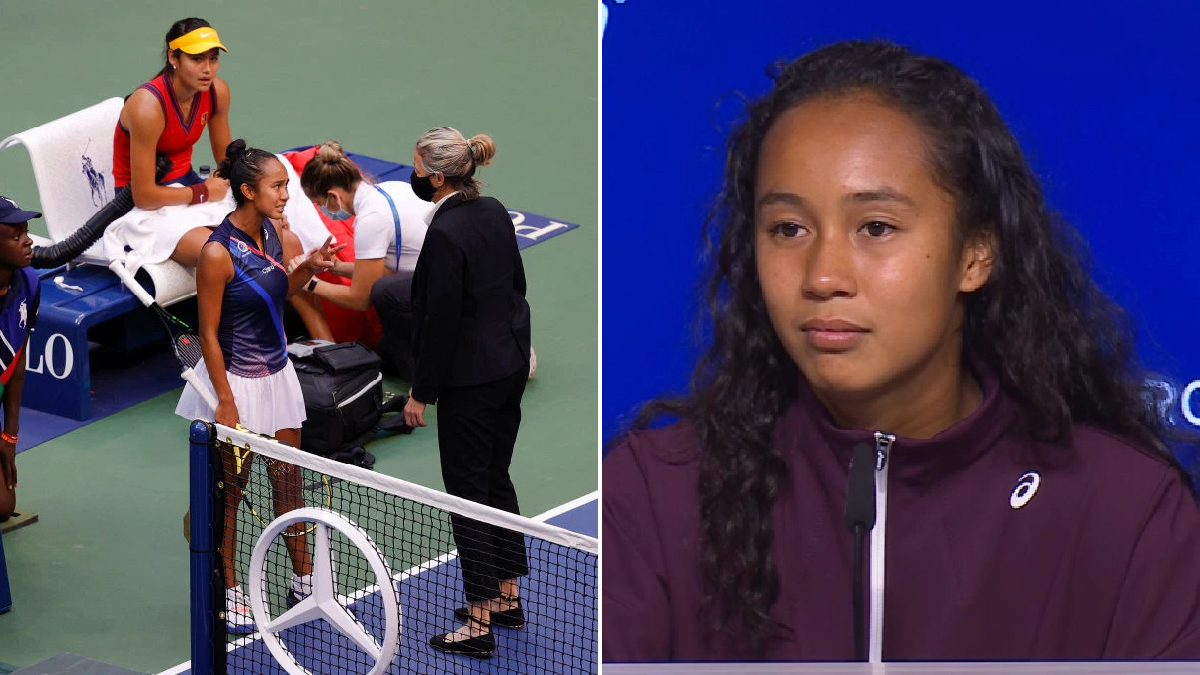 Leylah Fernandez says she was unaware of the rules surrounding Emma Raducanu’s dramatic medical timeout in the US Open final after arguing with an official on court.

The Canadian was beaten in straight sets 6-4 6-3 by 18-year-old sensation Raducanu on Saturday, with the Brit becoming the first qualifier ever to win a Grand Slam – and she did so without dropping a set in 10 matches across her three weeks in Flushing Meadows.

There was a moment of controversy though as she served for the match, scraping her knee on the court as she slid for a return with the umpire calling for a medical timeout on break point.

Fernandez, whose growing momentum and crowd support was suddenly quietened, was livid with the decision as timeouts usually only happen on changeovers and argued with both the umpire and the tournament referee.

But the rules state that if a player is bleeding then play must stop immediately so they can be treated, with Raducanu getting patched back up before saving break point and then going on to win the match.

Fernandez was still visibly annoyed afterwards, shaking her head at the timeout which allowed her opponent to recompose herself, though now concedes it was a reaction ‘in the heat of the moment’.

Asked about the situation, the 19-year-old explained at her post-match press conference: ‘I honestly did not know what was happening with Emma.

‘I didn’t know how serious her fall was, so that’s why I went to see the official and ask her about it.

‘You know what, it just happened in the heat of the moment. It was just too bad that it happened in that specific moment with me, with the momentum. But it’s sports, it’s tennis. Just got to move on.’

Fernandez was gracious in defeat and full of praise for Raducanu, feeling that the ever-so-slightly younger Brit capitalised on her mistakes in what was a high-quality final at the Arthur Ashe Stadium.

She continued: ‘Emma is a very good player. She’s been playing incredibly these last few months with a lot of confidence.

‘I unfortunately today did one too many mistakes. I think Emma noticed it and she just took advantage of it. She did good. Hopefully we’ll have many more tournaments together and many more finals.’