Frances Tiafoe was warmly consoled by tennis icon Juan Martin del Potro after the American suffered a crushing defeat in the US Open semi-finals. Tiafoe inspired a nation as he reached the final four in the fourth and final Grand Slam of the year.

Alcaraz has never reached a major final before, but the 19-year-old has dominated headlines after climbing the rankings and starring all season. His win over Tiafoe was his third successive five-set match as he became the youngest man to reach the US Open final since Pete Sampras in style.

The performance ended the sensational run by Tiafoe, who was hoping to become the first American to reach the men’s final since Andy Roddick won the 2003 US Open. The 24-year-old was visibly heartbroken following his defeat, and organisers recognised the moment between him and the crowd. 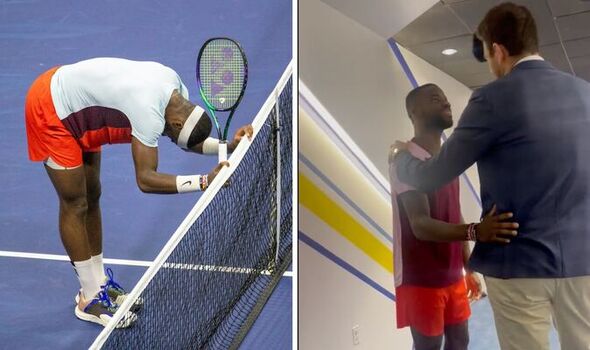 Tiafoe addressed the crowd following the loss to Alcaraz, thanking the fans in attendance for their support. The moment broke tradition as the loser usually does not speak to the crowd post-game, but Tiafoe promised to come back stronger.

As he headed back to the locker room, Tiafoe was greeted by 2009 US Open champion Del Potro. The Argentine suffered a number of heartbreaking results across his storied career and clearly offered his thoughts and words to help console the American.

In a video posted to Twitter by the tennis legend, Del Potro embraced Tiafoe warmly. The clip was captioned: “Hugs, I love you, @FTiafoe, @usopen.” 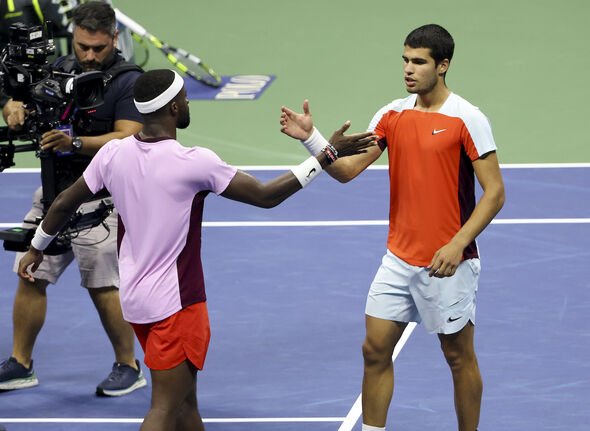 Following his tremendous run to the US Open semi-finals, Tiafoe pulled out of the United States team set to play group stage matches in the Davis Cup next week in Scotland. Tiafoe was the first American man to reach the final four in Flushing Meadows since Roddick in 2006.

Alcaraz will face Casper Ruud in Sunday’s final, with World No.1 status also on the line. The champion will replace Russian star Daniil Medvedev atop the rankings after he crashed out in the last 16.