Iga Swiatek makes ‘disgusting’ admission ahead of US Open final 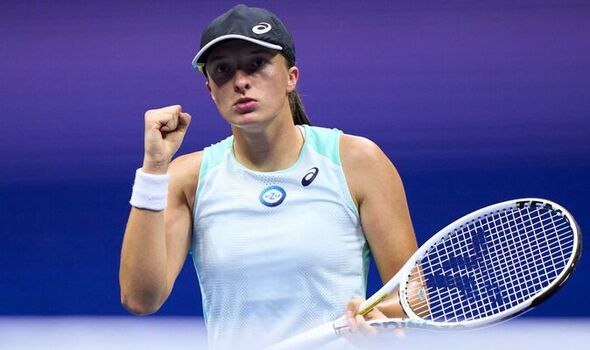 Iga Swiatek and Ons Jabeur will face off in the US Open final on Saturday, with the world No 1 bidding for her third Grand Slam title while the Tunisian will be trying to win her first after coming close in the recent Wimbledon final. Swiatek is the favourite going into the match with a 9-0 record in finals but was close to crashing out in the previous round when she trailed Aryna Sabalenka 2-4 in the final set of the semi-final, and shared the “disgusting” reason she made it to her maiden US Open championship match.

Swiatek has enjoyed a wildly successful season, reaching world No 1 and winning her second French Open crown – the last of six successive titles she lifted earlier in the season. And the Pole is continuing her impressive year after reaching a maiden US Open final, where she will bid for her third Grand Slam title and first away from a clay court.

The 21-year-old didn’t have an easy way into the final as she lost the first set of her semi-final against seventh seed Sabalenka, taking an off-court bathroom break before storming back to take the second 6-1 and force a decider. She then found herself a break down in the final set with the Belarusian leading 4-2, and reeled off four games in a row to book her spot in the final.

After her 3-6 6-1 6-4 win, the top seed was asked what she told herself during the bathroom break to be able to turn things around and win the second set so easily, and admitted that it was something else that helped her gain momentum. “It’s more what I did,” the world No 1 laughed.

JUST IN: Alcaraz rivalry likened to Federer and Nadal after 3am US Open match 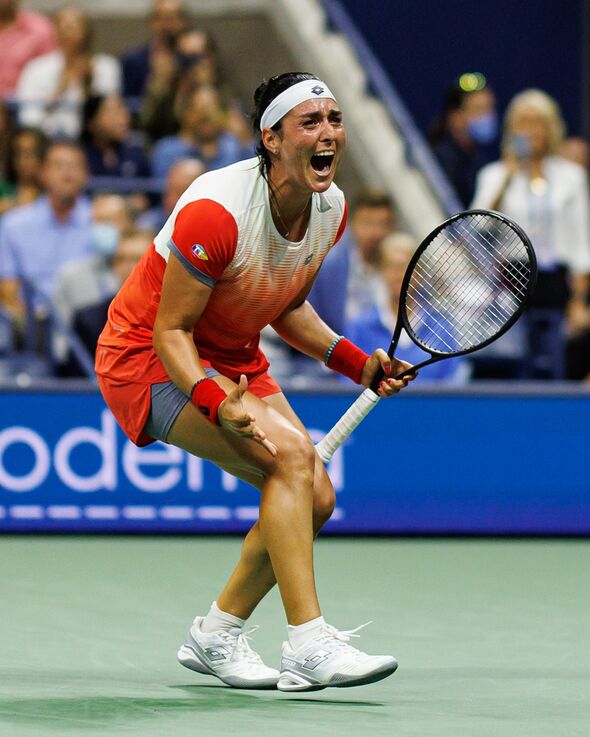 “I kind of needed to go, But yeah, um. Well, for sure I felt lighter.” And Swiatek shared her thoughts on her hilarious admission, adding: “Sorry, that’s disgusting.” It wasn’t the first time a bathroom break had offered relief to a Grand Slam champion this fortnight, as Serena Williams admitted it helped her get a win over second seed Anett Kontaveit in the second round.

Before her career came to an end with a three-set defeat to Ajla Tomljanovic in the third round, Williams proved she was still a huge competitor as she took out the world No 2. She took the first set in a tiebreak before dropping the second, and also took a toilet break before coming out to win 7-6(4) 2-6 6-2. 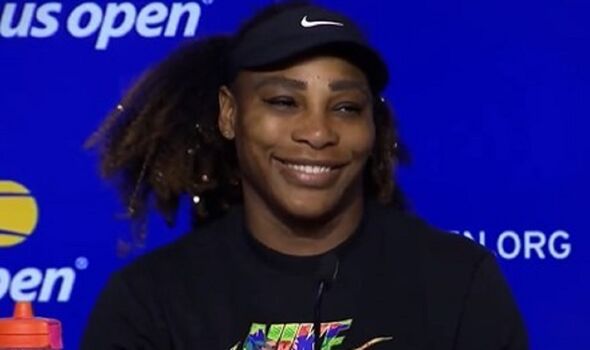 During her post-match press conference, the 23-time Major champion was asked whether she told herself anything to motivate herself ahead of a dominant final set but didn’t give the expected answer. “Yeah, no. I just got lighter,” she smiled, adding: “Use your imagination.”

But unlike Swiatek, the former world No 1 clarified: “But it wasn’t number two,” receiving a collection of laughs from the press room.