The British No 2 served up six aces on the way to victory over the 17-year-old, with the pair battling it out for almost three hours.

Watson squandered five championship points in the second-set tie-break but eventually wrapped up a fourth WTA title on her 10th match point. 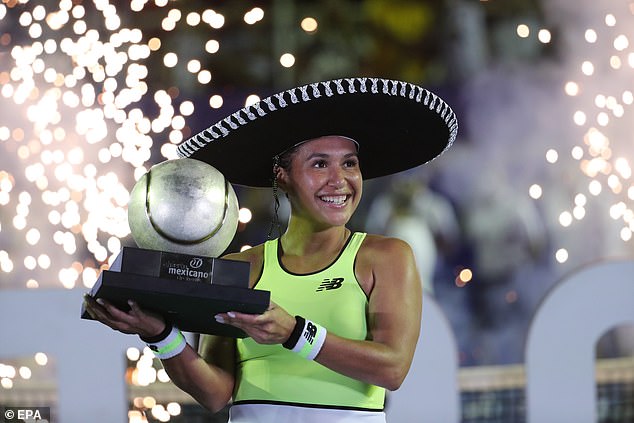 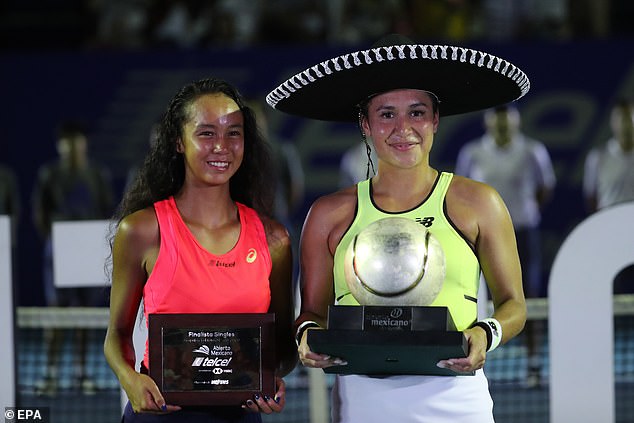 ‘I’m so happy to get my fourth title,’ Watson said in quotes reported by wtatennis.com. ‘It’s been a few years, so I’m just really, really happy I came through that match.

‘It was heartbreaking losing the second set, but I also reminded myself that I also saved a lot of set points before that. It was so close, both of us had our chances.

‘I just had to leave that set behind me, even though I had my opportunities, and just remind myself that it’s just a tennis match and it won’t be the end of the world if I don’t win. Just play every point and focus on just that one point, that next point.’ 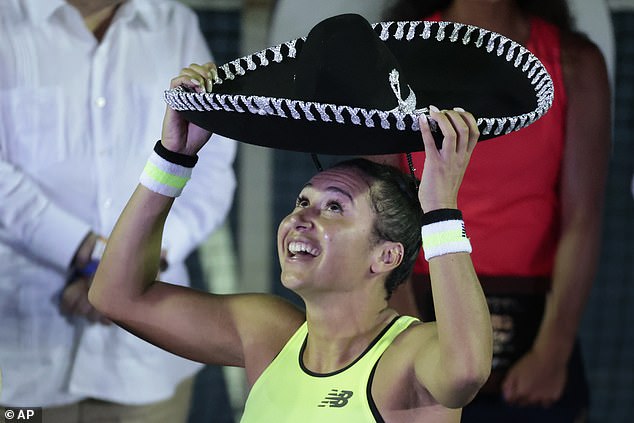 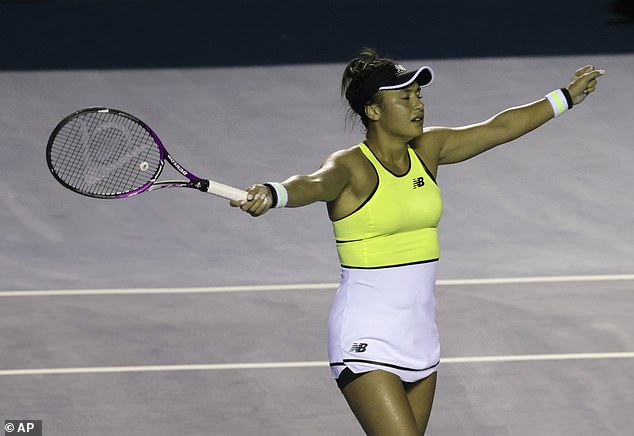 Watson had to defeat another teenager, China’s Wang Xiyu, to reach her fifth WTA Tour final in Acapulco.

She last won a title in 2016, also in Mexico, and it has been a tough road since.

The 27-year-old has dipped in and out of the top 100, but she ended last season by reaching the final of the Tianjin Open and has not looked back.

She began 2020 by making the semi-finals of the Hobart International and Saturday’s victory will return her to the top 50 for the first time in nearly four years.