Heather Watson ended her four-year WTA title drought by winning the Mexican Open this morning. The Brit was taken the distance by Canada’s Leylah Fernandez in the final, which she won 6-4, 6-7(8), 6-1.

Watson had not won an WTA title since her impressive run in Acapulco four years ago.

The 27-year-old is gradually getting back to her best form and served up six aces in the near three-hour battle.

Five Championship points passed the Guernsey-born star in the second set but she romped through the decider, dropping just one game.

Watson took her WTA title tally up to four and she will climb into the top 50 of the world rankings tomorrow.

“I’m so happy to get my fourth title,” Watson said. “It’s been a few years, so I’m just really, really happy I came through that match. 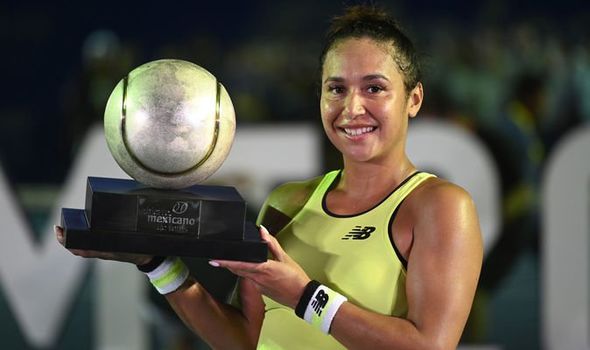 “It was heartbreaking losing the second set, but I also reminded myself that I also saved a lot of set points before that. It was so close, both of us had our chances.

“I just had to leave that set behind me, even though I had my opportunities, and just remind myself that it’s just a tennis match and it won’t be the end of the world if I don’t win. Just play every point and focus on just that one point, that next point.”

Meanwhile in the men’s draw world No 2 Rafael Nadal beat Taylor Fritz 6-3, 6-2 in his final.

The Spaniard claimed his third Mexican Open title which edges him closer to Novak Djokovic in the race for the world No 1.

“It is an important title for me within an important moment of the season,” Nadal said. “It came from having a not bad but improvable start to the year.

“I think I got a little saturated at the beginning because I link a lot. I had little rest time at the end of the season past the Davis Cup and everything.

“I’m leaving Acapulco with the goal more than met. Winning one of the best tournaments in the world is always adding something else in my career. Now it’s my turn to enjoy and prepare Indian Wells later.” 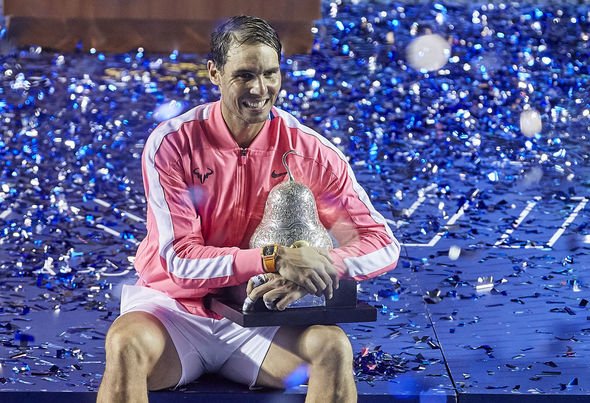 Yesterday Djokovic maintained his unbeaten run in 2020 with a 6-3, 6-4 win over Stefanos Tsitsipas in the Dubai Championship final.

He said: “It was a great week. Today against Stef it’s never easy, he’s one of the best players in the world and has been on a great run.

“One break of serve decided that first set. It was very close even though it was a straight sets win.”