Roger Federer: The fans are the centre of everything

Former world No 1 Andy Roddick believes Roger Federer’s gesture towards his team after his final tennis match was evidence of his ‘classy’ nature. Federer teamed up with long-term rival and friend Rafael Nadal for one final doubles event before calling time on his glittering career.

Federer and Nadal lost against Frances Tiafoe and Jack Sock at the Laver Cup. But the main event was to wave goodbye to Federer following a quarter-century at the top of the sport, in which the Swiss won 20 Grand Slams.

Ex-US Open winner Roddick noticed that Federer brought out his entire team to bow in front of the crowd. The 40-year-old said that Federer doing so on a night dedicated to his career was testament to his character.

“It’s moments like this when you are able to take a moment to step back and realise that we are all a family on some level in this weird little tennis world, on this tour. We’re selfish day-to-day but looking back on a career, you’re thankful for those relationships. You’re thankful for the cheers that a certain person gets,” Roddick told Tennis Channel. 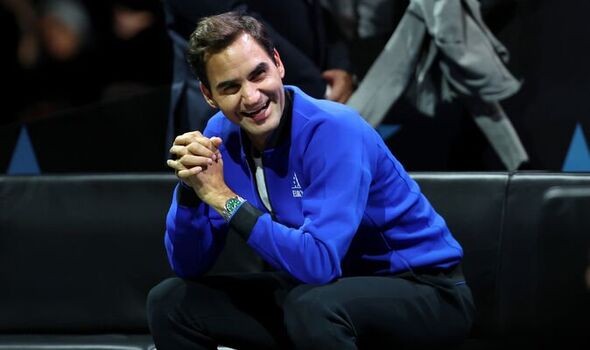 “Those all become familiar feelings. Kudos to Roger for really enjoying it and making it about his team. He’s a true class act.

“Even on his night, on his retirement when all eyes were on him, what does he do? He brings his team out to take a bow with them at the end of the event. I think that just goes to show where his mind is at.

“On a personal level, I’m thankful to have shared some of the biggest stages with Roger. It never went my way but he was classy in defeat and he was classy in victory. I will always be thankful for the respect that he has shown me, also.” 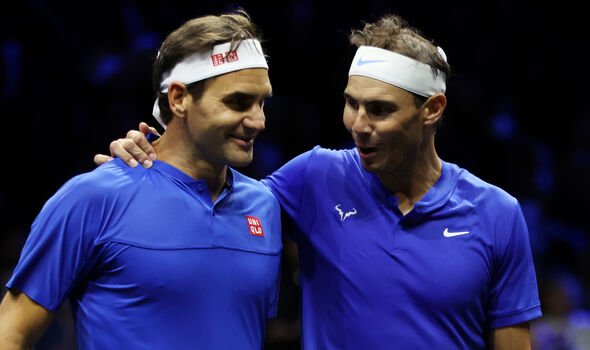 It comes after Marin Cilic echoed the same sentiments, with the Croatian paying tribute to the ‘class’ of Federer.

Cilic tweeted: “Humble in victory, gracious in defeat. Even in the toughest moments, always looking out for others, his teammates, opponents, fans, family. The epitome of class. You will be so very missed.”

Federer and Nadal conducted an emotional press conference after their defeat on Friday, with both speaking candidly about their relationship. Spaniard Nadal said it felt like an ‘important part of my life’ was also departing.

The 36-year-old, who has since withdrawn from the Laver Cup, said: “With Roger leaving the tour, yeah, an important part of my life is leaving too because all the moments that he has been next [to] or in front of me. So it’s been emotional to see the family, to see all the people.”