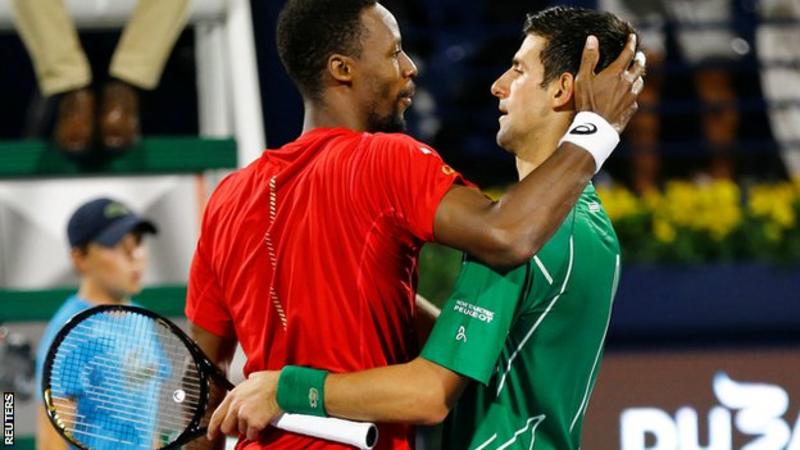 World number one Novak Djokovic survived a scare to beat France’s Gael Monfils and set up a final against Dan Evans’ conqueror Stefanos Tsitsipas at the Dubai Tennis Championships.

The Serb now aims to win a fifth Dubai title as Tsitsipas goes for his first.

“It truly was an escape,” said Djokovic. “He was clearly the better player for two sets and I was fortunate to work my way back in the second set.

“Gael is playing as well as he has ever. I have played him many times and it is very difficult to go through him. I know I have a good defence but what he did today for two sets was unbelievable.”

Monfils, 34, was aiming for a first victory over Djokovic at his 17th attempt and started the match in blistering fashion, claiming two breaks of serve to win the opening set.

The French world number nine broke again to go 2-1 up in the second set before Djokovic battled back to level at 3-3.

The top seed wasted two set points at 5-4 but was then forced to save three match points in the tie break before finally levelling the match.

He then eased past Monfils in the third with three breaks of serve. 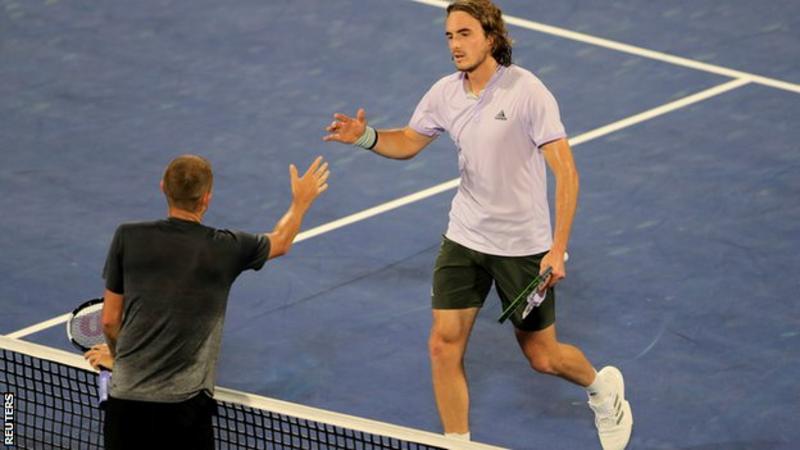 But he was never able to get a foothold in his first match against Tsitsipas, who won in 81 minutes.

“I just managed to stay solid throughout the whole match,” said Tsitsipas, who was runner-up to Roger Federer in Dubai last year.

“I didn’t have massive breakdowns and just played a quality of tennis which I enjoyed. I am really impressed by the quality of my game today and I really hope to bring the same and possibly even better in the next round.”

Tsitsipas won 90% of the points on his first serve and did not face a break point in the match, while world number 37 Evans was broken twice in each set as his hopes of making a first final in an ATP 500 event were dashed.