Cam Norrie crashes out of US Open in Andrey Rublev defeat 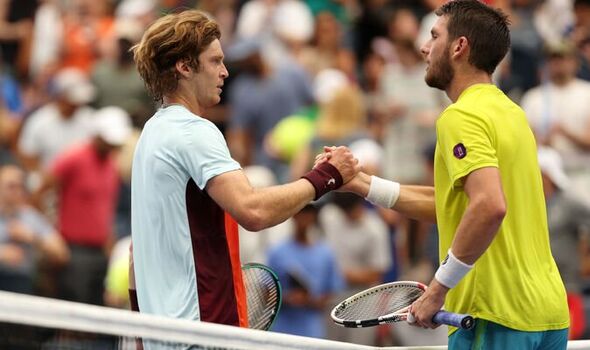 The No.7 seed was outclassed 6-4 6-4 6-4 by world 11 Andrey Rublev in a flat performance in the Louis Armstrong Stadium. The British No.1, who has been so consistent this year, lacked his usual timing and relentless intensity and he took only one break point after two hours and 10 minutes.

That only came after a brief revival when he even got a code violation for throwing his racquet in frustration in the third set.

On the Labor Day holiday here, Norrie chose the wrong time to have an off-day.

In the battle between the Harry Styles superfan Rublev and yellow-clad Norrie – who dubbed himself SpongeBob – the Brit was squarely beaten.
It was like watching the old Norrie in action when he failed to get past the third round in his first 18 attempts.

He reached the fourth round for the first time here but his best Grand Slam victory in terms of rankings remains beating world No.13 Diego Schwartzman here in 2020
He did not beat a player in the world’s top 30 to reach the Wimbledon semi-final before he lost to Novak Djokovic. 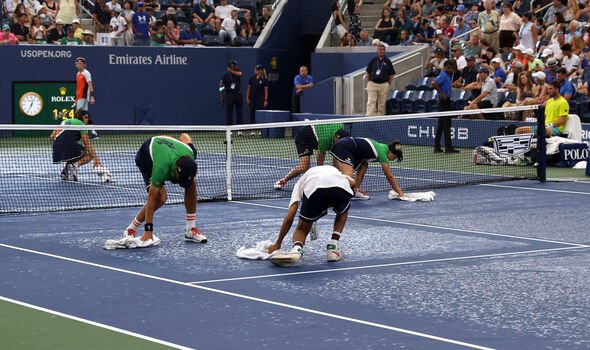 Rublev had needed two five-set matches to reach the third round while Norrie had not just dropped a set.

That stat changed after 36 minutes of attritional play in humid conditions. The pair had one gruelling rally of 35 shots – the second longest in the tournament – before Norrie ended a sloppy game on his serve at 4-4 by hitting a tame backhand into the net. Rublev wrapped up the first set in 36 minutes with an ace.

The British No.1 was broken again in the third game of the second set after he shanked one forehand out of the Louis Armstrong Stadium. He failed to take

At 3-2, play was paused as drizzle started but the organisers failed to close the roof. Two games later heavy rain started and play was delayed for 24 minutes before the court was dried.

But Rublev was able to resume his dominance as he took his second set point with a service winner.

Norrie was broken again in the fifth game of the third set when he slapped another forehand into the net. And he showed rare emotion in the next game by breaking his racquet before winning the next points and making his first and only break of the match. He then held to lead 4-3 after a lucky net cord – and he ducked as Rublev hit the ball into the net in anger.

Yet the revival did not last as Rublev produced another superb backhand pass shot to break the Norrie serve for the fourth time at 4-4. And the Russian took his second match point after two hours and 26 minutes when Norrie dumped another backhand into the net.

Rublev said: “I played a good match. Cam was maybe a bit tight because in some moments he helped me.”