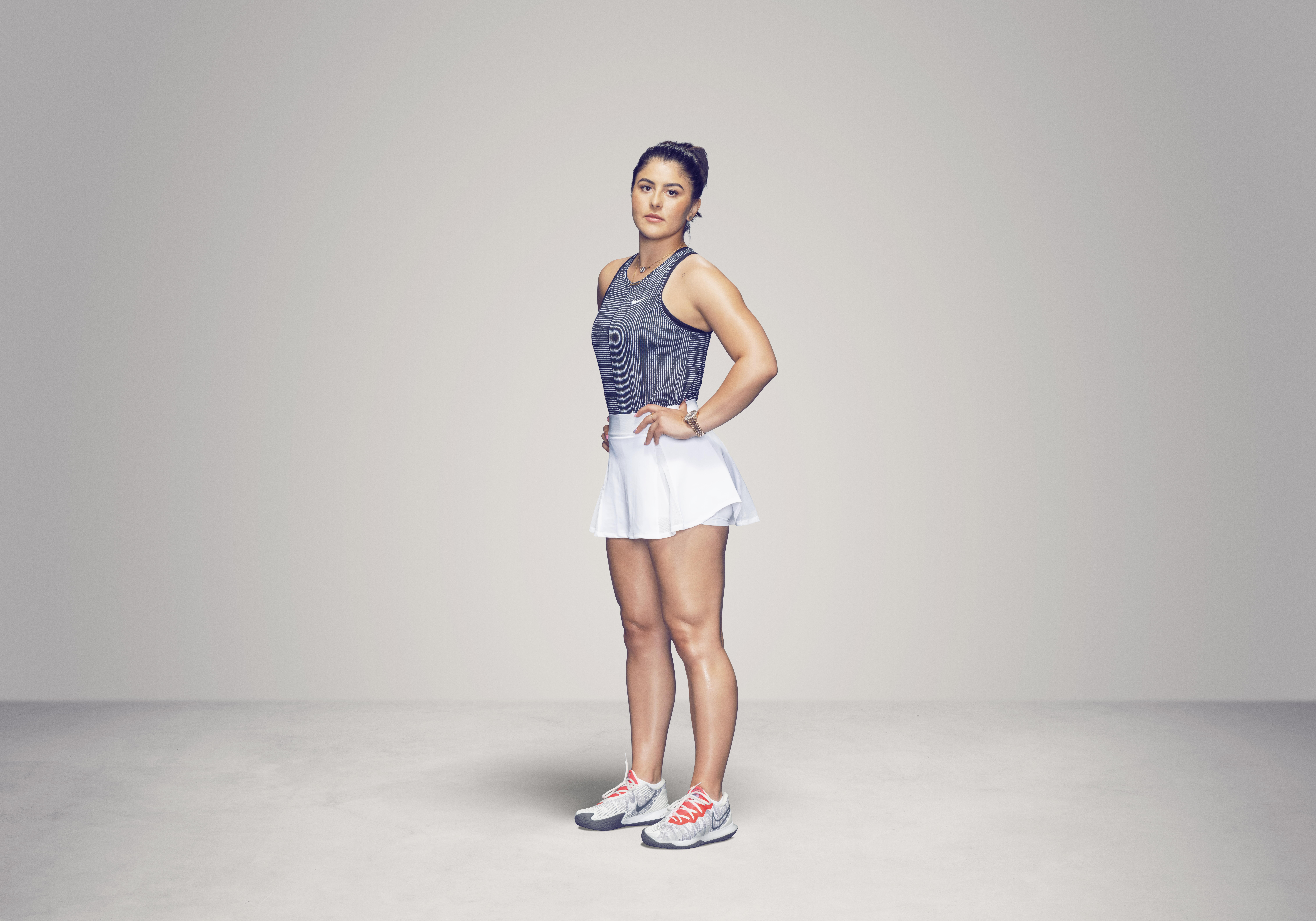 I won’t lie, the period that followed after winning my first Grand Slam title was really tough.

I’d risen to world No. 4 from outside the top-150 at the start of 2019 and beaten one of the all-time greats, Serena Williams, in my first major final at the US Open.

But then, boom. I get injured.

After six months on the sidelines, I’m ready to make my comeback at Indian Wells and then that’s cancelled due to the start of the coronavirus pandemic.

I was just at home twiddling my thumbs for like six or seven months, occasionally training but there were so many restrictions that it was tough to hit the court.

I ended up missing all three Grand Slams in 2020 as I recuperated from a knee injury and I was basically off for 14 months in total.

Things haven’t been particularly easy since I came back either. I got thrust into hard quarantine in Australia after my coach tested positive for Covid and the same happened in Madrid after I returned a positive test.

While it’s been super frustrating – and sometimes it felt like the world was crashing down! – I do always try to keep the big picture in mind. People have it way worse – and there were a couple of benefits from the time away.

I was able to see how life is without tennis and, honestly, I didn’t enjoy it that much! At least compared to life with tennis.

I was at least able to spend more time with family, friends, which normally is hard when you’re on tour and I was able to just sit down and reevaluate my life because I had so much time on my hands.

That wasn’t always easy but I did it, I had to do it. I realised a lot of things in my life because of it.

It’s helped me realise what’s important to me and what I want to achieve from my career.

I want to stay grounded. I want to never forget my roots, where I came from, how everything started and all the hard work I put in.

I never want to take anything for granted, to continue to be grateful for the life I have, even if things are not going my way.

I’ll continue setting goals for myself, whether it’s a small process goal or an achievement goal. Right now, my goal for this upcoming year is to stay injury free, that’s number one.

Developing mentally, physically, emotionally, spiritually – all of that is really important to me. On the court, I want to become No. 1 in the world. I don’t know if that’s pushing it for this year, maybe top-three and then go from there.

I think I’ve learned a lot from the physical problems I’ve had over the past couple of years.

I don’t like to say that I’m injury prone. For sure, other players haven’t got as hurt as me, maybe – especially at my age – but I think that comes from overtraining, not scheduling things properly, not having the right fitness camp… A bunch of things.

But right now I feel like I’m at the point where I don’t have to go through what I’ve been through. Yeah, anything can happen, freak accidents like spraining ankle on court or something like that – like what happened in the Miami Open final against Ash Barty earlier this year – but that stuff just happens.

Scheduling is super important for me, I want to have that set so I know what tournaments I’m playing all the time and just try to adapt as much as I can.

It’s a really exciting time for the women’s game. There are so many strong young players: Naomi Osaka, Coco Gauff, Sofia Kenin, Iga Swiatek, Ash Barty, Aryna Sabalenka… the list goes on and on.

Especially since we’re super, super young and are doing very well. It will be really cool to have that rivalry.

I can say like it’s like the new: Nadal-Federer or Serena-Maria, you know? I don’t want to compare myself to them but it’ll be cool to see if that can be a thing. I think it will be.

I’ve always been confident I can handle myself in the big occasions and think I proved that against Serena in 2019.

Playing her a few weeks earlier at the Rogers Cup definitely helped me. I know we didn’t play a full match because she retired with an injury but I knew how I felt before and during the match and I was able to better control my feelings and emotions before the US Open final.

What I’ve noticed since my first Slam win is how much players are raising their games against me.

It was obviously hugely disappointing to lose to Tamara Zidansek in the first round of the French Open a few weeks back but it did at least make me feel better knowing she then went on to reach the semi-finals. It kind of made my loss a little less bad.

I have to expect that every player right now is going to be playing their best tennis against me or at least trying as hard as they can maybe compared to other matches.

I’m just putting myself in their shoes because I remember how it was and I remember going out there and just playing and doing my best and trying as hard as I can against these top players. Plus there’s less pressure too, they’re playing a player that’s ranked higher than you, whether it’s subconscious or not. I have to be aware of them from now on.

Obviously now the focus is turning to Wimbledon, where I’m the fifth seed and start against France’s Alize Cornet on Monday.

Unbelievably, this is only my second main draw match at Wimbledon! And I played like total crap in the first one.

I lost 6-4 6-3 in the first round to Kristina Kucova, missing balls left and right. I was legit frozen on court.

It can’t get much worse than that and this time I’m here to win the tournament.

I really think I can do it. I still have a lot of confidence in myself and belief. And for me to be able to accomplish that I really have to stay in the present moment, match after match, be myself and stay relaxed, not feel too much pressure and just go for it.

The last couple of years have definitely been challenging and there were moments where I’ve been like, “What the heck am I doing right now?”

But I’m working hard to get back to my 2019 self. Hopefully even better.