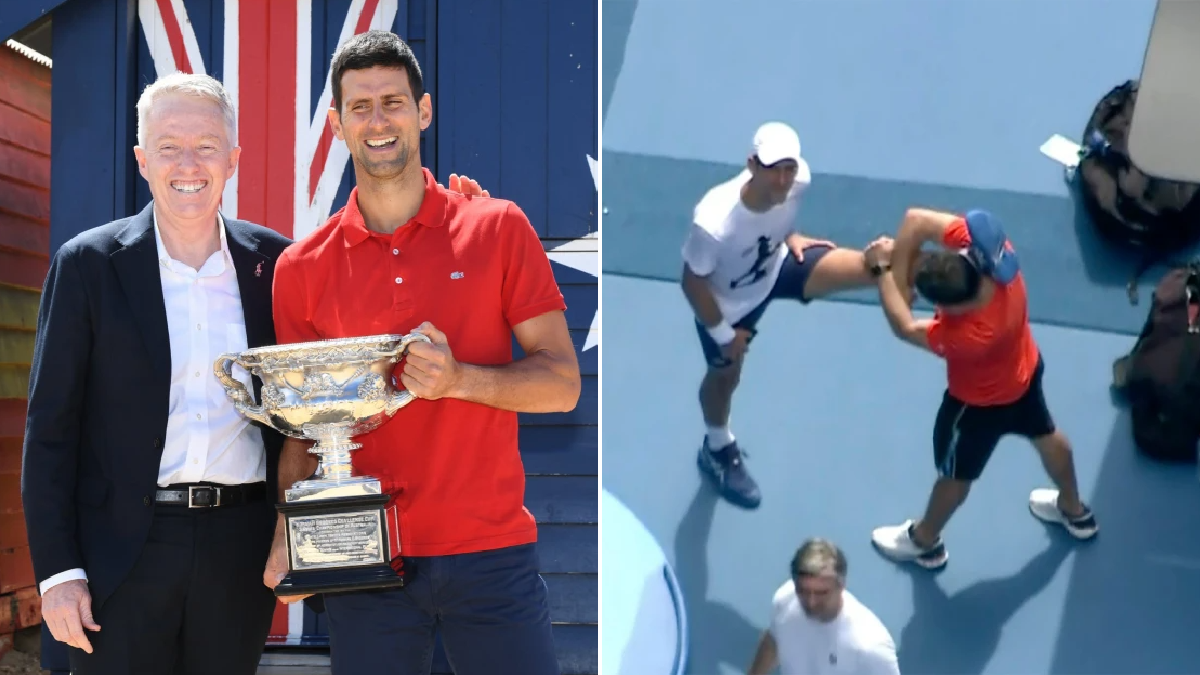 Novak Djokovic spent a second day training at the Rod Laver Arena on Tuesday but his chances of defending his Australian Open title remain in doubt as Immigration Minister Alex Hawke continues to weigh up whether to cancel the world number one’s visa again.

The Serbian tennis star won a court battle to stay in the country on Monday after Judge Anthony Kelly ruled his visa should be reinstated because he was not given enough time to prove he had a visa exemption.

Mr Hawke has since been considering whether to use his personal power under the Migration Act to cancel Djokovic’s visa on public health grounds – a decision which will now run into Wednesday at least.

According to Aussie newspaper The Age, part of the reason for the hold up is because the government are looking into a discrepancy on Djokovic’s Australia Travel Declaration form.

The form – which was submitted by Djokovic’s lawyers as part of his hearing – shows that he selected ‘No’ when asked if he had travelled in the 14 days prior to his flight to Australia.

However, Djokovic may in fact have travelled during that two-week window, having been in Belgrade on December 25 before appearing in Marbella on January 2 – just a couple of days before he flew to Australia.

Djokovic previously told border officials that Tennis Australia had completed the declaration form on his behalf, which could potentially allow him to escape any further sanctions.

Nevertheless, the Australian government intend to investigate the matter, which comes just a day after Djokovic’s brother, Djordje, shut down a press conference after being asked why the 20-time Slam winner was mixing as normal, without a mask, the day after his lawyers say he tested positive for Covid.

He is also believed to have used the gym facilities, stunning many of his fellow tennis players when he arrived.

Prime Minister Scott Morrison, meanwhile, spoke with Serbian counterpart Ana Brnabic on Tuesday morning to discuss Djokovic’s situation in what was described as a ‘constructive call’.