Blue Diamond winner Tagaloa will be the highest-priced stallion to enter the Victorian market, according to Yulong's chief operating officer Sam Fairgray, after the Mangalore stud secured the son of Lord Kanaloa.

Fairgray, who also helped Yulong secure Alabama Express as a future stallion last week, was in talks with Tagaloa's part-owner Ozzie Kheir back in December after the Trent Busuttin and Natalie Young-trained colt impressively won on debut at Moonee Valley. 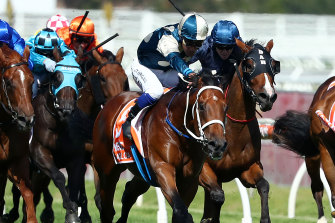 But Kheir told Fairgray to call back after the Blue Diamond, which he did following the colt’s stunning win over previously undefeated star Hanseatic.

"Really pleased to get a horse of his quality, free of Danehill and a Blue Diamond winner," Fairgray said.

"For Victoria, I think it's a fantastic thing. There are a lot of breeders down here that have been looking for this sort of horse, so it's a great opportunity.

But Fairgray hoped there would be more winning in store for the progressive sprinter-miler.

"He'll head up to Sydney and the Slipper is the aim so fingers crossed, if he could do the double it would be fantastic," he said.

Group 1 winner Grunt has 160 mares in foal after his first season as Yulong's maiden stallion, so the two recent additions will extend their roster to three.

But Fairgray said they wouldn't stop there. 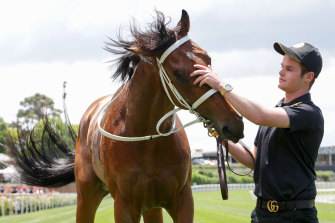 "Obviously it's going to take us a few years to build them up but if we could have 10 quality stallions standing at the farm, that would be the aim," he said.

Yulong, arguably the biggest investor in Victorian racing, has 13 yearlings going through the auction ring at Inglis across the three-day sale, and sold one of the highlights of the sale when a Teofilo colt was knocked down to Ciaron Maher Racing for $460,000 on Sunday morning.

Fairgray said the bay colt had been extremely popular in the lead up to Sunday's sale.

"He has always been a really nice horse and coming here I was thinking $250,000 or $300,000 but everyone loved him and he surpassed that," Faiirgray said.

"It's a good result. He's gone to a good trainer and first foal of a mare we purchased so it's really good."

Fairgray said Yulong wouldn't be in the market for any yearlings this week, instead looking to add to their broodmare band at the Sydney Easter sale.