Home » Sports News » STUART BROAD: Disappointed? Yes. I could have made impact at Gabba

STUART BROAD: Disappointed? Yes. I could have made impact at Gabba

STUART BROAD: Disappointed? Of course. I could have had a positive influence on the Gabba pitch. But now we can’t feel sorry for ourselves

Over the past 12 months, Jimmy Anderson and I tried to ensure we were as fit as could be in the current Covid climate, ready to go and available for all five Tests in Australia. I think we ticked that box.

But England selection is not in the hands of players. It is in those of people who have to make choices based on conditions and the balance of the team and our job now with four matches to go is to be ready for the next of the series in Adelaide on Thursday.

It has been tricky because neither of us have had any actual cricket in the build-up. There have been no tour games, but no one has had a match workload, so we have to be fit when needed. 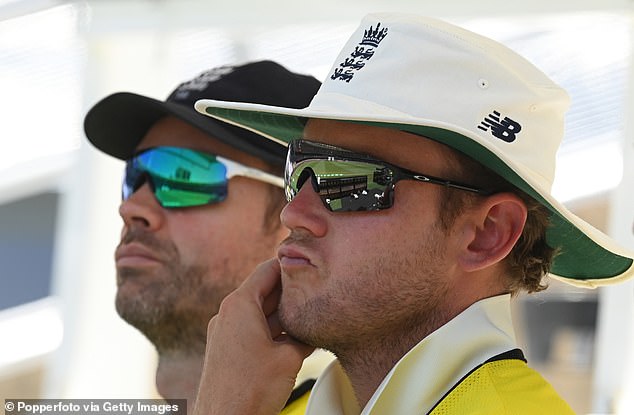 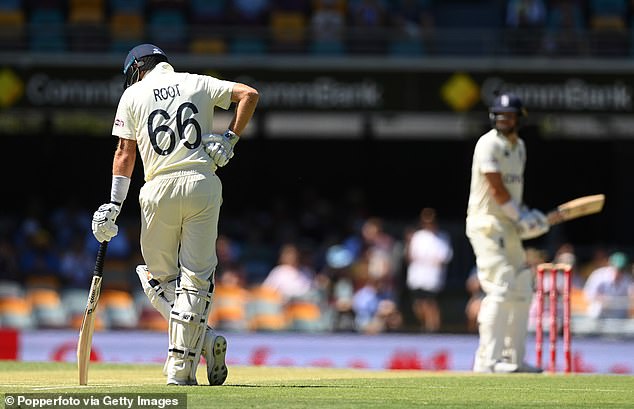 Joe Root’s team were wiped aside by Australia, falling to a nine-wicket defeat in Brisbane

Because of the conditions in the build-up, the team for the first Test wasn’t named early. Instead, a 12 was announced, to be narrowed to an XI next morning and I got the sense that the final decision was between me and Jack Leach.

Call it cricket sense, if you will. It’s not that I’d heard anything to guide my thinking. Sometimes you just get a bit of a feeling within yourself, and my feeling was that I would only play in a five-man seam attack.

I am an experienced player and although Joe Root and Chris Silverwood didn’t give me any clues in the training sessions leading in, I wouldn’t expect any because everyone must prepare as well as they possibly can.

Of course, in my mind I was 100 per cent preparing to play and that’s especially important given my role. As a new-ball bowler, you are faced with bowling one of the most high-pressured deliveries in world sport. 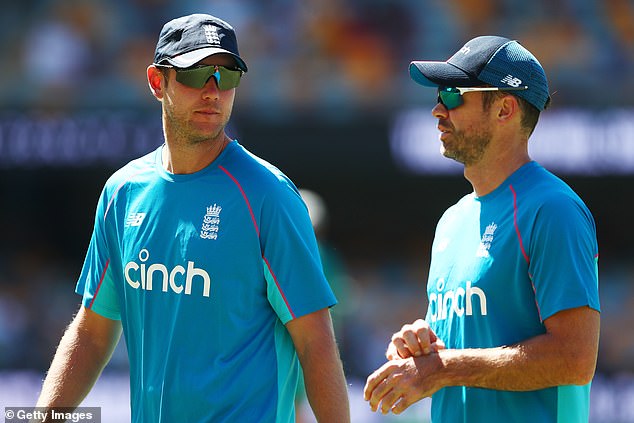 The first ball of an Ashes series at the Gabba has become a very famous event. So, I got myself into a mindset where I was ready to go.

I’ve been left out on numerous occasions and sometimes it comes as a real surprise. This was less of a surprise, maybe because I wasn’t in the team for the previous series against India due to a calf injury.

People were suggesting I’d been dropped but that is factually incorrect. It was not my shirt for the most recent three Tests against India at the end of last summer. So, this was a very different feeling to the one I experienced in Southampton at the start of 2020 when I got left out.

Then, I’d bowled brilliantly in the 2019 Ashes, brilliantly in South Africa and felt the shirt belonged to me. When it was taken away, I felt put out. Angry. Upset.

It would be wrong in this scenario to kick up a stink. On the flip side, I love Ashes cricket, love bowling at the Gabba and feel like I could’ve had a positive influence on a pitch like that.

Of course, I was disappointed not to play but I also realise this series is a marathon and not a sprint. Never have five Test matches been as bunched up as this and it will be exhausting, so realistically I don’t think any seamer will play all five. 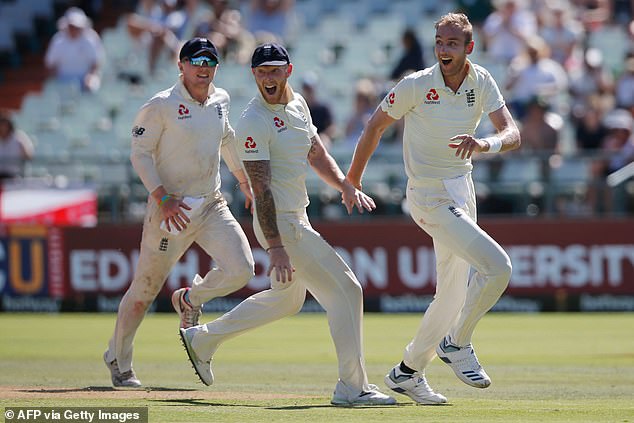 Do I want to be on the field at Hobart in the fifth with the opportunity to do something special? Of course. And if I am not needed before then, we will have done bloody well.

Despite the disappointment, I did see the funny side of things when seconds before the toss, Glenn McGrath approached me and shook my hand between high catches I was practising on the outfield.

‘Congratulations on 150, mate, it’s a special effort, have a great game,’ he said. I thanked him but had to tell him I wasn’t in. An awkward moment but one which raised an embarrassed smile and a chuckle.

For the players that took the field for us in Brisbane, I am sure there are many moments they would want back but you don’t get that in top-flight sport, you only get the chance to recognise how it felt, think about how to improve and then put that improvement into action at a new venue. 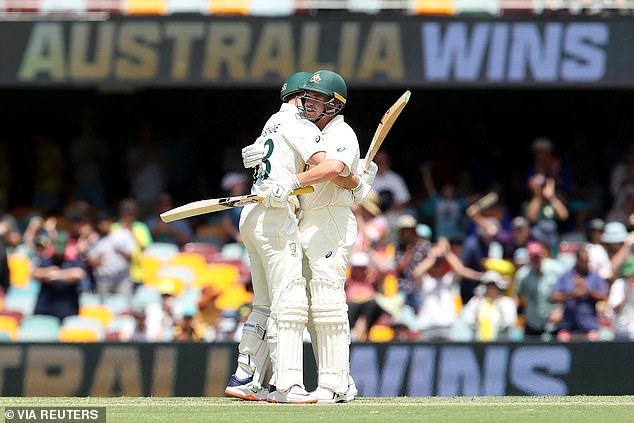 We board the flight to Adelaide on Monday and our training from Tuesday has to be focused on how to win a pink ball Test. Batting and bowling styles for that will be a contrast to those on display at the Gabba.

There is no time to feel sorry for ourselves, dwell on not batting, bowling, or catching very well. We know that’s the case.

More importantly, what specifically can we channel positively into Adelaide? What we mustn’t do is carry negatives with us for the next month. We’ve done that on Ashes tours past and consistently lost. We must pretend it’s 0-0 in a four-match series and go again.

Timing is very important in floodlit Test matches. Conditions change very quickly in certain periods, so you have to recognise them and adapt.

That might mean backloading your seamers to bowl in the twilight period when batting tends to be more challenging, and so the spinners and all-rounders have to do more work up front.

What length is going to hit the top of the stumps with that ball? We have seen when the Australians have done damage with the pink ball in previous Adelaide matches, it has come from a lightly fuller length. 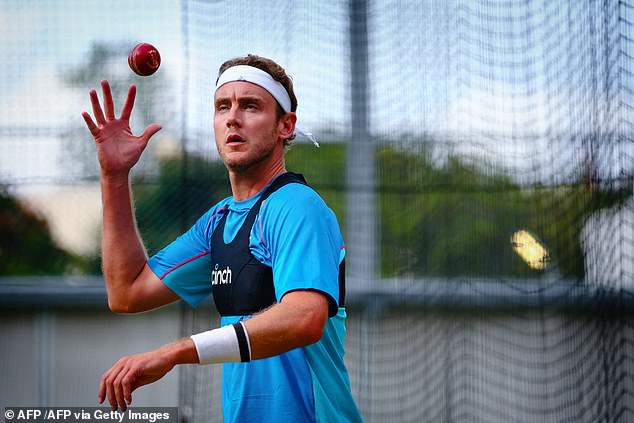 Trent Boult, of New Zealand, did some awful damage to us in Auckland from a full length. So, you need to be aware of moments when it looks tough for the batters, then pounce.

There will also be moments when you need to sit in. David Warner got a triple hundred in a pink-ball game at Adelaide Oval, so we can’t just think it’s going to nip around. We have to adjust quicker than Australia with whatever is presented to us.

Not prejudging is important, as we saw in Ahmedabad earlier the year when we anticipated a seam-friendly contest and the ball turned square from minute one. It was all over in four sessions.

Personally, I have tried to get a step ahead these past few days. When I was told I wasn’t playing, it was straight to the nets, pink ball in hand and I have been bowling in the nets with Jimmy and Craig Overton all week.