Shane Warne has hit back at his fellow former Australia Test cricket Chadd Sayers, who told the spin legend to ‘shut up’ after criticising Mitchell Starc and Usman Khawaja earlier in the series.

Sayers questioned Warne’s judgement after Khawaja hit a century in the fourth Ashes Test in Sydney, while he also brought up Warne’s request to drop Mitchell Starc – just before he claimed a wicket in the first ball of the series.

But Warne has responded to Sayers’ claims by insisting he was not ‘bagging’ Khawaja by saying he would rather bowl to him than Mitchell Marsh, before criticising the 34-year-old’s own cricket career. 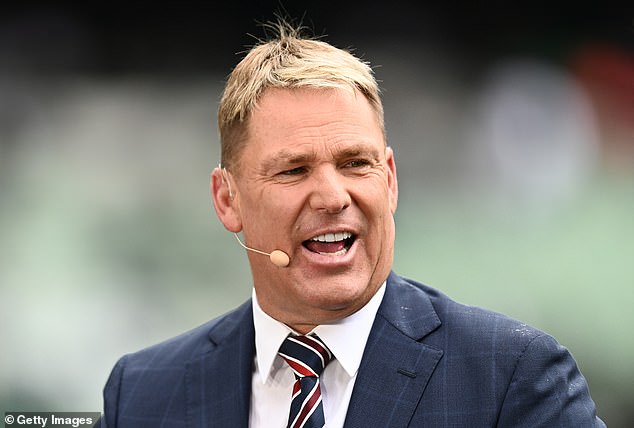 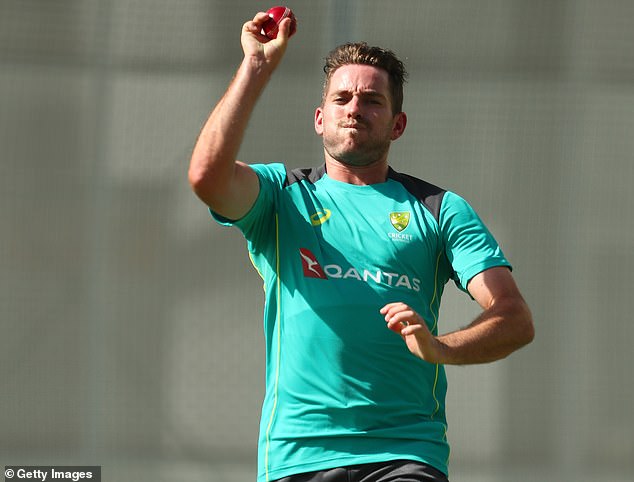 To which Warne responded later that day: ‘Hey champ, Fyi – Saying you would prefer to bowl to Khawaja than Marsh is not bagging anyone.

‘Ps I bowled spin. You bowled so called “pace.” The keeper stood in the same spot hahaha.

‘PPS You would need a helmet bowling to M Marsh right now.’

Sayers, who played on Test in his career, hit out at Warne for criticising the Australia pair 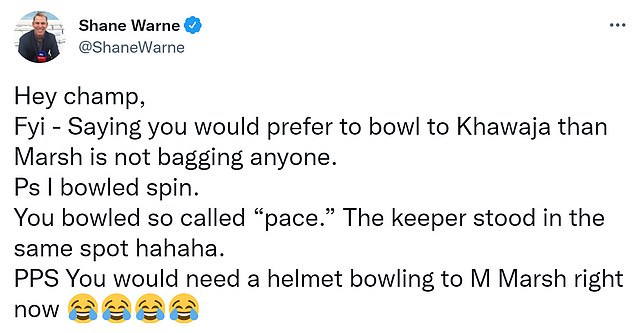 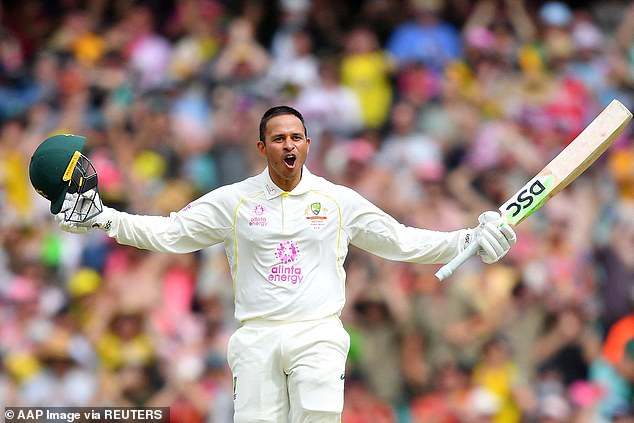 Swing bowler Sayers played just one Test for Australia – against South Africa in 2018 – which is stark in comparison to Warne’s 145 red-ball outings for his country.

But Warne was trolled by Australia fans on social media on the first day of the opening Test at the Gabba last month, just after he called for bowler Starc to be dropped for Jhye Richardson on Fox Sports duty.

That was because Starc steamed in and bowled out England opener Rory Burns in the first ball of the Ashes to send Australia to a clear victory at the Gabba – and the series.

‘He needs to find a bit of rhythm and some form,’ Warne said of Starc before the opening ball. ‘He had a really poor [T20] World Cup. 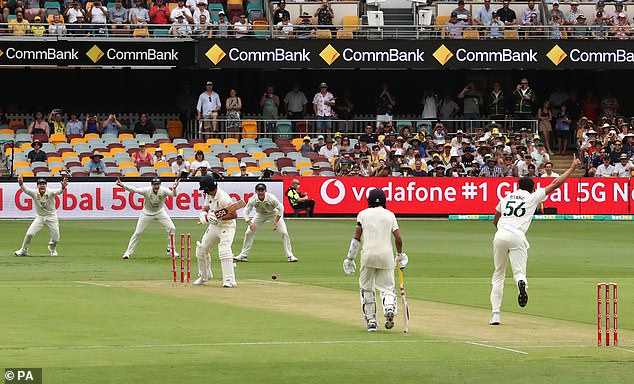 ‘He’s just not bowling well enough. It’s too important at the Gabba. So I’m all for Jhye Richardson.’

But after Burns’ dismissal at the hands of the maligned Starc, fans could not hide their pleasure at seeing Warne proved wrong.

‘The Shane Warne “if I say Mitchell Starc is s*** and look how it gees him up” dynamic is exactly the same as the Michael Vaughan-Stuart Broad one,’ one fan said on Twitter.

‘Shane Warne criticising Starc for bowling a half volley after he’s taken a wicket with the first ball of the Ashes is very on-brand,’ another said.

‘Something truly beautiful about Shane Warne being in the commentary box to call Starc taking a wicket with the first ball of the Ashes,’ one fan said.

Others claimed it was unfair for Warne to question the delivery, with one calling the ball that got Burns out ‘a full length outswinger – not a half volley’.