‘It’s gutting and a bitter pill to swallow for a few of us now. It’s sad for the tournament’: Heather Knight calls for ICC to include reserve days at future T20 World Cups after England were eliminated from semi-finals due to rain

A distraught Heather Knight called on the ICC to change their rain rules after England’s dream of reaching the T20 World Cup final was washed away in Sydney.

With no reserve day scheduled for the semi-finals, Thursday’s abandonment meant India – who have won only four of their 19 Twenty20 matches against England – qualified instead for Sunday’s final at the MCG because of their superior record in the group stage. And it left Knight ruing her side’s surprise opening-game defeat by South Africa.

To twist the knife still further, the weather relented sufficiently to allow the second semi-final to take place in the evening, with hosts Australia beating South Africa by five runs in a shortened game. 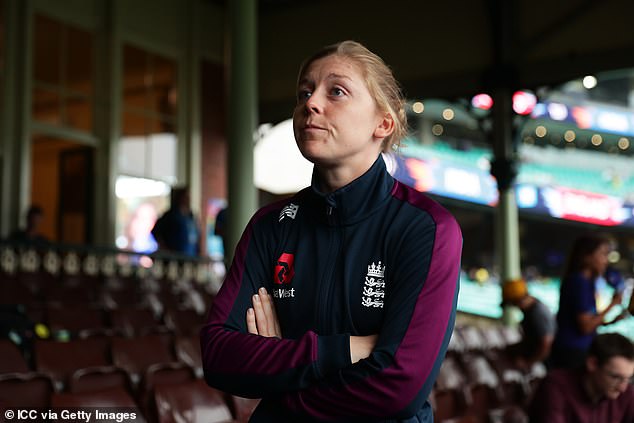 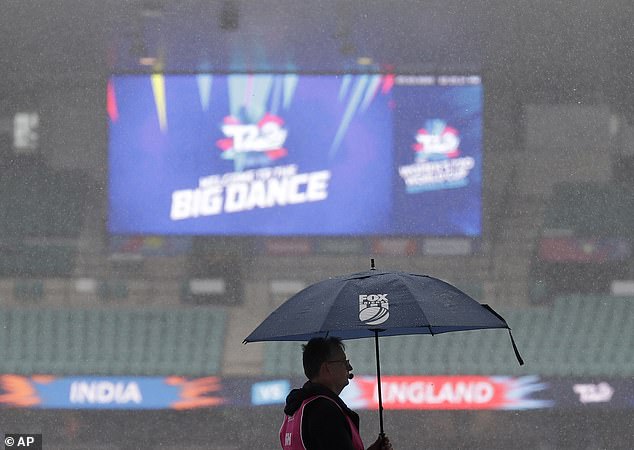 Despite reserve days featuring in the 50-over World Cup, they have never been part of the 20-over edition – though Sportsmail understands the men’s tournament later this year, also in Australia, could still incorporate the change if the ICC’s member countries agree.

‘They’re the rules that everyone signed up to,’ admitted Knight. ‘You’d hope now there is going to be a rule change, and no other team will have to experience going out of a World Cup purely because of rain. Hopefully it changes.

‘It’s gutting. You put in a lot of hard work, but there’s not a lot we can do about it. We’re just going to have to rue that first game, and try to move on but it’s going to be a bitter pill to swallow for a few of us now. It’s sad for the tournament.’ 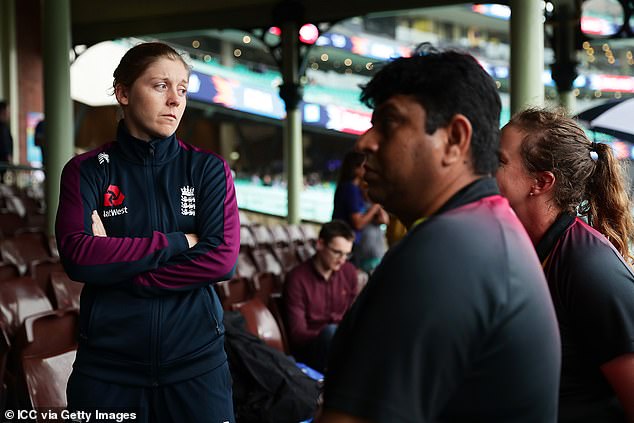 India’s captain Harmanpreet Kaur suggested her side had played with the rain rules in mind, adding: ‘It was very unfortunate that we didn’t get a game today. But these are the rules. We can’t help it.’

Asked whether England had taken a leaf out of India’s book and played their earlier matches with the possibility of a washed-out semi-final in mind, Knight said: ‘Harman must have got a crystal ball out. I’ll have to borrow that from her for the next tournament.

‘No, you don’t think about that. It’s such a unique situation. So, no, we didn’t discuss it. We just wanted to get to the semi-finals and win. We plan to try and win every game that we can.’