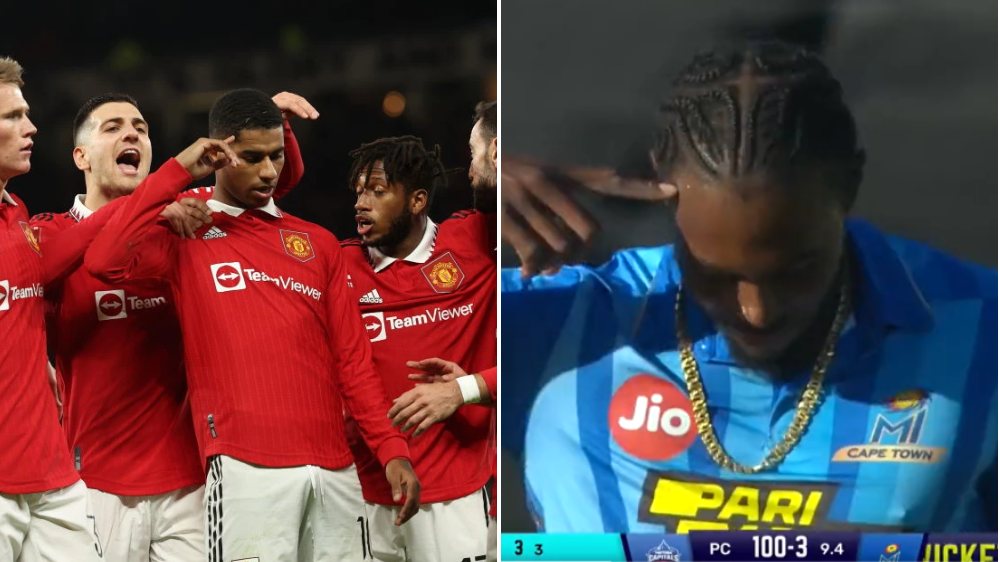 England bowler Jofra Archer copied Manchester United and England star Marcus Rashford’s celebration as he continued to impress upon his return from injury.

Archer, who was out for 17 months with elbow and back injuries, is currently playing in South Africa’s new Twenty20 league, the SA20.

Since then, Archer – who helped England win the World Cup in 2019 – has taken five more wickets in four games.

The Sussex fast bowler took 3-37 in MI Cape Town’s defeat to Pretoria Capitals on Monday and paid tribute to Rashford after claiming his first scalp.

Archer supports Manchester United and has previously posted pictures of himself at matches at Old Trafford.

The World Cup winner will certainly be pleased with Rashford’s form, with the England forward scoring 20 goals in 33 games this season, including nine in his last nine games.

‘For me, the biggest story is the return of Jofra Archer after nearly two years out with injury,’ the England legend told Betway.

‘I don’t think I was alone in wondering whether he had a future at the top of the game after so many injury blows, but I desperately hope that this is the start of the second phase of his career.

‘He’s a star of the game, he proved that with his incredible first year in international cricket in 2019.

‘He’s also one of the nicest guys you’ll meet – except when he has the ball in hand, because you don’t want to be on the receiving end of one of his rockets.

‘Hopefully he lights up this tournament. It will be huge for England if he does, with the Ashes and the World Cup coming up this year.’