Inside Running: Te Akau Shark back for autumn riches

The Shark is back 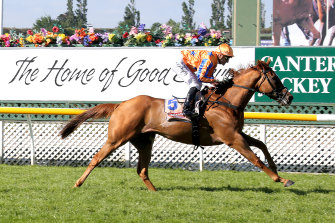 Te Akau Shark has added a group 1 win to his resume.Credit:Race Images South

But the barrier gods have continued to conspire against him.

The star middle-distance horse will jump from barrier 13 in the group 1 Chipping Norton Stakes among a strong field that includes Avilius, Happy Clapper, Fierce Impact and Dreamforce.

A star-studded field has assembled for the group 1 Surround Stakes over 1400 metres at Randwick.

Funstar has not run since that 1600-metre win in October, while Probabeel has won two races in New Zealand in the lead-up to Saturday’s race. 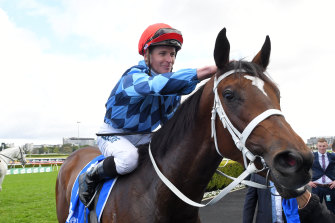 Surround Stakes hopeful Funstar will be one of James McDonald’s plum rides throughout the autumn.Credit:AAP

The winner of Saturday’s group 2 Blamey Stakes is guaranteed a spot in next month’s $5 million All-Star Mile.

Last year’s winner Fifty Stars, for David and Ben Hayes and Tom Dabernig, is the $3.50 favourite from Night’s Watch.

Racing authorities are in the early stages of assessing how the coronavirus could affect the Sydney autumn carnival and the sport in general in 2020.

“We are undertaking a risk analysis into this situation and will seek medical advice to develop an appropriate strategy,” Racing NSW chief executive Peter V’landys said.

Hong Kong has been holding race meetings with only essential people on course for the past couple of weeks because of the coronavirus and Japan made a similar order on Thursday. It came after health authorities warned against large gatherings of people in one place.

Racing officials said that would be a long way off in Australia, but would form part of the planning.

The Australian Turf Club is still confident Doncaster favourite Mozu Ascot and Queen Elizabeth Stakes favourite Damon Premium, both from Japan, would go in for two weeks pre-export quarantine next week and will be able to make the trip to Sydney.