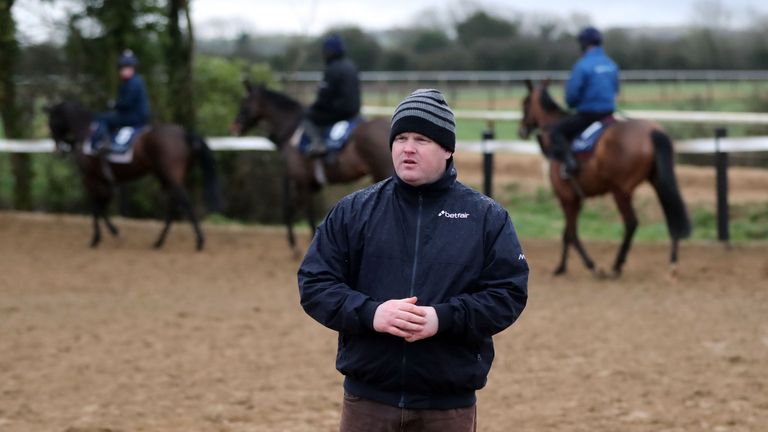 Gun Digger bounced back to form to claim top honours in the TRI Equestrian Handicap Chase at Leopardstown.

A field of eight runners went to post for the 50,000 euro feature at the Dublin circuit, with last season’s Cheltenham Gold Cup runner-up Anibale Fly a significant non-runner.

Henry de Bromhead’s Kerry National hero Poker Party was a warm order as the 13-8 favourite, but was booked for minor honours at best from a long way out – with the Gigginstown House Stud-owned pair of Gun Digger and Mortal leading the pack rounding the home turn.

Gun Digger had been pulled up on four of his last five starts, but was clearly on a going day – galloping all the way to line under 7lb claimer Gavin Brouder to prevail by almost three lengths at 7-1. It was his first win since a course-and-distance success in December 2018.

Elliott said: “That’s Gavin’s first ride for me. He gave it a good ride, and the horse jumped great for him. He’s good value for 7lb.

“He could go for something like the Randox Health Ulster National at Downpatrick.”

Gun Digger’s triumph was the second leg of a double on the card for the Elliott team, with Larquebuse having earlier justified 2-1 favouritism in the Anton O’Toole Memorial Mares Novice Hurdle under Davy Russell.

“It’s testing, and I’d say it suited her,” said the winning trainer.

“She’ll stay further and is a grand mare who will jump a fence.”

Charli Parcs made a successful debut for Aidan Howard in the New Leopardstown Racing Hall Hurdle.

Once considered a future star by then trainer Nicky Henderson, the seven-year-old subsequently lost his way – and was sent to Ireland by owner JP McManus in the hope of reigniting his career.

The 7-1 shot travelled powerfully throughout in the hands of Barry Geraghty and picked up well once asked the question to score by four and a half lengths from Jetz.

Howard, who has previously turned around the fortunes of the McManus-owned Winter Escape, said: “He did that very nicely. I haven’t asked him a whole pile at home, but what he has done he’s done it nicely.

“Hopefully we’ll find something similar for him in about a month to six weeks’ time.”

The five-year-old had been beaten at short odds on his first three starts in Ireland, but rewarded those who kept the faith with a battling display in the hands of Paul Townend.

“I was hoping he would have won a race before now,” said Mullins.

“We’ll probably look at Fairyhouse for him.

“Paul thought he handled the ground well, and I was surprised how well he handled it.”

Despite having won two of his last three starts, the six-year-old was an 11-1 shot – but continued his rich vein of form with a five-length verdict.

“I thought the handicapper had caught up with him – but I’d never seen him in as good a form as he’s been over the last three days,” said Rothwell.

“He’s like a horse possessed and has been in super form, so it’s nice to come to the races and see it work out.”

The Tom Mullins-trained 12-year-old was claiming his ninth career victory overall, but his first over fences at the 16th attempt.

Mullins said: “He wasn’t showing much at home, but I had to run him because the race really suited him – and he’s won four times here before.

“He could come back here for something on the Flat.”

Lunar Display (7-1) was a narrow winner of the concluding bumper for Joseph O’Brien and Oakley Brown.