Fielding the next frontier for second tier of women’s cricket

For the lesser-lights of women's cricket, fielding must be a key focus in order to bridge the gap to the top tier.

Sri Lanka defeated Bangladesh by nine wickets in the first match of Monday's double-header at Junction Oval in another game marred by sloppy fielding.

Both sides missed qualification for the semis, although for Sri Lankan captain Chamari Athapaththu it was a case of what might have been. 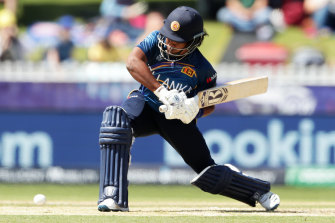 Her side had been competitive in a defeat to New Zealand in Perth on the second day of the tournament and pushed Australia to the brink last week before the hosts snuck home with three balls to spare.

It was dropped catches that cost the Sri Lankans in both those matches at the WACA Ground. By Athapaththu's count, her side spilled a dozen chances in that pair of games.

"We dropped 12 catches. That's why we lost those two games. If we take those catches, definitely we go to the semi-finals," Athapathu said after her side's win on Monday.

"Unfortunately, catches win matches. We dropped a lot of catches, so that's why we missed the semi-finals."

Bangladesh ended the tournament without a win although they pushed India and New Zealand. While her side failed miserably with the bat against the White Ferns on Saturday, losing by 17 runs despite bowling the Kiwis out for 91, Bangladesh captain Salma Khatun said via a translator that fielding was a serious issue for her side.

"In one match we batted well, in one match we bowled well, but the fielding, that is really a big concern for us. We took our notes on it, and after going home with this experience we'll set our strategy and set our planning for how we can improve our fielding. Definitely we'll work on it," Khatun said.

Khatun also renewed calls for her side to have more opportunities against the world's top teams, while acknowledging that fitness – and in particular strength – was an area in which Bangladesh needed to improve.