Phil Salt powered England to a series-levelling win over Pakistan with a ferocious 50 at the Gadaffi Stadium.

In what was the most clinical displays of hitting, the Lancashire batter comfortably surpassed the speed of his debut half-century against the West Indies earlier this year, trumping that 22-ball effort by taking just 19 against a Pakistani attack with its tail up after defending two modest scores over the previous few days.

For Salt, there had not been much to justify his selection on this trip and so this was a timely reminder of his game-altering qualities as the tourists romped to an eight-wicket victory with more than a quarter of the innings unused. 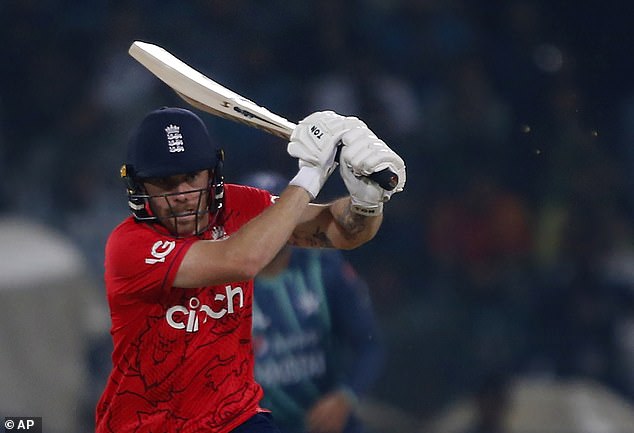 There is also just Sunday’s deciding match left now before the squad moves to Australia and a World Cup, which the ICC confirmed will carry a £1.45million prize for the winners – and the batting combinations for the tournament are hardly nailed on.

Indeed, England’s starts had been getting progressively worse here, with even mild-mannered captain Moeen Ali critical of the application shown by the top order in the six-run defeat 48 hours earlier.

If Moeen was looking for a response, he certainly got one. Salt clipped the left-arm spinner Mohammad Nawaz for a couple of fours from the first three balls of a chase of 170, and then tore into the recalled pace bowler Shahnawaz Dahani, as the second over cost 22. 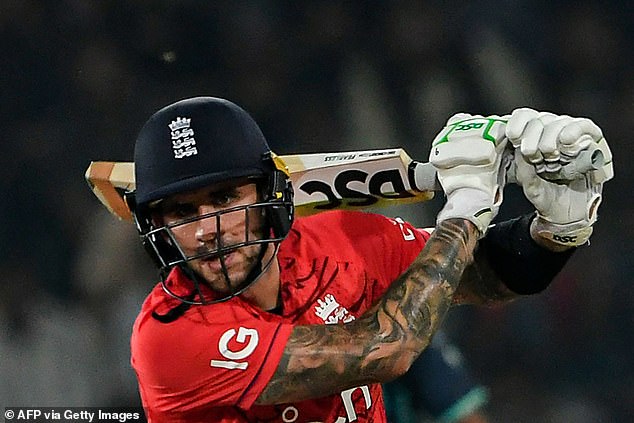 With Alex Hales in on the act, the England 50 was up in just three overs, and even though Shadab Khan separated the opening pair with a googly that was top-edged to short third man, there was no respite from Salt, in a powerplay score of 82 for one.

England could have been going into this match 4-1 up, and would have had they shown anything like the decisive approach here in defeats by three and six runs respectively on Karachi on Sunday and here in Lahore on Wednesday.

Salt sent the ball skimming to the rope off the dew-tinged surface and over it on three occasions, pulling Dahani and Aamer Jamal for head-high sixes either side of towering Nawaz straight down the ground in a fifth over that cost 19.

With left-handers Dawid Malan and Ben Duckett comfortably threading the ball into the gaps too, it made good Moeen’s latest winning of the toss, as Salt fittingly struck the winning run to finish unbeaten on 87 from just 41 balls. 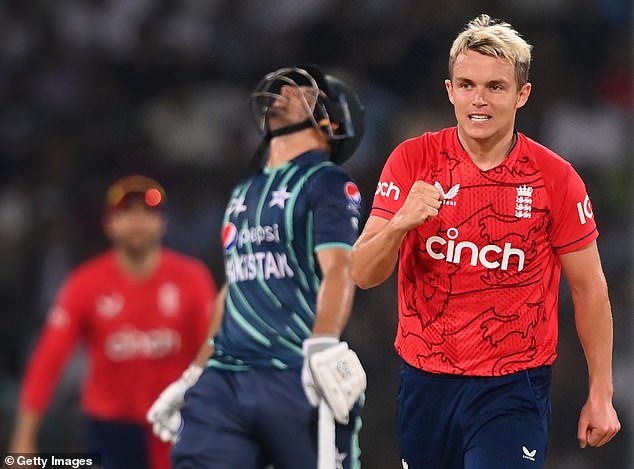