England endured a frustrating morning on the penultimate day of the third Test but Ben Stokes made a crucial breakthrough on the stroke of lunch after South Africa eked out a slender lead.

The hosts added just four runs to their overnight total as they lost their last three wickets in 16 legal balls and were all out for 158 in 36.2 overs – the same length as the Proteas’ first innings.

While England led by 40 runs on first innings, South Africa openers Dean Elgar and Sarel Erwee wiped out the deficit inside 8.5 overs despite a stern examination from James Anderson and Ollie Robinson, in particular. 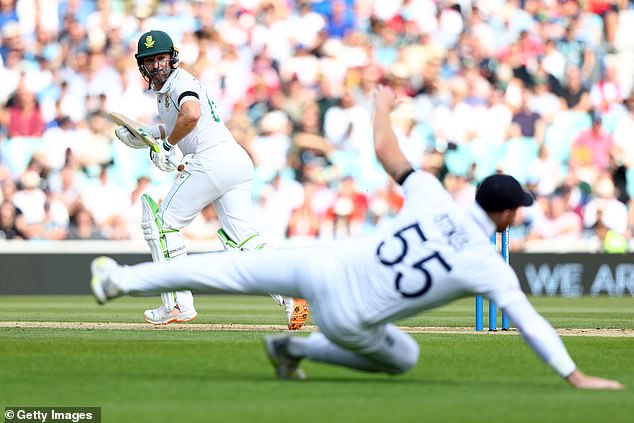 Both edges were challenged and while South Africa’s openers were up to the task and scored freely when chances came, Stokes winkled out Erwee on the stroke of lunch with his third delivery of the match.

Angling one across the left-hander, Erwee’s hesitant push took the edge which just carried to Joe Root, who took a low catch moving forward at first slip before the tourists went to lunch on 70 for one – a lead of 30.

The day after lurching to 36 for six in this truncated LV= Insurance decider on a poignant Saturday, Elgar (35 not out) and Erwee (26) showed due caution in bowler-friendly conditions at the Kia Oval. 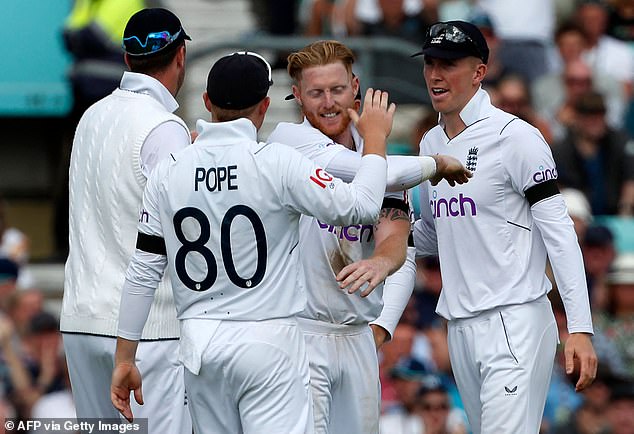 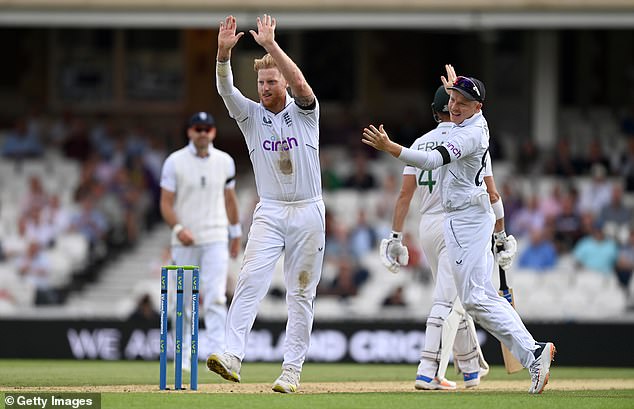 They had to be watchful as the ball frequently beat the bat and a couple of edges dropped agonisingly short of slip while Erwee seemed to be spared being trapped lbw by Robinson by the ball pitching fractionally outside leg stump – one of two reviews England burned in an exasperating spell.

With the wickets temporarily drying up for England’s frontline seamers, Stokes brought himself on and a fuller delivery did for Erwee although Elgar, despite being far from fluent, was still there at lunch.

Earlier, England’s innings was wrapped up inside 13 minutes by South Africa, with Marco Jansen celebrating his recall with five for 35 after Ben Foakes steered into the cordon to be last man out. 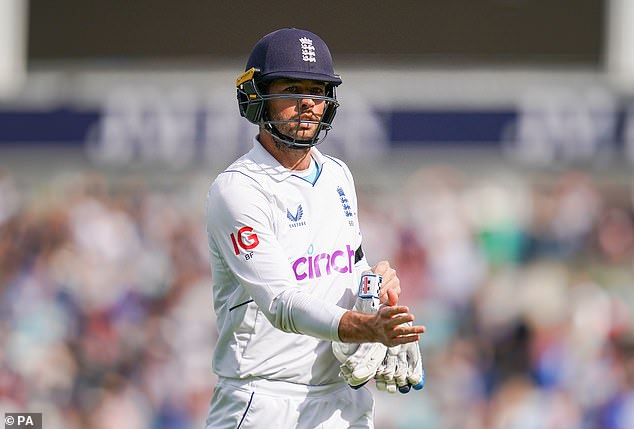 Robinson meekly chipped the second ball of the session to short cover off Kagiso Rabada, who also snared Jack Leach after he chopped the fast bowler on to his stumps.

While England were in the ascendancy at the halfway point, they may yet rue not further consolidating having been 84 for two, losing their last eight wickets for the addition of just 74 runs.