Cheltenham chief confident festival will not be stopped by coronavirus

Running the Cheltenham Festival virtually behind closed doors if a spread of the coronavirus restricts major sporting events is not an option according to the man overseeing the biggest jumps meeting of the year.

Ian Renton, Regional Director for Cheltenham and the Jockey Club’s South West division, has reiterated that the track was ‘full steam ahead’ for the meeting which starts on March 10.

But he said contingencies did not include restricting admittance to a bare minimum of owners, trainers, jockeys and essential staff if action became necessary. 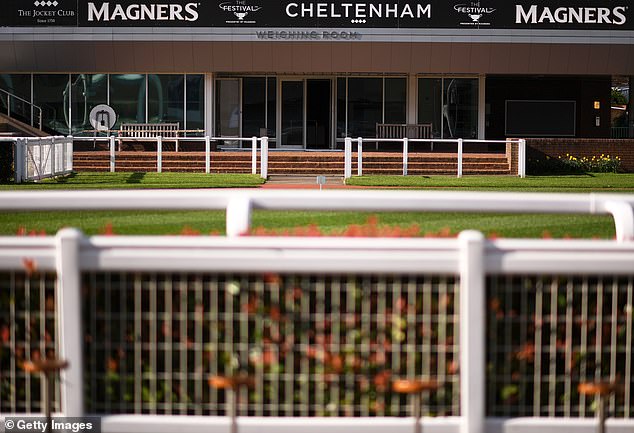 That policy has been adopted by the racing authorities in Hong Kong where meetings have continued amid strict restrictions.

Officials in Japan have also announced that their meetings on Saturday will be staged without spectators.

Renton said: ‘In reality we are here to stage the Festival for owners, trainers, the horses and racegoers. That is what the Festival is all about.

‘You can understand in Hong Kong where there may be a very different thought when events are being run for the betting industry.

‘It is virtually impossible to do so because the Festival needs such a crowd to put the event on.’

Around 250,000 spectators attend the four days of the National Hunt Festival with 30 per cent travelling from Ireland, whose Six Nations match with Italy in Dublin on March 7 has been called off.

The 2001 Cheltenham Festival was called off because of an outbreak of Foot and Mouth disease.

Renton said the Jockey Club will be guided by the Government on any decisions if concerns about Coronavirus increase.

He added: ‘The Government have done a fantastic job protecting the country from everything to date and we have no reason to believe that won’t continue.

‘We always have some sort of concern leading up to the Festival – last year it was the Equine Flu outbreak and before we have had the ‘Beast From The East’ weather.

‘There is always something on the horizon and at the moment we are delighted the country is virtually free of the virus.

‘We will carry on and we are looking forward to racing in two weeks’ time.

‘There are always plans in place but they change by the day depending on what scenario appears. But at the moment it is full steam ahead.’