Atletico Madrid star Yannick Carrasco has claimed he wanted to return to the Spanish giants 12 months ago but had a move ‘blocked’ by former club Dalian Yifang.

The Belgian secured a move back to Atletico in the January transfer window after leaving the Spanish giants for China back in 2018.

But Carrasco has now claimed he wanted to return to the Spanish capital a year ago but was not allowed to leave China. 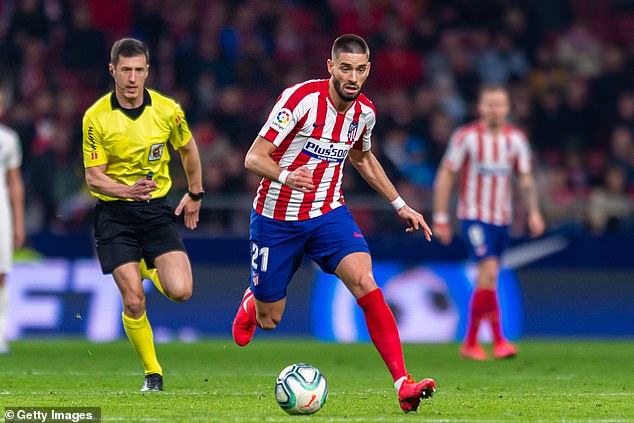 ‘A year ago I wanted to go back and they (Dalian) didn’t let me. They blocked the move and I was sad and annoyed, but I was professional,’ he said in an interview with El Pais.

‘When you are young you make decisions and I take responsibility for mine. Look, today I am here, I don’t know if it was a bad thing or not (to go to China), there were positive and negative things.

‘I have matured a lot. Being important for Dalian Yifang made me mature because I had all the burden on my back. 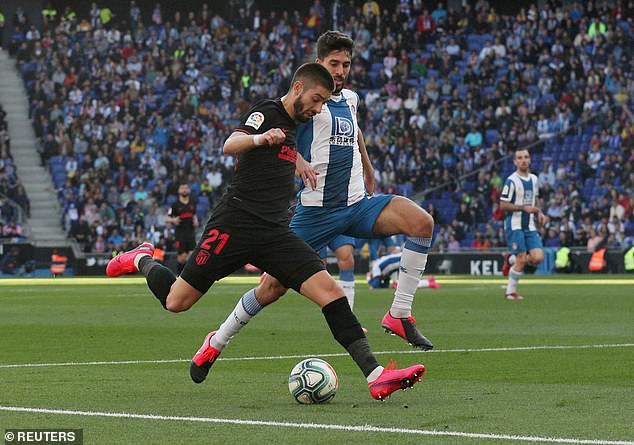 He returned to Diego Simeone’s side on loan until the end of the season, playing four times

‘In the first year I had to save the team from relegation and in the second I scored goals and provided assists that served helped the team grow.’

Carrasco had been in inspired form for Dalian Yifang, scoring 17 goals and contributing eight assists in 26 appearances last season.

He returned to Diego Simeone’s side on loan until the end of the season and has made four appearances so far, failing to find the back of the net.