Guardiola claimed Wolves hadn’t tried to play football during their 1-0 defeat at The Etihad but Lage retorted: ‘I respect him, one of the greatest managers in history, but I don’t really care (what he said).

‘I never talk about how other teams play. Maybe they play that way because of the players they have. For me, the best thing is the opinions from the players, not the other managers.’ 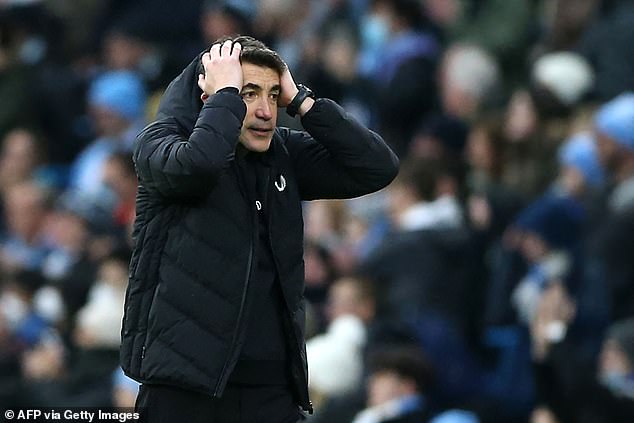 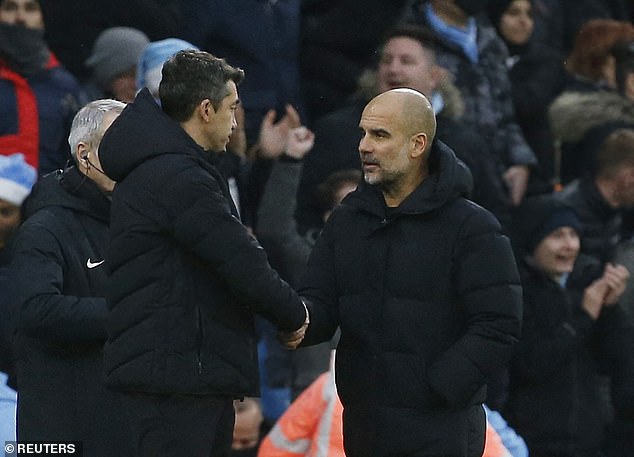 Wolves were on the wrong end of two big decisions with Jimenez dismissed on the stroke of half-time with two quick yellow cards and City scoring a penalty after 66 minutes with Joao Moutinho penalised for handball.

Lage said Jimenez’s first card for a foul on Rodri was unfair but still blamed the striker for then standing in the way of the resulting free-kick 30 seconds later to collect a second yellow.

‘Raul knows he can not do that,’ said Lage. ‘When you take one yellow card, whether it is fair or not, you can not do that mistake because he left the team with 10 men. 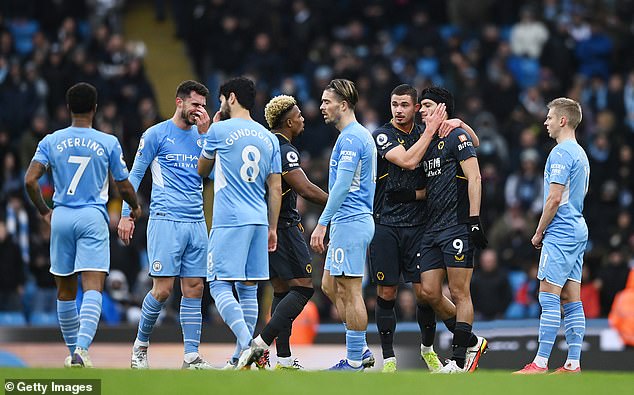 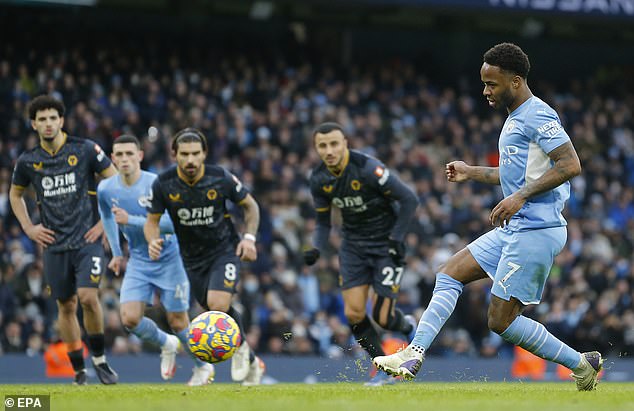 ‘He is an experienced guy but for sure he will learn from the mistake he did. He did not touch the guy for the first yellow – it was a crazy decision.’

Lage was also bemused that VAR didn’t turn over the decision to give City a penalty when Moutinho blocked Bernardo’s cross.

‘The referee saw it as hitting his arm and the rules say he is trying to create a bigger body. But the ball touched here [his armpit],’ he said. ‘It’s a VAR decision.’

Despite their misfortune, Wolves have now gone six games without scoring.