Manchester United boss Ole Gunnar Solskjaer told his players to go out and dominate against Manchester City. The Red Devils hosted their cross-city rivals on Sunday afternoon in the Premier League. United are 15 points behind City in the Premier League, with Pep Guardiola’s men second to runaway leaders Liverpool.

However, despite their deficit on City, United boss Solskjaer told his players they had to dominate their arch rivals at Old Trafford.

“Yeah, we’ve got a strong team out,” Solskjaer said.

“We feel there’s a decent bench there as well.

“We’re in a good place at the moment, fitness-wise, so very happy.

“Everything is important. It might be decided on a brilliant piece of skill or a little detail, so we’ve been very focused going into this team.

“The messages have been very straight and clear. We want to go out there and dominate. 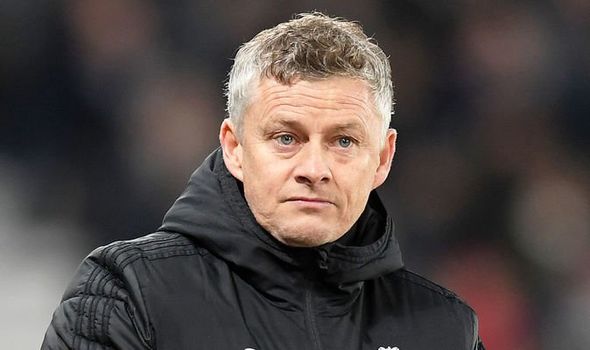 “Of course we’re at home so we want to press and go after them. So let’s see if we can make it work.

“We need points to get up the league. Some results have made it even harder up there, but we’re ready.”

Solskjaer opted to bench Odion Ighalo against City despite the former Watford man netting twice against Derby in the FA Cup on Thursday night.

Ighalo is yet to start a Premier League game under Solskjaer.

However, the striker, who is on loan from Chinese Super League side Shanghai Shenhua, has impressed when given chances at United, with Ighalo netting three goals in six appearances.

Ighalo was asked whether he’ll make his United move permanent this summer, however, the forward insisted it will be decided at the end of the season: “For now, I’m enjoying my time, I’m living my dream and I’m working hard.

“It’s too early to talk about the future, now is for me to fight in every game, make sure I give my blood and sweat for the team, try to win games and make sure we end the season well.

“After this season, we’ll see what’s going on. For now, I want to keep working day-by-day, game-to-game, improving and working with these great lads in this team and this great coach who had the confidence to bring me here.