England stars Keira Walsh and Lucy Bronze were due to make their Barcelona debuts against Levante Las Planas on Sunday but the game was forced to be abandoned as the match officials failed to show up. Walsh and Bronze, who both moved from Manchester City to the Catalan club this summer, saw their debuts end without a ball being kicked.

The two teams took to the field but as a result of a referees strike, no officials were in attendance and the game along with all the other fixtures in the Primera Division were postponed. Talks had taken place with the referees but did not come to a conclusion, and the league have called for further discussions to take place without RFEF (Spanish Football Federation) intervention to find a solution.

All games on Saturday were called off, including those involving Real Madrid and Atletico Madrid before Barcelona also had their game postponed. The strike was announced on Thursday, as officials claimed that the league had not addressed their concerns and they would not officiate any top-division games.

“The referees want to provide the best possible service to football and that necessarily means having minimum working conditions comparable to those of the refereeing establishment of the men’s professional competition,” the statement said. 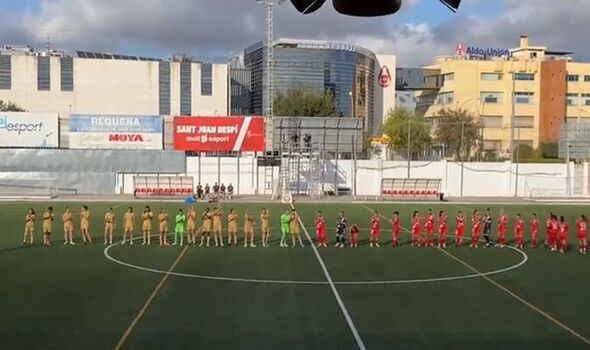 Walsh, one of the Lionesses that won the European Championship this summer, signed for Barcelona for a world-record fee and was due to make her first appearance on Sunday. However the club’s managing director Markel Zibizarreta has since denied that she cost more than the previous record, which saw Pernille Harder move to Chelsea from Wolfsburg in 2020.

“I couldn’t even tell you if it’s the most expensive signing in Barca’s history,” Zubizarreta told Mundo Deportivo.”Therefore, from the history of women’s football I think not either. We are below [the reported £306,000 fee]. It is true that in the end it is a signing that has been tremendously complex due to the little need for City to remove the player. 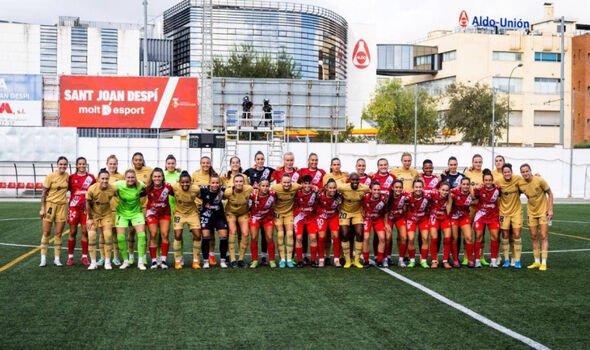 “In this context of making an economic offer above our real possibilities, it is clear that the player has helped a lot to make this happen because otherwise it would have been impossible.”

The referees who caused her debut to be postponed are striking due to pay and conditions dispute, and have demanded that they are made professional. The officials are reportedly paid between €80-300 per game, and Yahoo Sports have claimed that the teams in the league had offered each refereeing team €3300 directly in order to get the games to go ahead this weekend, but the officials have rejected their offer ahead of the industrial action.

Despite clubs being aware of the strike, the league has demanded that they turn up to the game, which won’t be called off until 15 minutes after kick-off time.