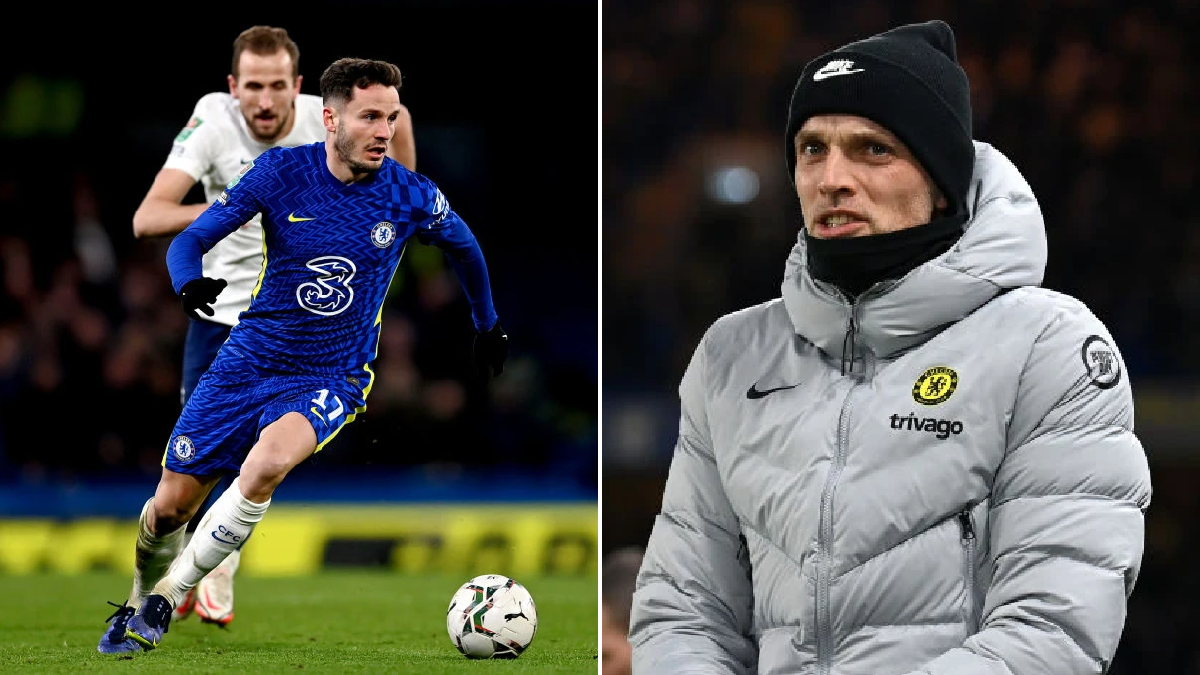 Thomas Tuchel says Saul Niguez has made a ‘huge step up’ after his excellent display in Wednesday’s Carabao Cup semi-final first-leg win over Spurs, also hailing two other ‘outstanding’ players.

The Blues went ahead after just five minutes against Tottenham, with Kai Havertz darting in behind, and then doubled their lead after 34 minutes when Japhet Tanganga headed a clearance against Ben Davies and into the back of the net.

Chelsea had chances to add to their lead in the second half while Spurs were kept very quiet at the other end of the pitch, though the match ultimately ended 2-0 ahead of next week’s second leg.

Saul has endured a difficult time at Stamford Bridge but was superb against Tottenham and Tuchel was delighted with that he saw from the Spaniard.

Asked if Saul is now finally settling in to life at Chelsea, Tuchel replied: ‘Yeah he is. He is more happy, he is more free in training, I see it every day.

‘He played better when he came on against Wolves, he already had a good impact. So he’s stepping up and stepping up.

‘I was so happy when I saw him on the sideline when we scored the equaliser and the 2-1 against Liverpool, he was totally committed, it was very, very impressive to see him like this.

‘So this is an important moment for him but I have a feeling like he digested the experiences in the beginning, where he maybe did not expect it like this – he’s not the first player to struggle from the switch.

‘And what he does is good because he’s open, he’s fully focused and totally committed to the team so I’m very happy he had a performance like today where it was a huge step up.’

Saul was not the only player who impressed Tuchel, with the Chelsea boss delighted with the contributions of Hakim Ziyech and Malang Sarr who also came into the team amid the club’s injury and Covid crisis.

‘Yeah Saul, Jorgi as well, but especially Saul, Malang and Hakim today were, for me, outstanding because they didn’t play a lot in the last games,’ he told Chelsea TV after the game.

‘To come in, play a huge game, semi-final against Tottenham, we know what it means to our fans here at Stamford Bridge to play this game and to play like this was impressive.’