Tottenham vs Norwich result: Rating every player’s performance after Jose Mourinho’s side exit on penalties

Tottenham missed out on a quarter-final spot in the FA Cup on Wednesday night as they were eliminated by fellow Premier League side Norwich on penalties.

The hosts took the lead 13 minutes in when defender Jan Vertonghen launched himself at a Giovani Lo Celso cross to head past Tim Krul, but a spirited Norwich performance eventually broke down the hosts.

Extra-time ensued, with neither side able to find a winner, before the visitors triumphed 3-2 in the shootout.

Here’s how all the players fared at Tottenham Hotspur Stadium.

So nearly spilled Lukas Rupp’s effort in the first half; did spill McLean’s in a fashion reminiscent of Adrian against Chelsea in the second half. Saved McLean’s penalty well, however.

Was much better going forward than defending. Nothing new there, then?

Dealt with Norwich’s enthusiastic attacks relatively well, especially in a busy second half.

Provided a key block in the first half and was vocal throughout. Scored the first penalty of the shootout.

Showed great hunger to meet Giovani Lo Celso’s cross for the opening goal and marauded up the left wing at every opportunity. 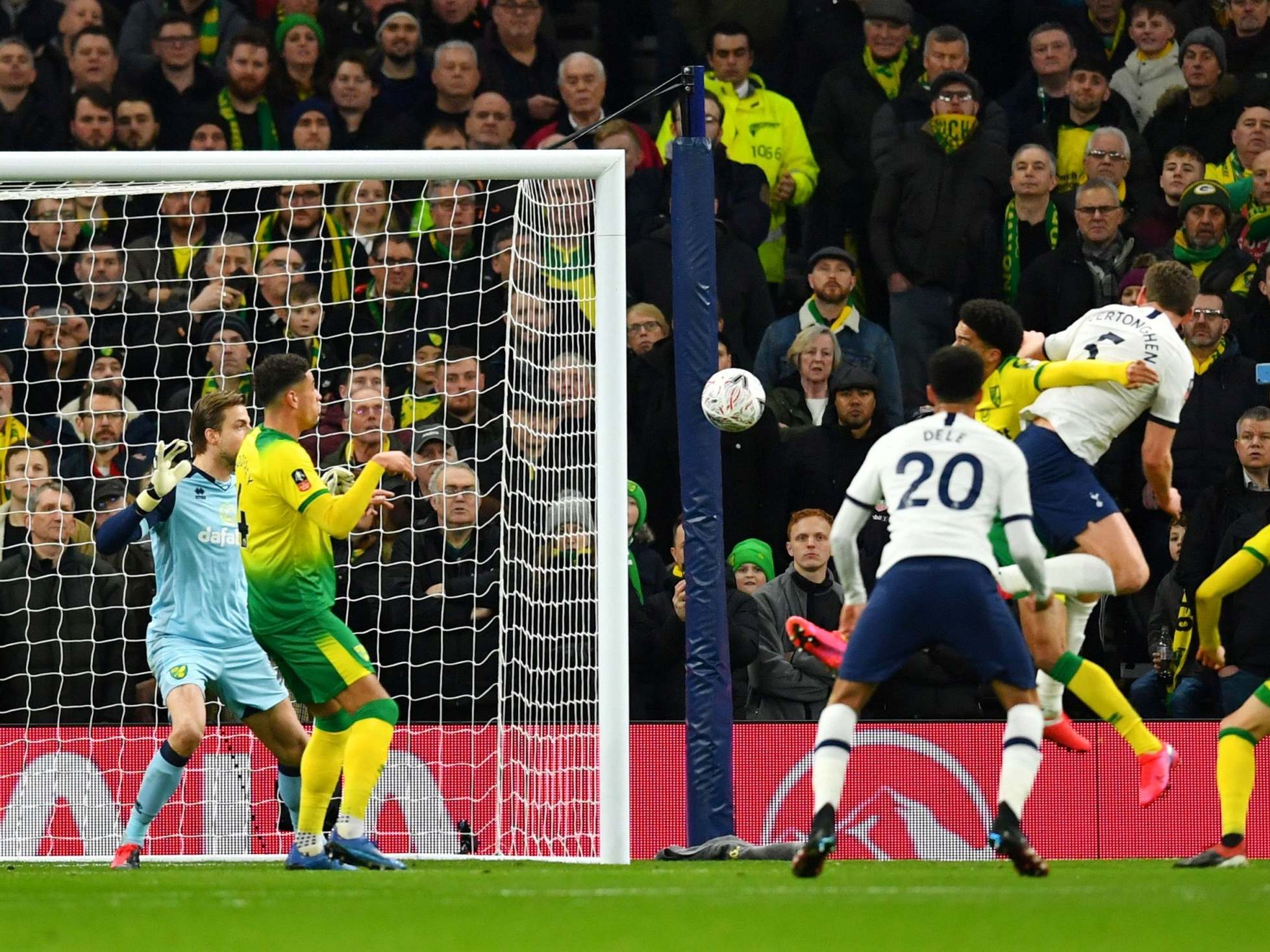 Looked composed and keen in an important fixture for the north London side.

Sat deep in midfield and kept Spurs ticking. Did little to stand out; did not need to for periods of the game, but could have done more as it wore on.

Dispossessed Mario Vrancic well in the visitors’ box just before half-time, but lacked the necessary final touch, as was often the case during the match.

Turned in a number of enticing deliveries throughout the game and always looked to be at the centre of Spurs’ most enterprising moments. Scored from the spot.

Played in Lo Celso’s shadow somewhat in a game that seemed there for the Dutchman’s taking. Substituted early in the second half.

England international, deployed as a false No. 9, was too far forward to influence the game like he does when he’s at his best. 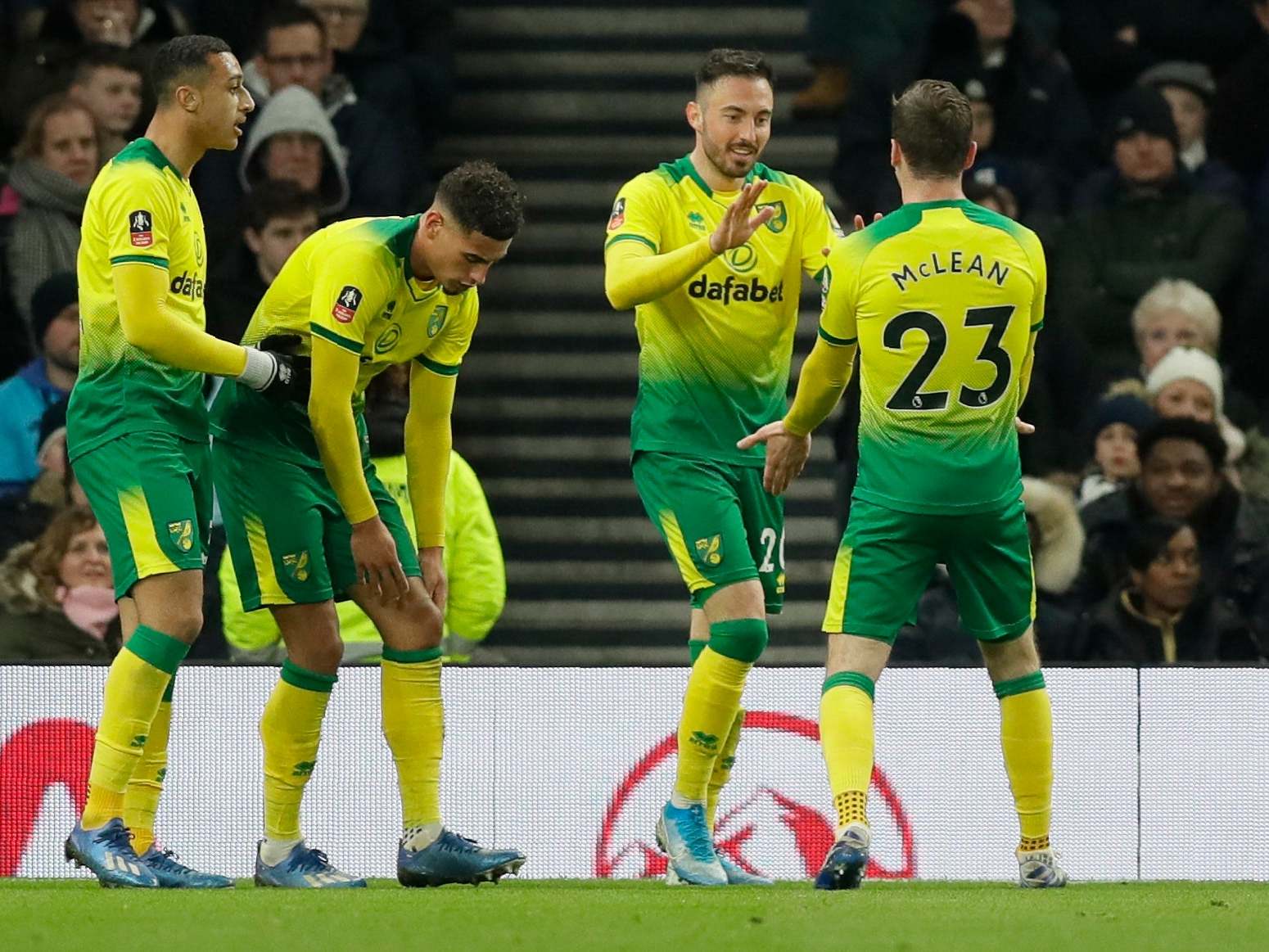 There was nothing the Dutchman could have done to prevent Vertonghen’s powerful header. Saved Troy Parrott’s penalty.

Provided energy on the right flank and some good deliveries.

Booked for a cynical foul late in the day. Was relatively untroubled by Alli.

Made a brilliant goal-line block in the final minutes of normal time.

Like his full-back partner Aarons, the 22-year-old was integral to Norwich’s brave surges forward.

Not a flashy performance from the German, but – as with Winks – he was efficient in keeping it simple. 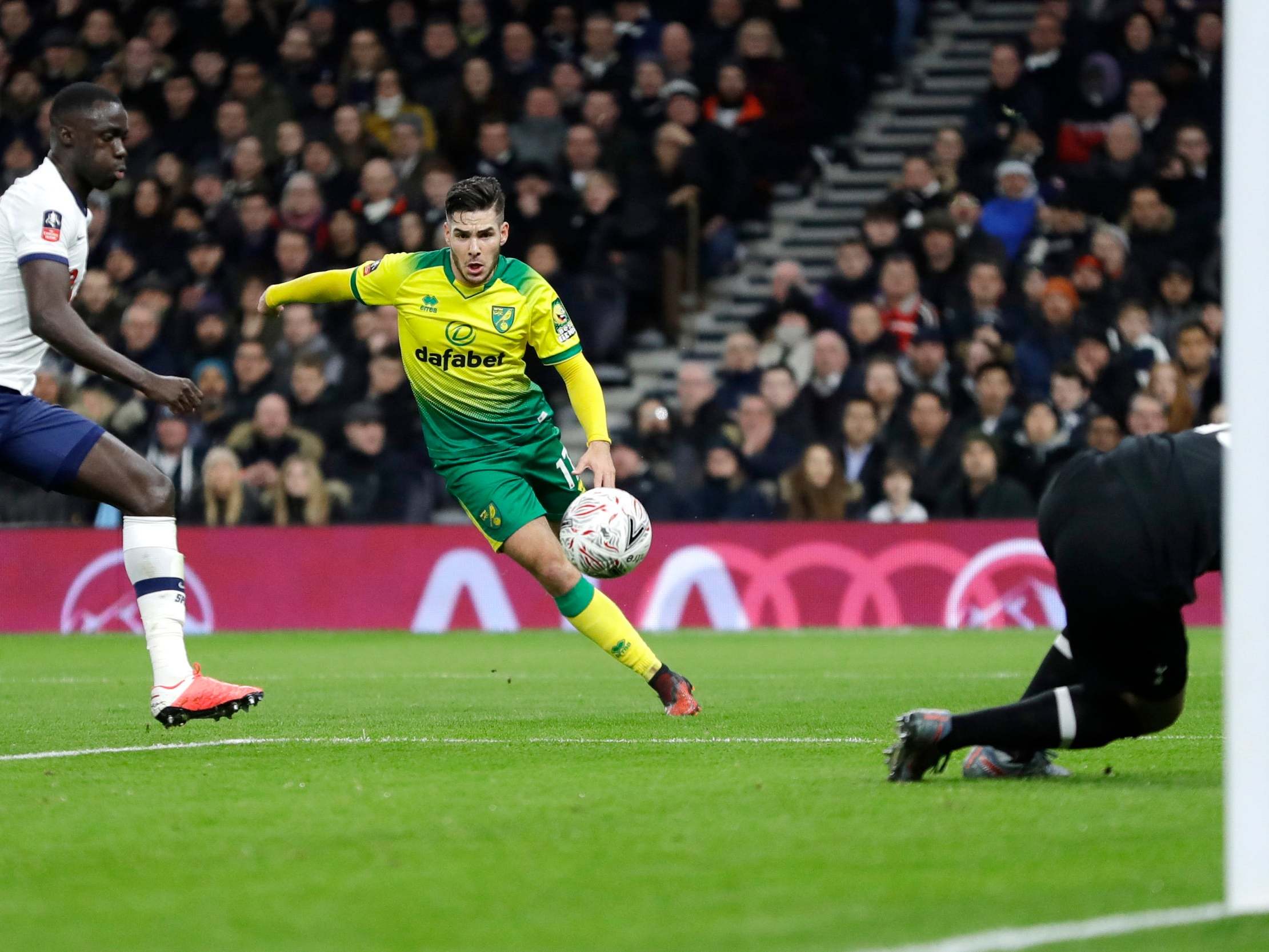 Was a livewire from the opening whistle and found himself with a series of half-chances, at least one of which he probably should have converted.

Went close in the second half, but was less influential than his midfield and attacking team-mates.

Midfielder was central to Norwich’s energy and attacking efforts on the night. Buried his penalty.