Tottenham take on Burnley in a crucial match for Spurs’ hopes of finishing inside the top four. Jose Mourinho is expected to make a number of changes to his starting line up, after admitting that his players are exhausted.

Mourinho has been left hamstrung by long-term injuries to Harry Kane and Son Heung-min.

After their FA Cup exit at the hands of Norwich City on Wednesday, the Spurs boss said he would have to make changes this weekend, after a busy few weeks.

“We know that we are going to play against players who have had a week preparing for the match,” said Mourinho.

“We have decisions to make. Of course we want to win tomorrow [against Burnley] and the tie on Tuesday, but we have to find a way where we give some players a better chance to perform.

“With the problems we have, the players we have for some positions are not much, but somehow we have to manage to give players something… and that means giving some players a rest.” 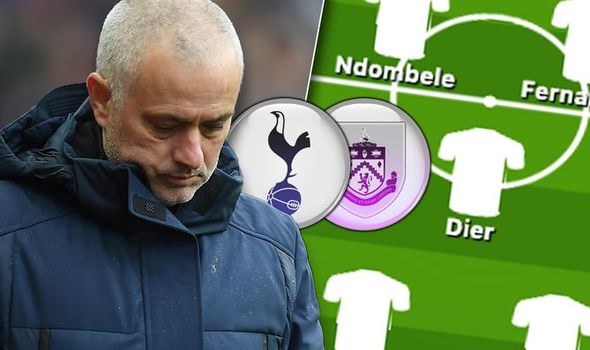 Harry Winks was “completely dead” after the Norwich match, according to the Spurs boss, and he’s one of the players likely to be benched.

“Some of my players were really, really in trouble and they made an excellent effort to try.”

Mourinho has also pinpointed Giovani Lo Celso’s involvement in most matches since his arrival.

Lucas Moura almost picked up an injury on Wednesday through exhaustion.

Kane, Son, and Moussa Sissoko are all confirmed absentees from the Spurs squad through injury.

But, there is some good news for Tottenham fans. Hugo Lloris returns to the team after missing the last two games.

It’s not confirmed that he’ll jump straight into the line up, but Mourinho is hopeful.

He said: “If you ask whether I am expecting him to play, I say yes, but I cannot confirm.” 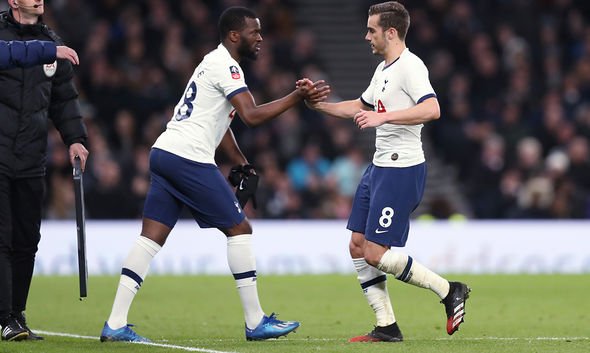 Lloris is more likely than not to start for Tottenham, while Serge Aurier and Ben Davies are likely to retain their places from the 3-2 defeat to Wolves.

Toby Alderweireld comes back into the team, and he’ll be partnered by Davison Sanchez to give Jan Vertonghen a break.

Eric Dier is also expected to maintain his position in the team, despite his midweek venture into the Tottenham Hotspur Stadium stands.

Mourinho has already revealed that he doesn’t plan to punish the England international. 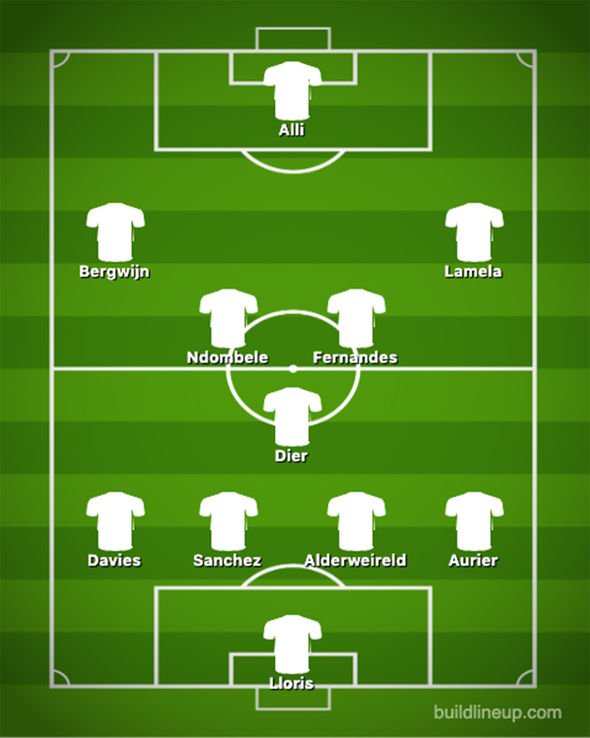 Lo Celso and Winks are expected to drop out of the team, while Gedson Fernandes could make his first Premier League start.

Tanguy Ndombele will come into the team, while Moura drops out in attack.

Erik Lamela has been in decent form whenever he’s come off the bench recently, and could be used as a replacement for Moura.

Steven Bergwijn will have to continue in the absence of any back-up, while Dele Alli is preferred to young Troy Parrott.

Tottenham predicted line up vs Burnley