Tottenham boss Antonio Conte reckons Harry Kane is one of the best strikers he has worked with despite his poor form this season.

The England captain, who won the Premier League Golden Boot last season, has scored just once in 14 appearances this term and has looked a shadow of his usual self.

Conte, who has been at the club since the beginning of November, has managed the likes of Carlos Tevez, Diego Costa and Romelu Lukaku in the past, but ranks Kane among the best ahead of Sunday’s game with Liverpool. 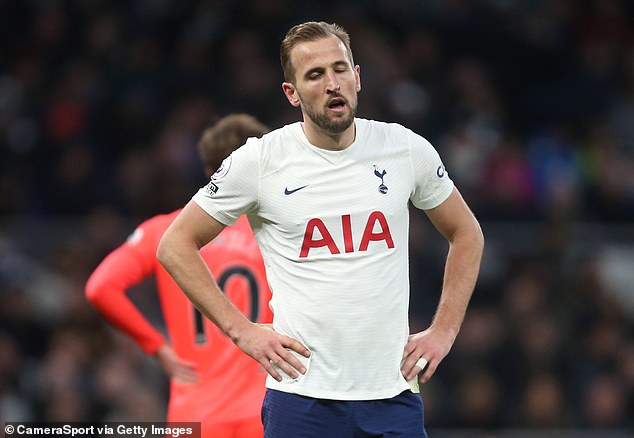 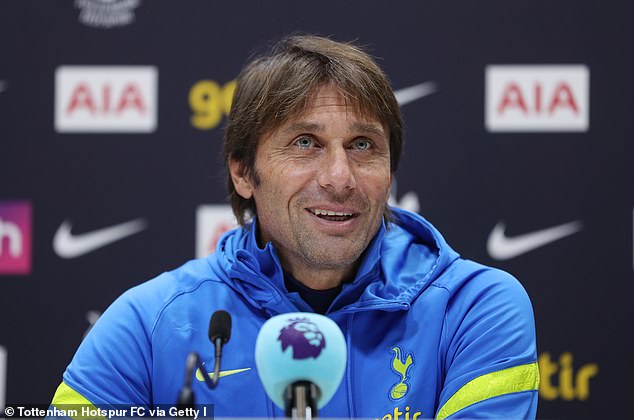 ‘He’s one of the best I’ve had the pleasure to train. He’s amazing. I like to have him in my team.

‘For sure Jurgen (Klopp) likes to have Mo Salah. But I like to have Harry in my team.

‘He’s an important player for us and my expectation was very high and to play an important game against Liverpool.’

Kane scored 23 goals and made 14 last season, but his inability to repeat that level so far this campaign is perhaps understandable. 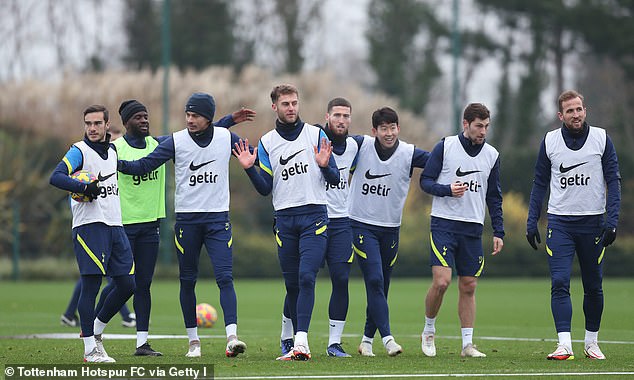 Tottenham have seen matches against Rennes, Brighton and Leicester called off after Covid-19 swept through their squad

He led England to the final of what was effectively a home tournament before losing on penalties at Euro 2020 over the summer and was then subject of a transfer saga, albeit of his own making.

Conte is not judging Kane on his numbers, though.

‘If you compare what he did in the past, this is very strange. But also in the past, in my experience, before as a player and then as a coach, it happens. 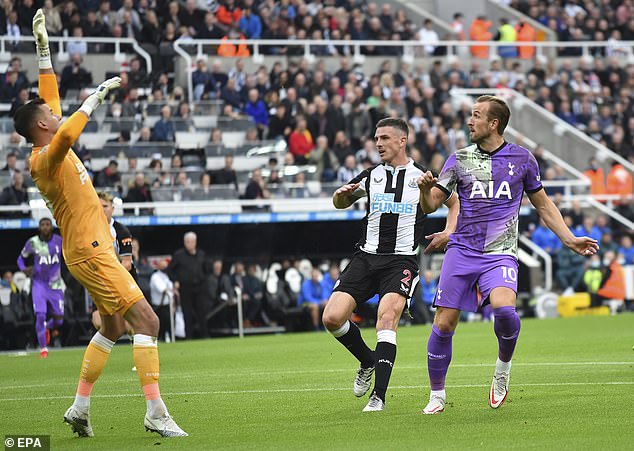 ‘I played with important strikers who – for a long period – didn’t score. But my judgement about them didn’t change.

‘I wanted to have them in my team also if they don’t score. Because if you have Harry Kane in your team, you feel stronger, for sure.’