Leeds United manager Jesse Marsch will welcome back three in-form stars after the international break. The Whites are due to host Aston Villa at Elland Road on Sunday as their return to Premier League action closes in.

Many had tipped Leeds for relegation this term after escaping by the skin of their teeth in 2021/22. Starting without Marcelo Bielsa as boss for the first time since returning to the top-flight, Marsch was forced to wave goodbye to key players Raphinha and Kalvin Phillips in the summer transfer window.

But things have been far better than feared, with two wins from their first six matches leaving them 11th in the Premier League table. Things could be even better if they win their game in hand, with a mouthwatering clash against Manchester United postponed before the international break.

As Aston Villa’s trip to Yorkshire edges closer, Express Sport takes you through three players who have hit top gear while on international duty… 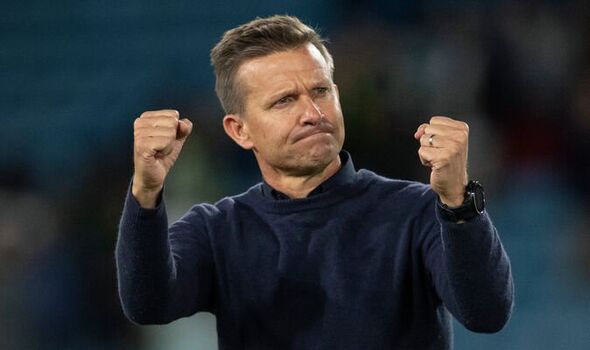 The tricky winger has already shown his scoring touch since signing from Feyenoord during the summer, with two goals in his first five league games. That streak carried over into his duties with Colombia as the vibrant South American side pulled off 4-1 and 3-2 wins against Guatemala and Mexico respectively.

Sinisterra was at the heart of all things good for Colombia, doubling the lead against Guatemala before notching two quickfire second-half goals against Mexico that led his country to an impressive win. So long as fatigue hasn’t taken its toll, the 23-year-old should be in line to start against Villa.

Not much has been seen of Gyabi since he completed a £5million move from Manchester City over the summer. The teenager has featured mainly in Leeds’ U21 side but could persuade Marsch to hand him more responsibility after a strong international break.

For one, he made his debut at England U19 level against Montenegro last week. He also rounded off the scoring in a 4-2 win over Denmark on Wednesday, standing out among players tipped for bright futures including Leicester starlet Ben Nelson and Manchester City youngster Rico Lewis. 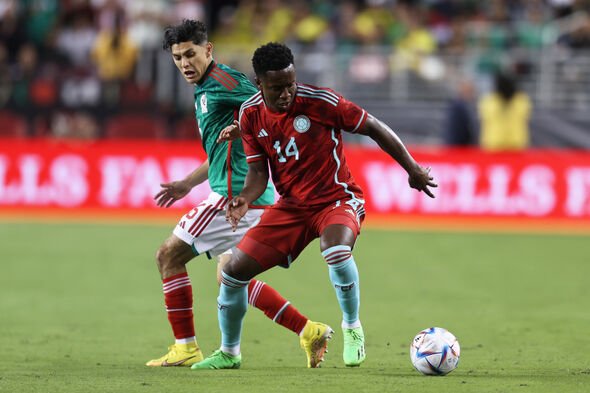 Marsch went after a series of striker targets during the summer but ultimately fell short on all of them before moving for teenager Wilfried Gnonto on deadline day. Youngster Perkins made a case for more involvement during the international break, however, playing alongside Gyabi for England U19.

In his first three matches since stepping up from the previous age group, the striker scored in all of them, including a first-half hat-trick against Georgia on Saturday. While a start against Villa may not be on the cards, it remains to be seen whether Marsch rewards Perkins’ sensational strike-rate with a spot on the bench.