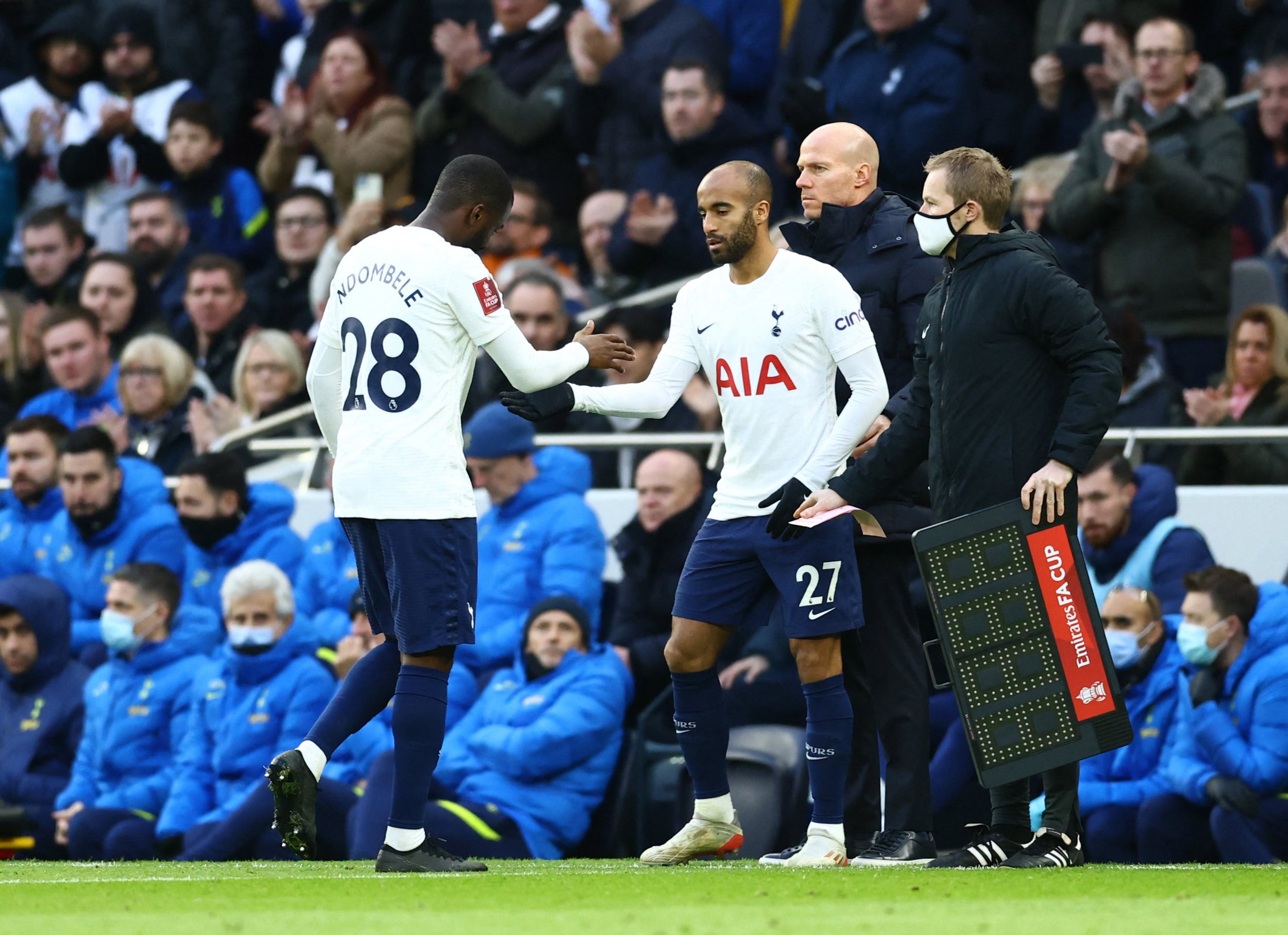 Tanguy Ndombele was booed off the pitch by Tottenham supporters during their FA Cup third-round tie against Morecambe on Sunday.

Antonio Conte’s side were expected to coast into the next round but the League One club took a surprise lead in the first half through Anthony O’Connor.

Spurs were unable to find an equaliser after the break and Conte made a triple substitution in the 69th minute with Ndombele, Dele Alli and Bryan Gil all being replaced.

But instead of making a quick exit to the dugout, Ndombele walked slowly to the touchline – a decision while riled the Spurs fans as they booed and jeered the midfielder.

After leaving the pitch, Ndombele headed straight down the tunnel, leaving Spurs fans to question whether that will be the Frenchman’s final game for the club.

Before Sunday’s FA Cup fixture, Ndombele had featured in just three of Spurs’ last 10 matches in all competitions.

Speaking in November, Conte had warned Ndombele that he needed to improve his work rate.

‘I have seen that many managers struggled about his position,’ Conte said.

‘For sure, Tanguy has the quality but at the same time he has to understand that there is a team and he has to play into the team. It means that it’s important to keep order and to do what the position is asking you to do.

‘We are working very hard with Tanguy – he has to work much more than the others because he has some talent but he has to put this talent into the team, for the best of the team, not for the single player.’

Ndombele had requested to leave Tottenham in the summer transfer window but a move away failed to materialise.