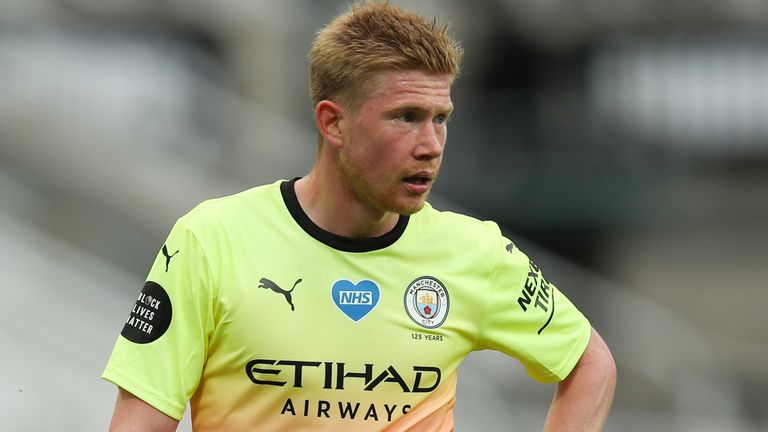 Newcastle head coach Steve Bruce has joked that the club are looking for a house for Manchester City star Kevin De Bruyne on the north-east coast.

The 59-year-old made a tongue-in-cheek offer to the Belgium international to continue his career on Tyneside after watching him play a key role in Sunday’s 2-0 FA Cup quarter-final victory at St James’ Park.

Asked about the remark at his pre-match press conference on Tuesday ahead of Wednesday’s Premier League trip to Bournemouth, live on Sky Sports, Bruce said with a smile: “I believe he’s looking for houses up on the coastline.

“It was tongue-in-cheek and I think people have taken it the right way. How wonderful would it be to have a player like that at Newcastle? What a fantastic footballer he is.”

De Bruyne marked his 29th birthday with the opening goal in the game from the penalty spot before Raheem Sterling wrapped up victory, but only after Newcastle substitute Dwight Gayle had passed up a glorious opportunity to equalise.