New Saints boss Nathan Jones watched on from the directors’ box at St Mary’s as his team squeezed through to the fourth round of the Carabao Cup 6-5 on penalties over League One Sheffield Wednesday, for whom Dominic Iorfa missed the crucial kick.

The dismal form, which saw the long-serving Ralph Hasenhuttl sacked from the club on Monday, continued against Darren Moore’s side and will have left Jones under no illusions at the size of the task facing him.

Jones joins from Luton Town alongside his assistants Chris Cohen and Alan Sheehan and has the immediate task of preparing Saints for a daunting trip to Anfield on Saturday. 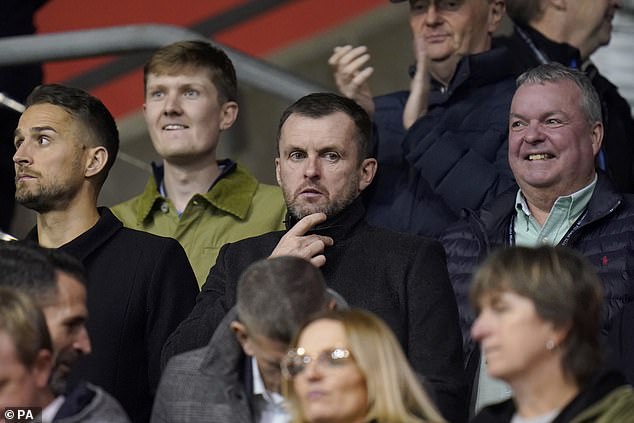 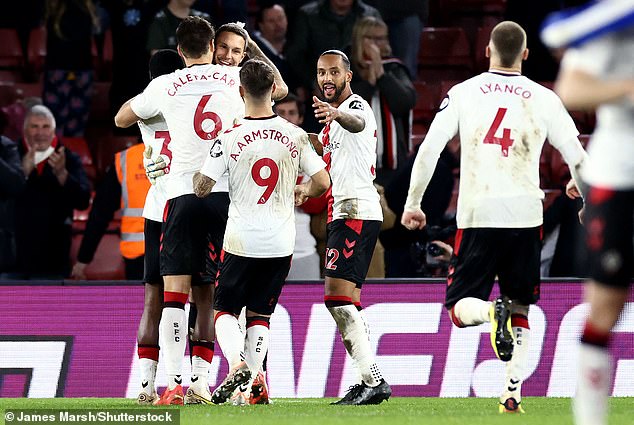 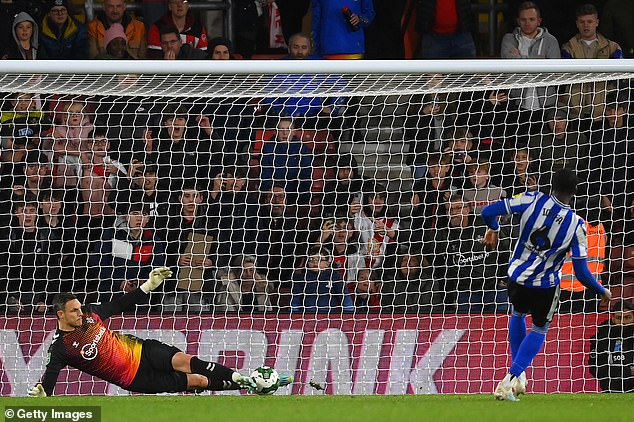 The free-kick specialist has struggled for form this season and looks set to miss out when Gareth Southgate announces his squad for Qatar later today.

Wednesday led when Fisayo Dele-Bashiru slid the ball into the path of Josh Windass and he finished crisply past Alex McCarthy.

Moore’s side were good value for that lead with Windass and Barry Bannan both coming close in the early stages. 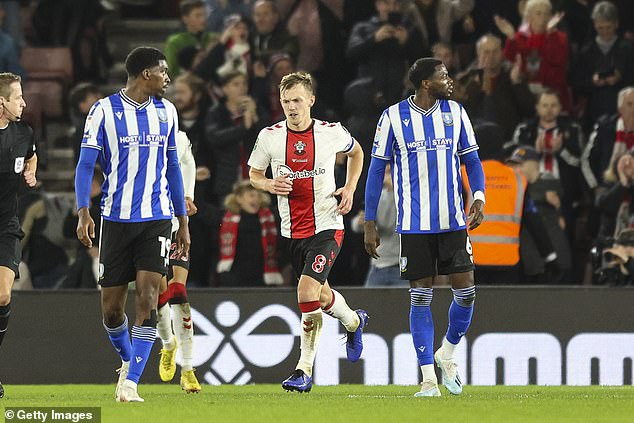 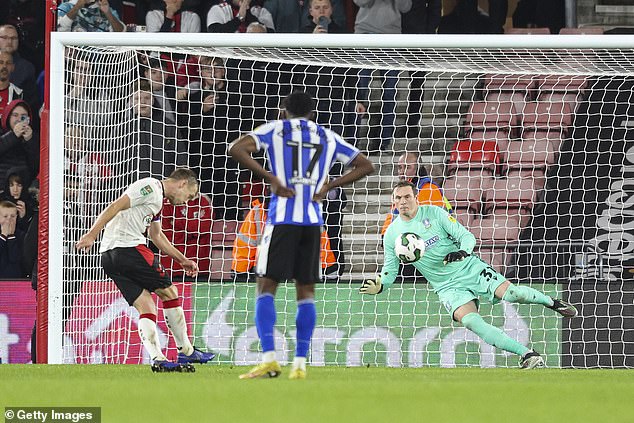 Up until his goal, Southampton were in danger of being dumped out by the League One side

There was little for Jones to get excited about until the stroke of half-time when Moussa Djenepo skipped into the box and won a penalty when Marvin Johnson tripped him.

There was an improvement from the home side after the break and sub Theo Walcott twice saw efforts cleared off the line as Wednesday defended bravely.

Moore’s side had a slice of luck when Stuart Armstrong’s shot bounced down off the crossbar but not over the line before John Brooks blew his whistle for penalties. 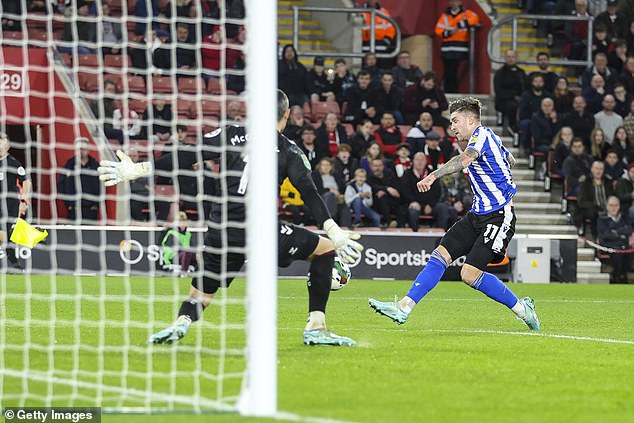 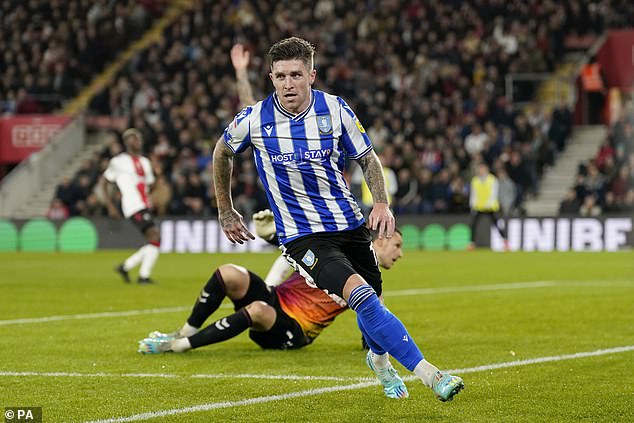 Windass wheels away to celebrate his goal, which came in the 24th minute of the cup tie