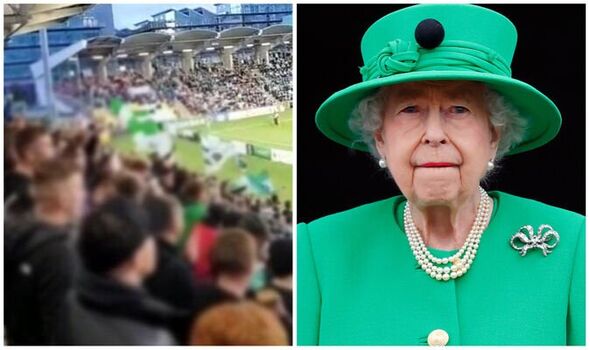 Shamrock Rovers fans have been filmed signing a vile chant celebrating the death of Queen Elizabeth II during their Europa Conference League stalemate with Swedish outfit Djurgardens. Footage showed supporters singing the words “Lizzie’s in a box” to the tune of KC and the Sunshine Band’s hit song, Give It Up.

The League of Ireland Premier Division champions opened their Europa Conference League campaign with a goalless draw against Djurgardens at Dublin’s Tallaght Stadium on Thursday night. However, the match was marred by insensitive chants being heard from the home end.

Video footage capturing Shamrock Rovers fans signing “Lizzie’s in a box” has gone viral online. The match took place hours after it had been confirmed the Queen had passed away earlier in the day at the age of 96 in her Scottish residence of Balmoral Castle having been placed under medical supervision.

The clip also showed some supporters waving flags and pumping their fists in the air while performing the disrespectful chant. The footage has been viewed by over four million people online. 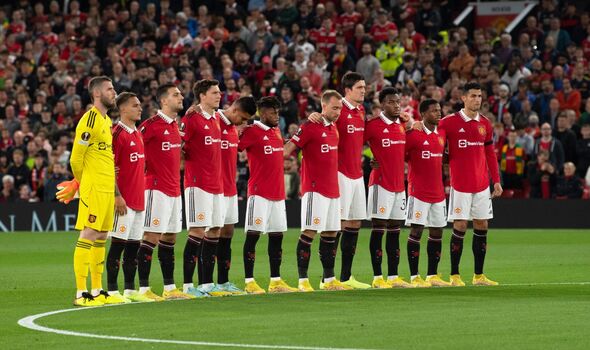 Despite the hostility of a section of Shamrock Rovers supporters, the Queen is fondly remembered within Irish politics, and in 2011 became the first British monarch to visit the Republic of Ireland since the nation’s independence back in 1922. During her four-day visit, Her Majesty made gestures of reconciliation for Britain’s past in Ireland and concluded her trip with a speech in which she expressed regret for previous conflicts between the two countries.

Meanwhile, the minute’s silence held before the second half of Hearts’ clash with Istanbul Basaksehir had to be cut short after supporters jeered and one was heard shouting: “F*** the Queen”. Players wore black armbands for the remainder of the fixture after news of Her Majesty’s passing was announced during half-time in Edinburgh. 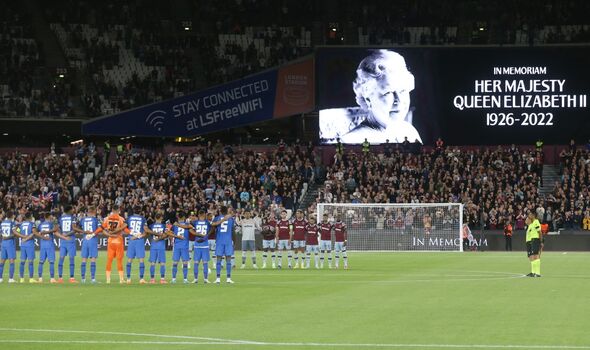 Elsewhere, similar tributes were held either before or during the Europa League and Europa Conference League contests involving Arsenal, Manchester United and West Ham. Fans of the latter were heard applauding and singing a rousing rendition of the national anthem in tribute to the Queen ahead of their 3-1 comeback success over FCSB in their Europa Conference League opener.

UEFA are understood to have made the decision to allow matches to go ahead on Thursday despite news breaking of the Queen’s passing. The Premier League have, however, released a statement to confirm this weekend’s round of fixtures will be postponed as a mark of respect to the Queen.