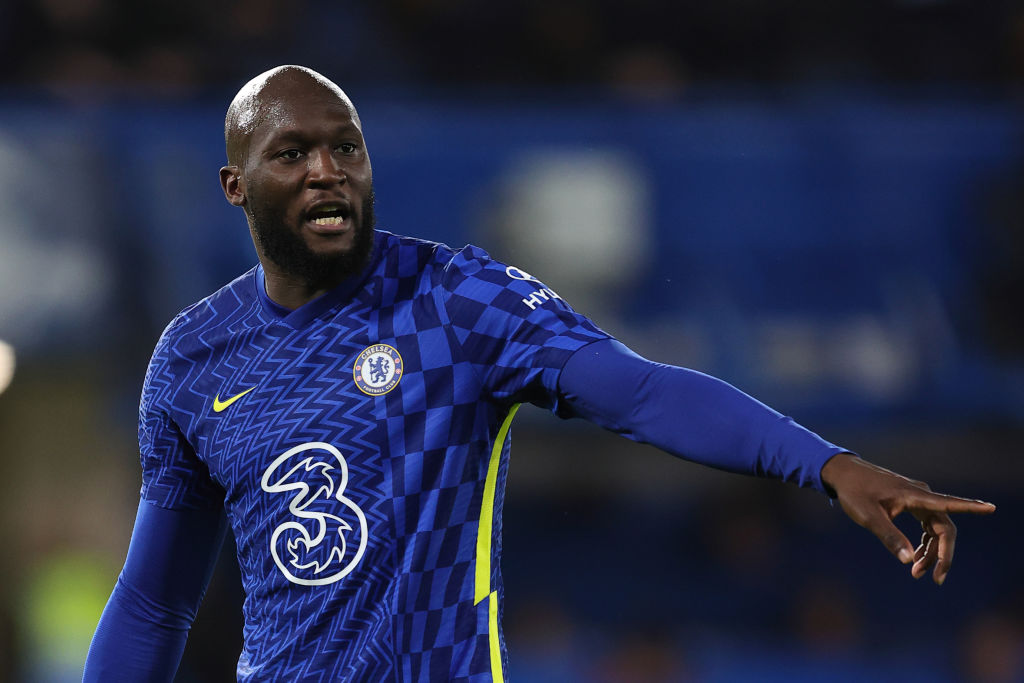 Romelu Lukaku has issued a heartfelt apology to Chelsea fans and head coach Thomas Tuchel, saying he is determined to restore their trust after claiming he was ‘not happy’ during a recent interview.

During a wide-ranging chat with Sky Italia, recorded three weeks ago, Lukaku, 28, opened up on the frustration he had experienced with his role under Tuchel, while also talking up a potential return to Inter Milan in the future.

The Belgian’s explosive comments have threatened to derail Chelsea’s title charge at a crucial stage of the season and Tuchel made the decision to leave his £97.5million club record signing out of the side’s 2-2 draw with Liverpool at the weekend.

However, the Chelsea manager confirmed Lukaku had apologised to him and the rest of the squad during a press conference on Tuesday afternoon and the Blues are keen to move on from the episode, with the striker in line to return against Tottenham.

In a lengthy interview posted on the eve of the Carabao Cup semi-final first leg, Lukaku told Chelsea TV: ‘To the fans, I’m sorry for the upset I caused. You guys know the connection I have with this club since my teenage years.

‘I totally understand you guys being upset. Obviously, it’s up to me now to restore your trust and I’ll do my best to show commitment every day on the training ground to try and make sure we win games.

‘I also apologise to my team-mates, the manager and the board because I think it was not the right moment and I want to move on forward from this.’

He added: ‘It’s been quite a hectic few days I think and I totally understand [the reaction].

‘It’s been tough especially with Covid and trying to get back into the team and stuff, but in the end – the last two games that I’ve played – I tried to help the team win.

‘We succeeded in winning the game against Villa, then against Brighton it was very frustrating not to have won the game, obviously, for everyone at the club.

‘But also, personally, it’s been very hectic after doing this interview.’

Lukaku said he understood the reaction from fans and pundits to his interview and insisted it was never his intention to ‘disrespect’ anyone connected to Chelsea.

‘I totally understand. I should have been much clearer in my message, to be honest, because the interview was about saying goodbye to Inter fans,’ the Belgium international – currently in his second spell at Stamford Bridge – went on.

‘It was not about trying to disrespect the [Chelsea] fans, the football club, the owner, my team-mates and the manager and his technical staff.

‘They did a lot of effort to bring me back here and I wanted to come back here. I was on a mission since I left.

‘I totally understand the frustration of the fans, but now it’s on me to make sure I show my commitment 100 per cent and I will do that from every game.’

Asked whether Chelsea supporters were right to question his commitment given his comments about rejoining Inter, Lukaku replied: ‘They don’t need to be questioning that.

‘At the end of the day, if you see how it was said: I wanted to come here to be successful.

‘That’s why I signed a five-year deal, because Chelsea is a club that is equal to success. All the players that come here are winning and I have a special passion for this club.

‘I want to achieve with this football club, I want to win here for many years, that’s why I signed a five-year deal.

‘I want to make sure I show my commitment in training every day and also in games for this football club.’

Elsewhere in his interview with Sky Italia, Lukaku gave the impression he felt a move to Real Madrid, Barcelona or Juventus would be bigger than a move to Chelsea.

But the centre-forward stressed this was not the case as Chelsea had held a special place in his heart since childhood and throughout his two spells in west London.

‘Not at all. What I meant by that… you have a lot of kids that have a certain type of dream of playing for those football clubs. Me, my club was Chelsea,’ he continued.

‘Everybody knows that from 10 or 11 years old I always wanted to play for Chelsea.

‘I really worked hard for the last 10 years to get this opportunity and I’m really happy to be here. I think I have to show my commitment to the club and fans to make sure this football club wins games and and a lot of trophies at the end of the season.’