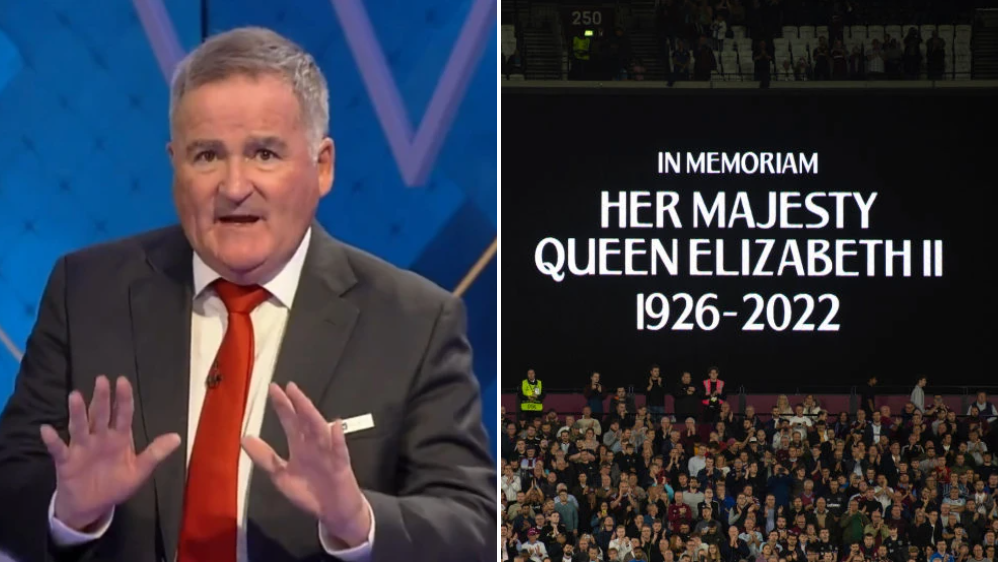 Richard Keys has defended the decision to postpone all football in the United Kingdom this weekend and says other sports ‘should be ashamed’ of resuming in the aftermath of the death of Queen Elizabeth II.

Ten Premier League and six Scottish Premiership fixtures were scheduled to take place this weekend, but all were cancelled as a mark of respect to the Queen.

The decision was made by the Football Association on Friday, less than 24 hours after Queen Elizabeth II – the UK’s longest-serving monarch – died aged 96.

While football came to a standstill, many other sports returned this weekend, with the deciding Test match between England and South Africa resuming on Saturday.

England cricket captain Ben Stokes said the team were keen to play in the Queen’s memory and a minute’s silence was observed, with God Save The King followed by applause from the crowd at The Oval.

But boxing’s world title fight between Savannah Marshall and Claressa Shields was postponed, along with all British Boxing Board of Control tournaments.

Sports broadcaster Keys agreed with the decision to postpone all football in the UK and says sports that decided to go ahead over the weekend ‘should be ashamed’.

‘Football had no choice but to stop this weekend,’ he posted on Twitter. ‘Those that think differently are wrong.

‘The sports that played on should be ashamed. Did the decisions have anything to do with the events not being insured for cancellations? I’m hearing it may have done.’

After deciding to postpone all football in the UK, the Football Association said: ‘Her Majesty the Queen was a long-standing Patron of the FA and has left a lasting and indelible legacy on our national game.

‘All flags at Wembley Stadium and St. George’s Park will continue to fly at half-mast over the weekend.

‘Our thoughts remain with our president, HRH The Duke of Cambridge, and the whole of the Royal Family during this time.’