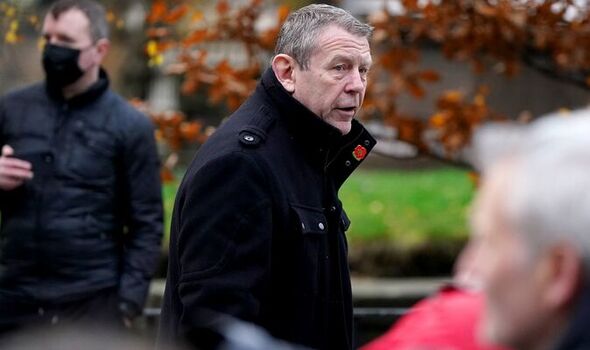 Goram, widely regarded as Scotland’s greatest ever goalkeeper, has vowed to fight the disease until the end – while admitting the pain was “off the scale”. The 58-year-old, said he had initially become concerned after struggling to eat and drink, but assumed it was the result of indigestion.

When the pain became unbearable, he attended Monklands Hospital in Airdrie, just south of Glasgow, for a scan in April, before being transferred to nearby Wishaw General. He was subsequently moved to Hairmyres Hospital where he was an inpatient until May 13.

He said: “It was as though my gullet was blocked. After a few weeks, it got worse and nothing was getting through.

“Everything I ate or drank didn’t get halfway to my stomach and I threw it back up. I couldn’t get a face-to-face with my GP for two weeks, by which time I was in total agony. I’d also lost four stone in four weeks.”

Gorman, who spent seven years at Ibrox, winning five league titles, added: “I had a CT scan at Monklands, then was rushed to Wishaw General and told my next of kin should be with me. That is when the alarm bells started ringing.”

Goram was diagnosed with Level 4 oesophageal cancer, which has since spread to his liver, right lung, three vertebrae and ribs.

He was told of his diagnosis with son Danny by his side and told the Daily Record: “The surgeon explained where all the cancer was and it was inoperable. Danny broke down while I was trying to assess the situation. The word ‘inoperable’ hit me hard. I knew I was in for a fight.”

He was told he had six months to live – and nine if he agreed to a round of chemotherapy.

Referring to his ex-wife Miriam, who underwent chemo last year, Goram added: “After seeing what it did to Miriam, my decision was made after chats with her and Danny.

“Take chemotherapy and be in agony for the sake of an extra three months and zero quality of life? No thanks. Chemotherapy is off the menu.”

He explained: “Miriam had six chemotherapy treatments and three radiography sessions. It was hellish. Her partner Dale had to carry her up and down the stairs for weeks.

“But she had a goal because now she’s more or less beat it. My problem is there was no exit door for me to fight for.”

Goram was readmitted to hospital earlier this month and subsequently discharged again.

He said: “The pain was off the scale. “They had to put a stent in my oesophagus to unblock the cancer blockage and help me swallow again.”

The operation had been a total success yet the pain remained “unbearable”, he stressed.

He added: “I’ve been in bad pain with all my knee operations and a snapped achilles. But this pain was horrendous. Now the priority was to get the right mixture and strength of painkillers along with morphine.

“I’ve been given other drugs I’m not attempting to pronounce. Getting all these pills hit home just how serious this situation is. I need to take my medication religiously or I’m in big trouble.”

Goram said: “I’ve been told by the doc, ‘Go enjoy your everyday life and be as normal as possible’.

“My pain is manageable. I can still go see friends and supporters’ clubs and still be myself.