Everton manager Rafael Benitez insists he cannot be expected to fix the club’s problems of the past in five months.

The Spaniard said he was trying to change ‘four or five years of frustration’ for fans but needed time to implement his changes.

As a former Liverpool manager Benitez has never been a popular figure among supporters but when away fans started chanting abuse during Sunday’s defeat at Crystal Palace – after he substituted the injured Richarlison – the public show of dissent did not look good for his prospects.

However, he has spoken to owner Farhad Moshiri subsequently and remains confident in his position and long-term plan for the club. 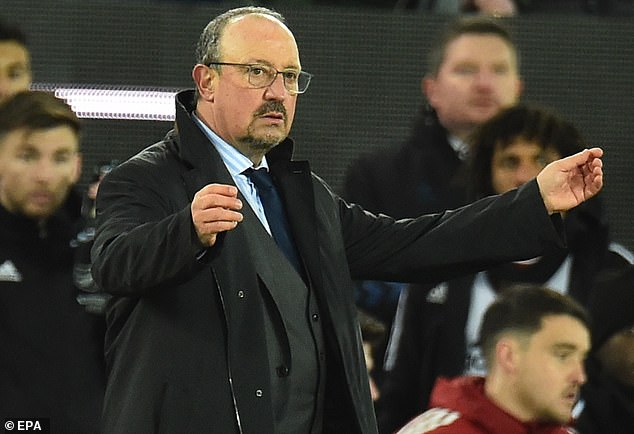 ‘I was talking with Mr Moshiri this morning. I have meetings with the chairman, the chief executive and they are supporting me,’ said Benitez, whose side have taken just four points from the last 30.

‘Which is the feeling of the last years for any Everton fan: success or frustration? You know the answer. 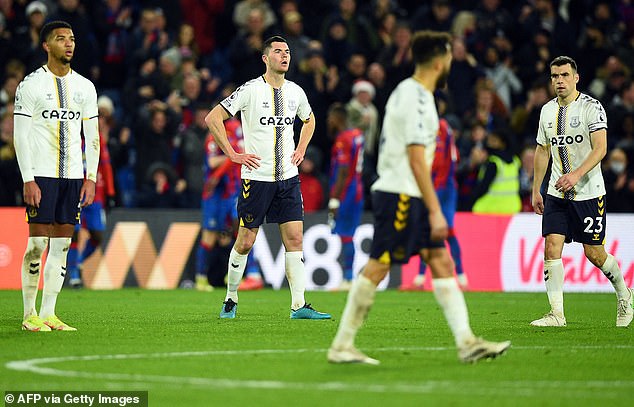 The Toffees have taken just four points from their last 30, piling the pressure on their manager 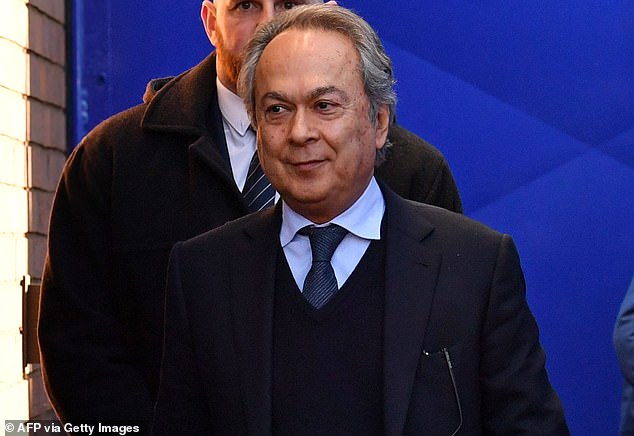 ‘I have a lot of fans that are telling me the same. They know the problems are not just ones you can fix in just five months.

‘When I talk with the owner, the chairman and the chief exec nearly every day we talk about what we want to do for the future, not just the present.

‘We are thinking about January and not just January, after to see what we can do to make the team stronger.’

Asked whether he felt his job was secure Benitez added: ‘Yes, the idea was to be here three years-plus with the new stadium. You still have to keep doing your job. One game will put us in the top 10.’

Benitez is more than adept at handling situations where the odds appear against him; his experience at Thursday’s opponents Chelsea proved that when in 2013, in open opposition from fans who did not want him as interim manager, he delivered victory in the Europa League.

He has been horribly unlucky with injuries with last season’s top scorer Dominic Calvert-Lewin out since August, his best player Abdoulaye Doucoure missing for over a month with a broken foot, with Richarlison and Andros Townsend joining the likes of Yerry Mina and Tom Davies currently sidelined.

In the face of growing dissent he arrived at his pre-match press conference armed with statistics to support his cause.

‘Last year the squad was around 16 players during the whole season, that means you have a lot of players that are not available and a lot of them were injury prone, they were losing between 30 and 40 per cent of the games because they were injured,’ he said.

‘Dominic was playing 85 per cent of the games last season and now he is playing 18 per cent. 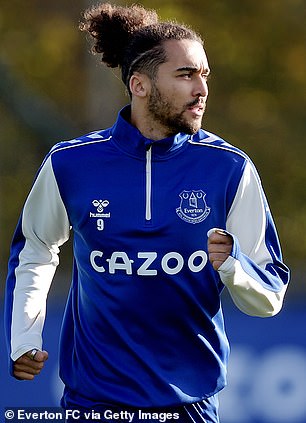 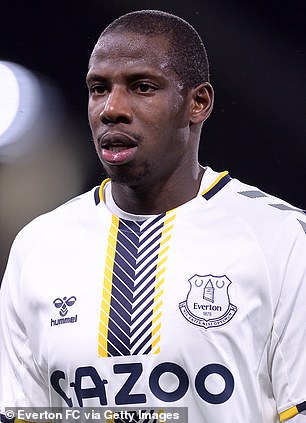 ‘Richarlison was in the Copa America and the Olympic Games and now he is injured because maybe he has been overloaded.

‘The majority of the players are playing more than they would expect if you have a squad of 25 players because we don’t have too many (available).

‘We are trying to manage these problems of the past. We take responsibility because we know we can improve things but sometimes you cannot stop a broken bone of Andros Townsend, the knee of Tom Davies or the metatarsal of Doucoure.

‘When you have players overloaded, and Richarlison is an example, then you have to deal with that. 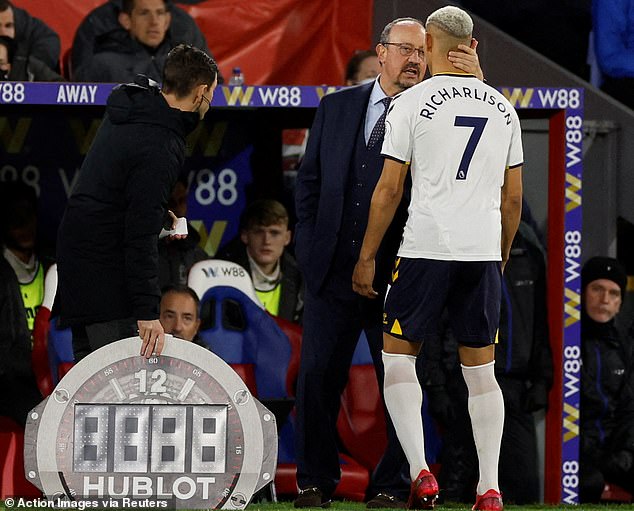 ‘We will try to improve the squad in January in terms of positions and names and hopefully we can do well.’

Forward Richarlison defended Benitez’s decision over his substitution which provoked chants against the manager.

‘Rafa did the right thing for me and for the team,’ he told evertonfc.com after a scan revealed a calf injury will sideline him for a number of weeks.

‘I wasn’t able to play at my maximum capacity because of the issue with my calf and if I stayed on I would have done more damage and, probably, faced a longer period out of the team.

‘I understand the manager was trying to protect me.’